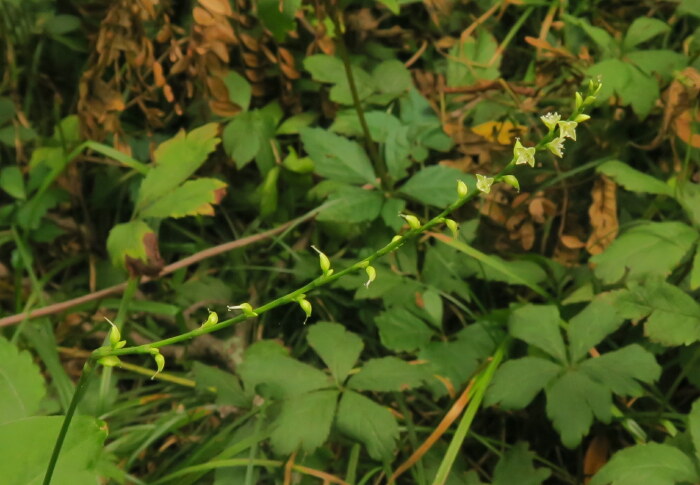 If you’ve walked near the woods or on a shady trail in the late summer or fall, you’ve probably passed by today’s featured plant, but you may not have noticed it. Jumpseed is native to most of the U.S. east of the Rocky Mountains. This member of the buckwheat family thrives in shade or partial shade, especially near woodlands or thickets. It may “be more common in woodlands with a history of disturbance.” Its small flowers don’t attract much attention.

Many plants are known by variety of common names. Oddly, jumpseed seems to have no other common names, but several scientific names refer to the same plant. Illinois Wildflowers explains, “Jumpseed (Antenoron virginianum) has a history of taxonomic instability – scientific synonyms include Polygonum virginianum, Persicaria virginiana, and Tovara virginiana.”

I took all of the pictures enclosed below near my Windsor Heights home in September or October.

For botanically accurate descriptions of jumpseed foliage, flowers, and fruit, I recommend the Illinois Wildflowers and Minnesota Wildflowers websites. I find it easiest to identify the plant from the racemes with flowers. Some plants have more than one spike. 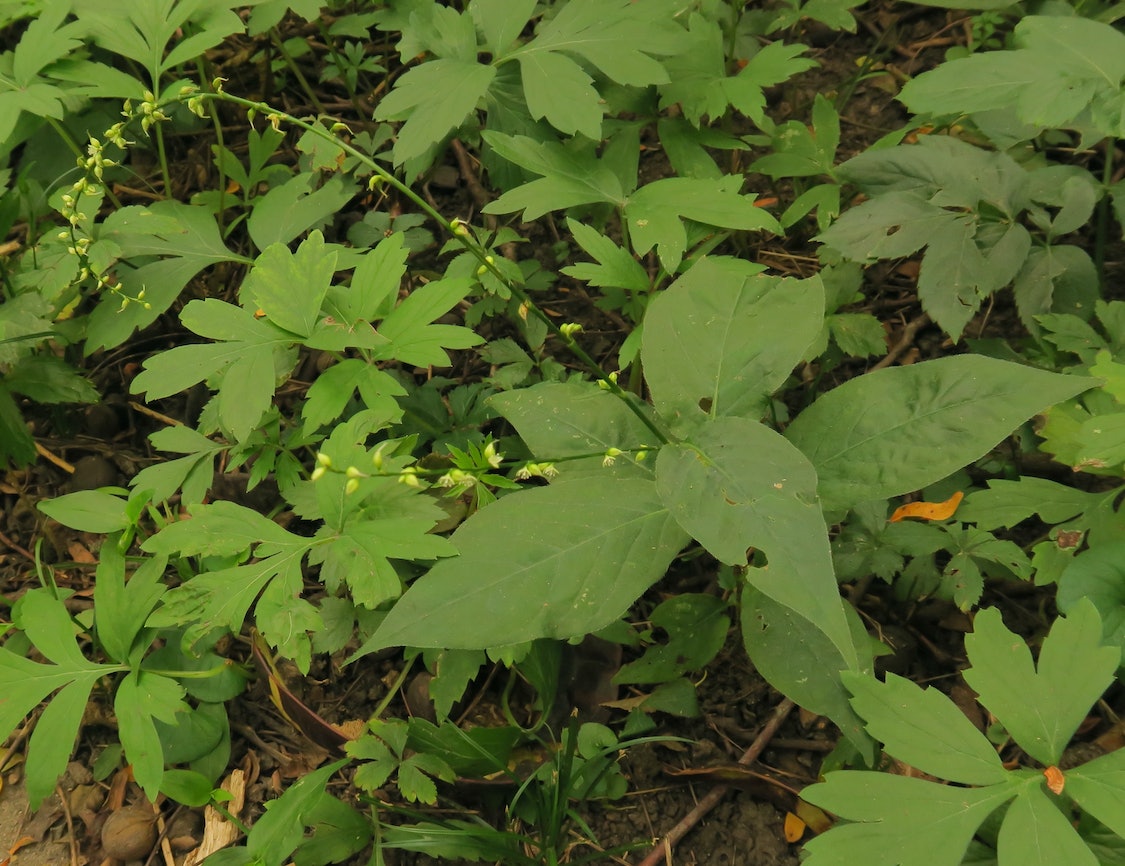 Other have just one spike: 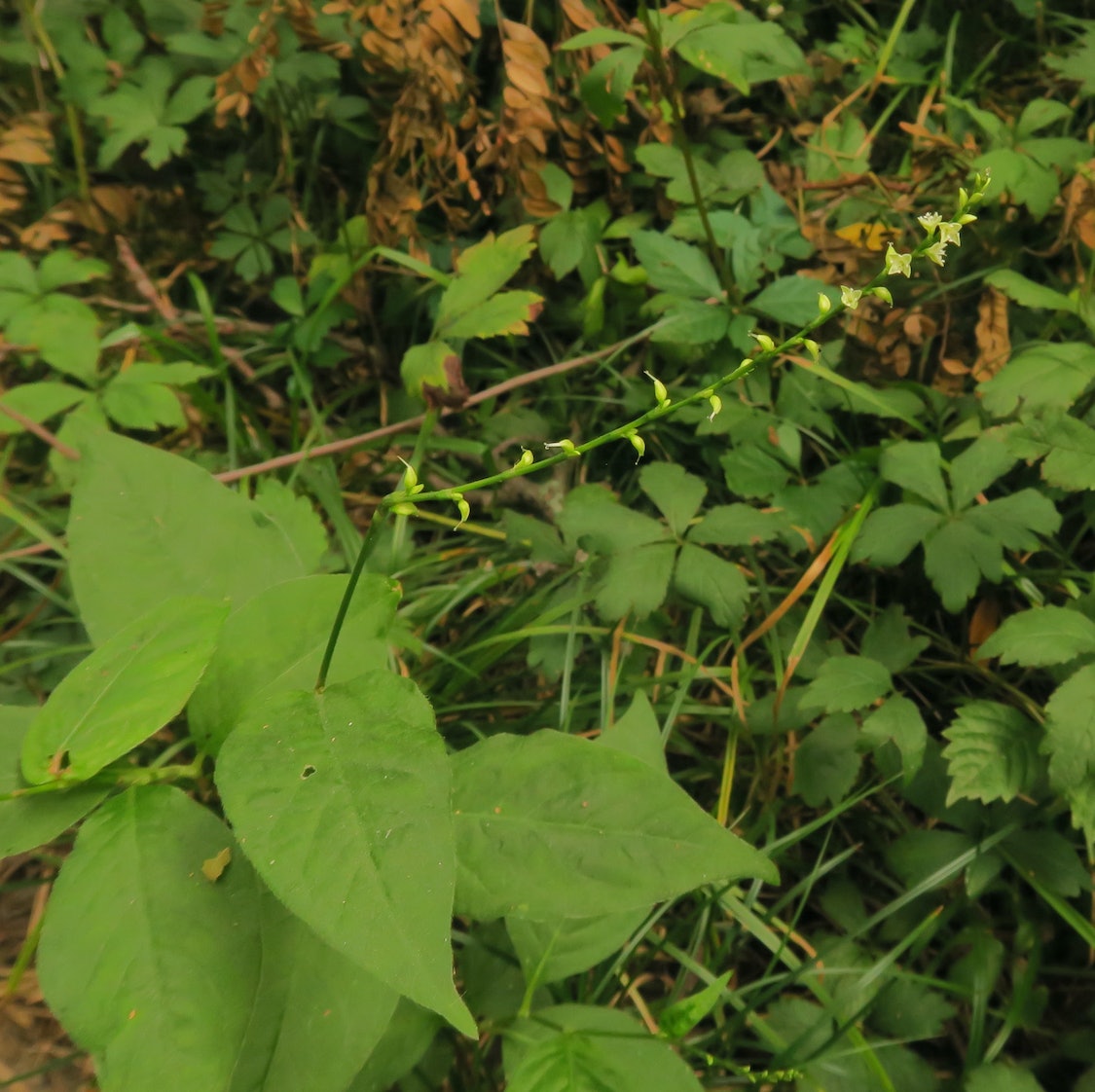 A closer look at the small white or light green flowers, which have four petals: 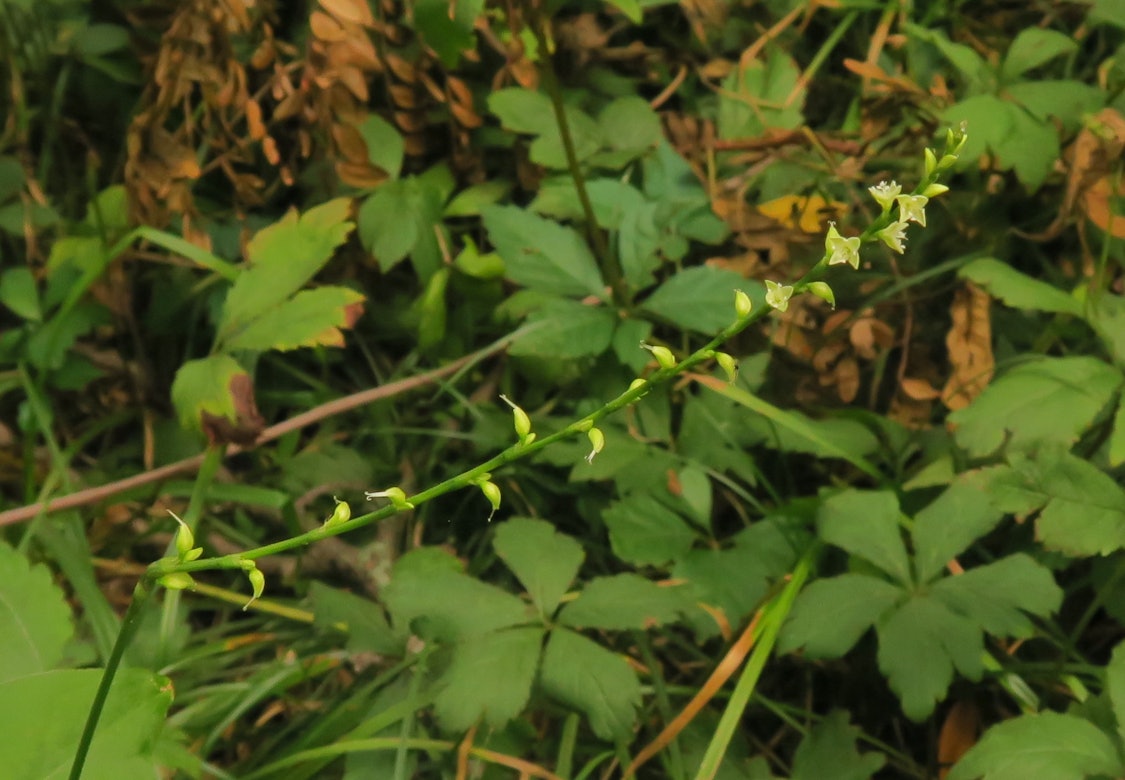 Jumpseed’s blooming period can last for several weeks, because only a few flowers are open at any one time. 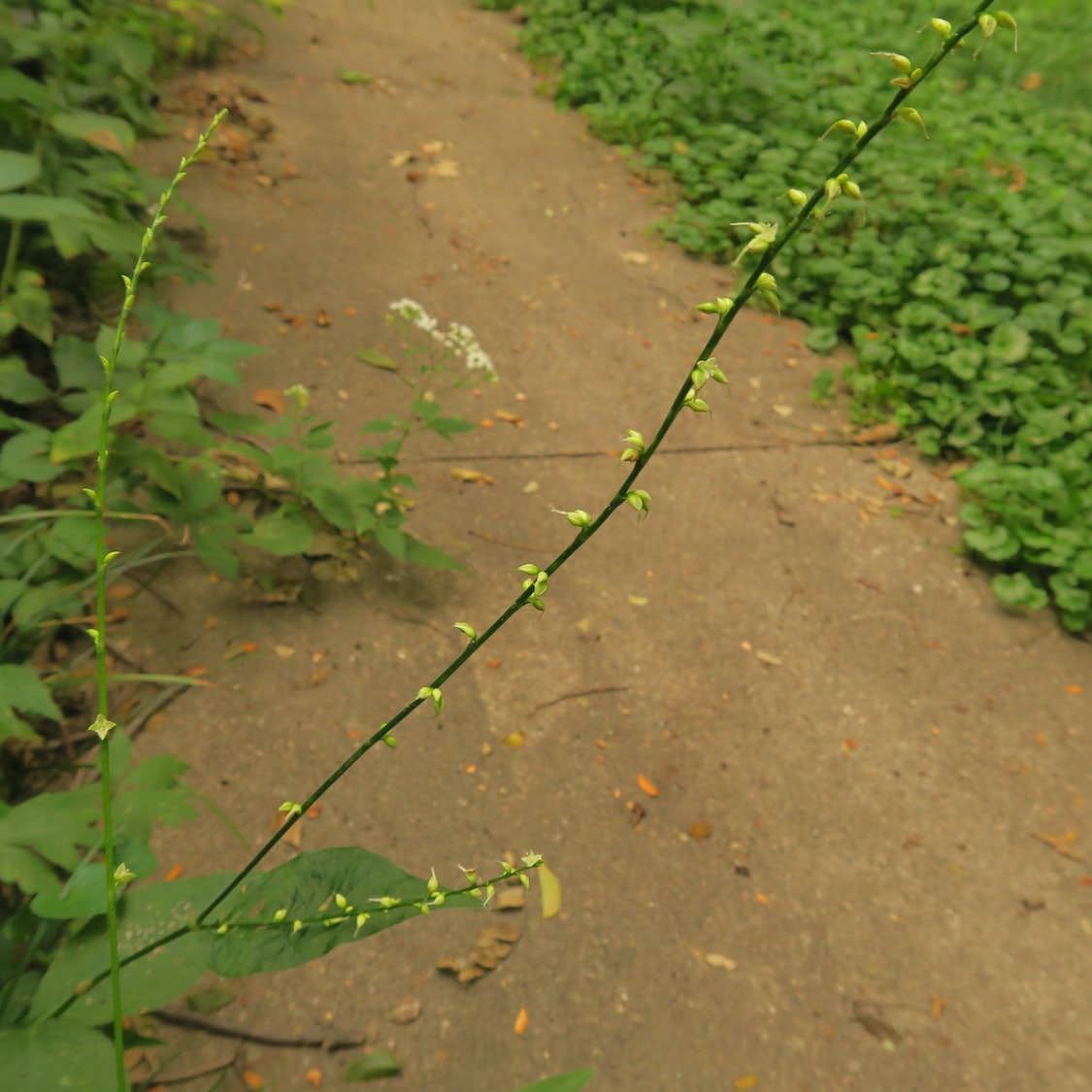 an oval, dry seed with the remains of the style hanging off the tip. When ripe, it jumps off the stem at the slightest touch, hence the common name.

Seeds are forming on this plant. 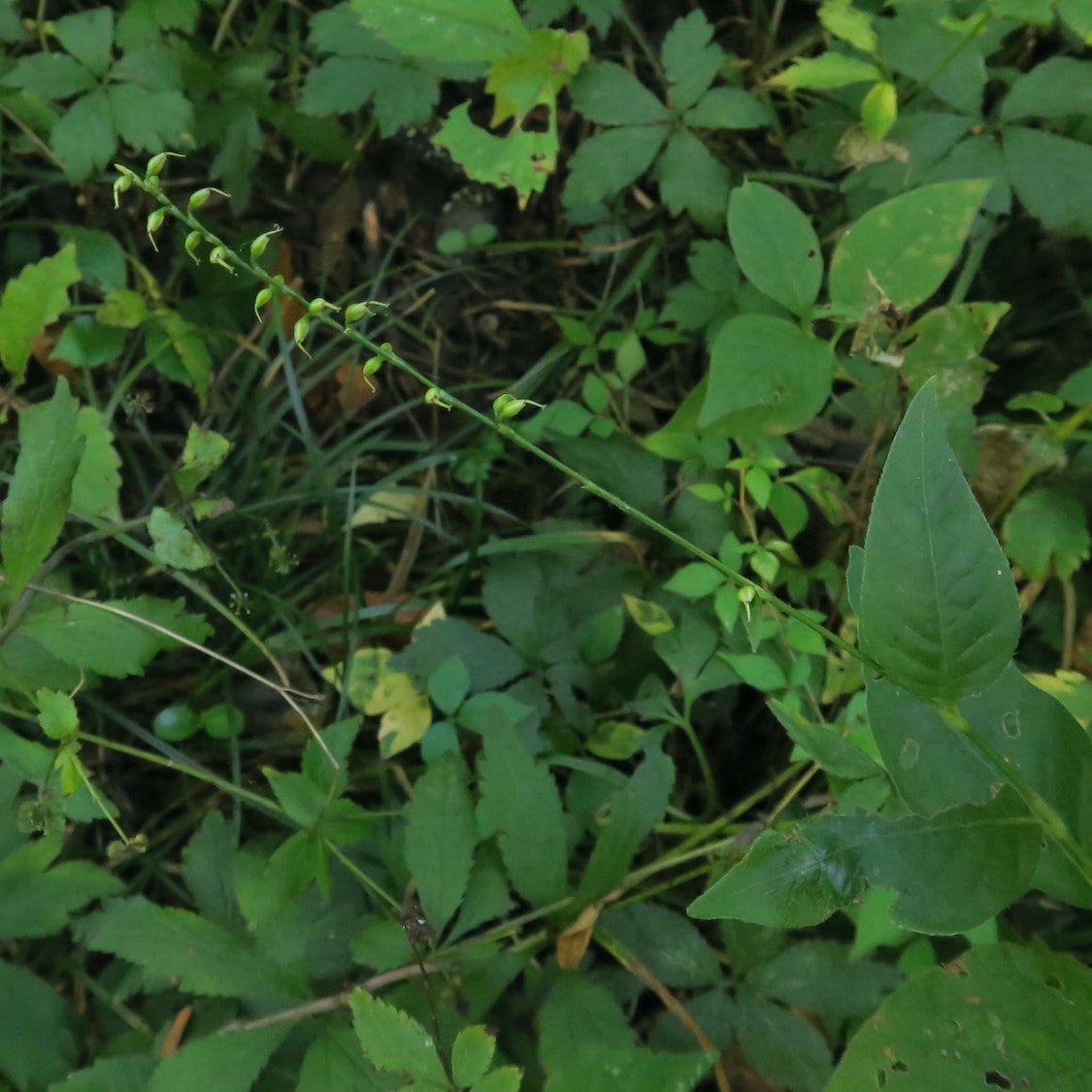 A closer look at jumpseed fruit. (The plant out of focus in the upper left corner is white snakeroot that has gone to seed.) 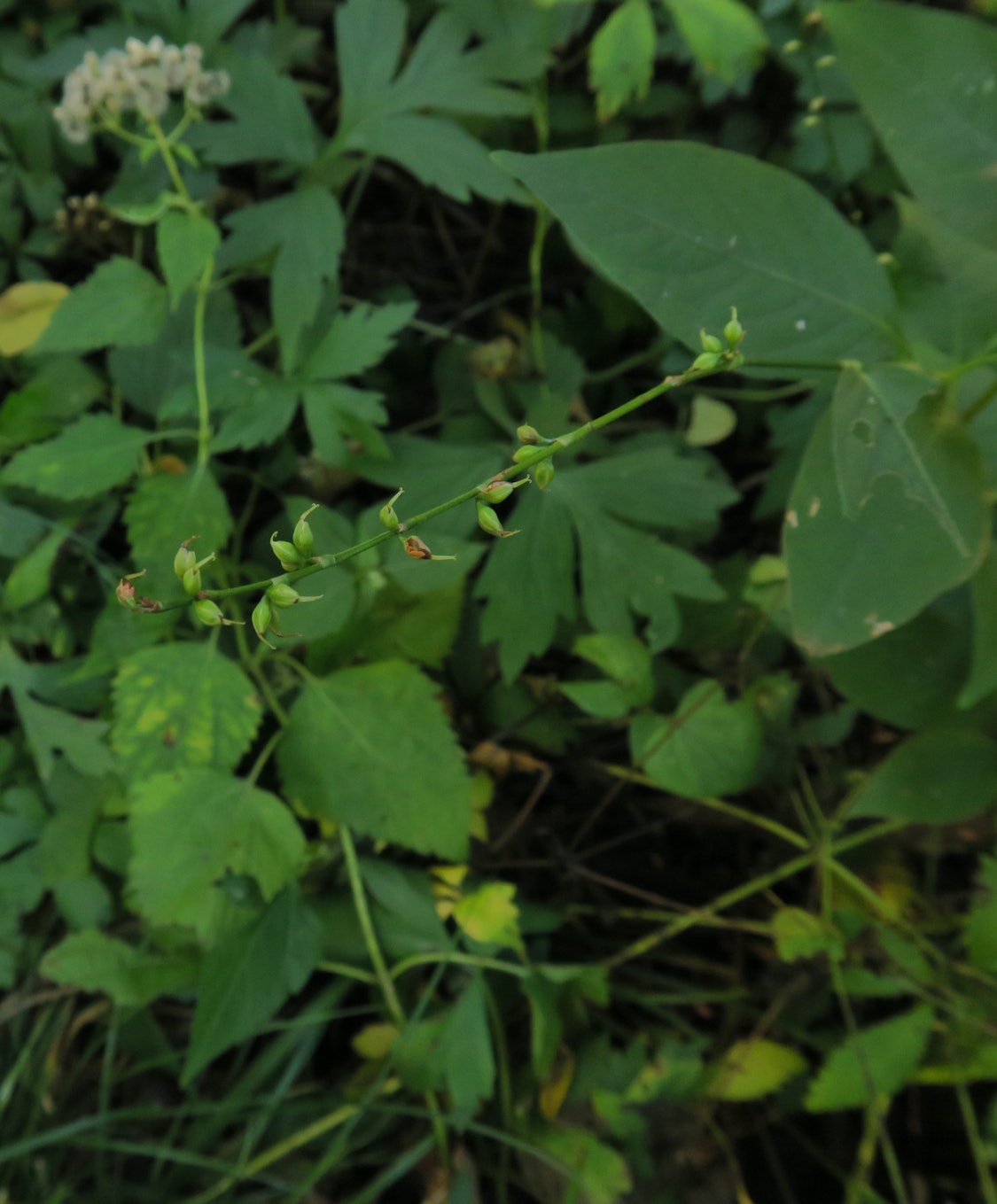 This week I found some plants with fruit ripening. 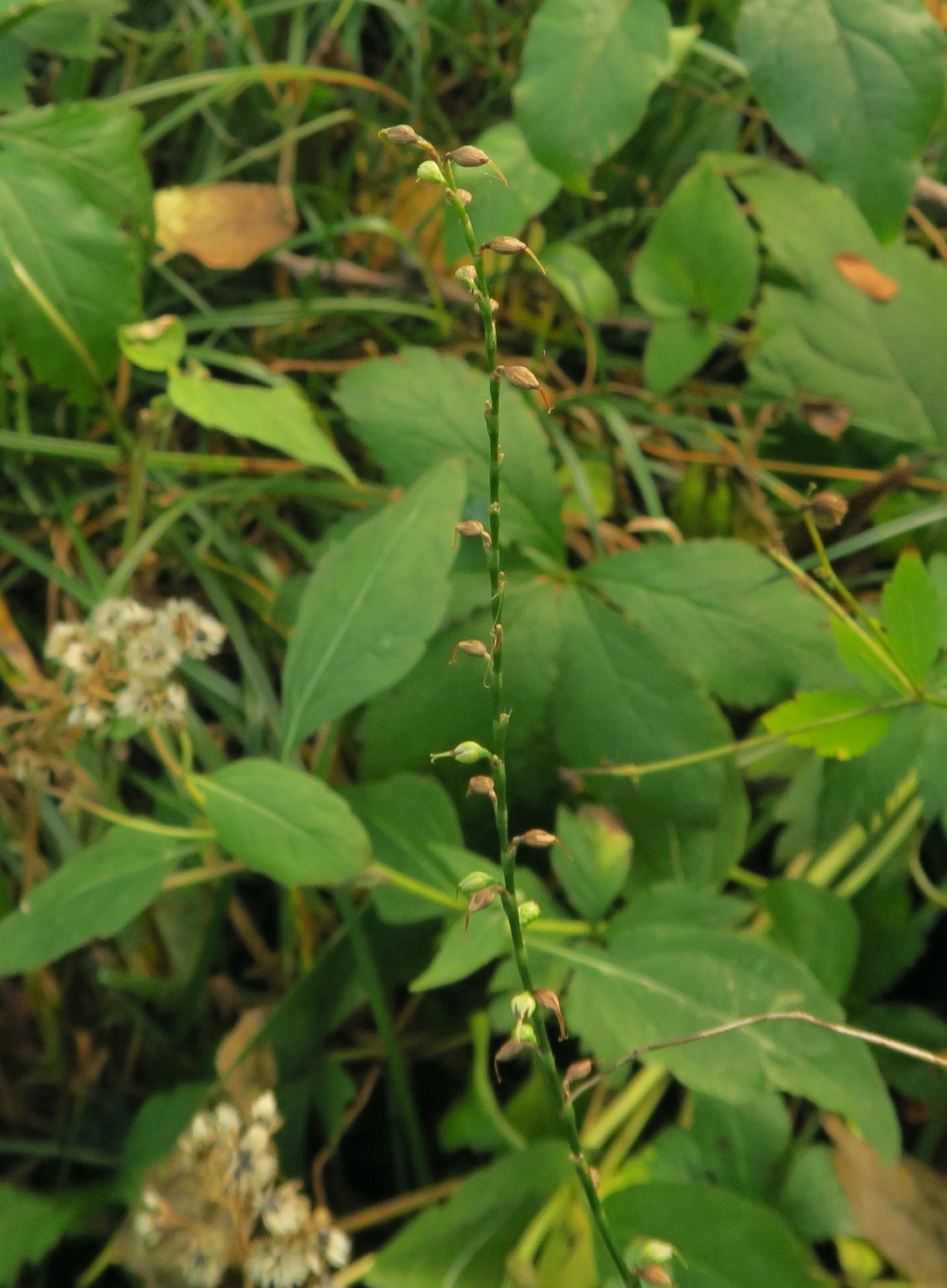 Several kinds of insects feed on the foliage of jumpseed. I have no idea what creatures made the holes in these leaves. 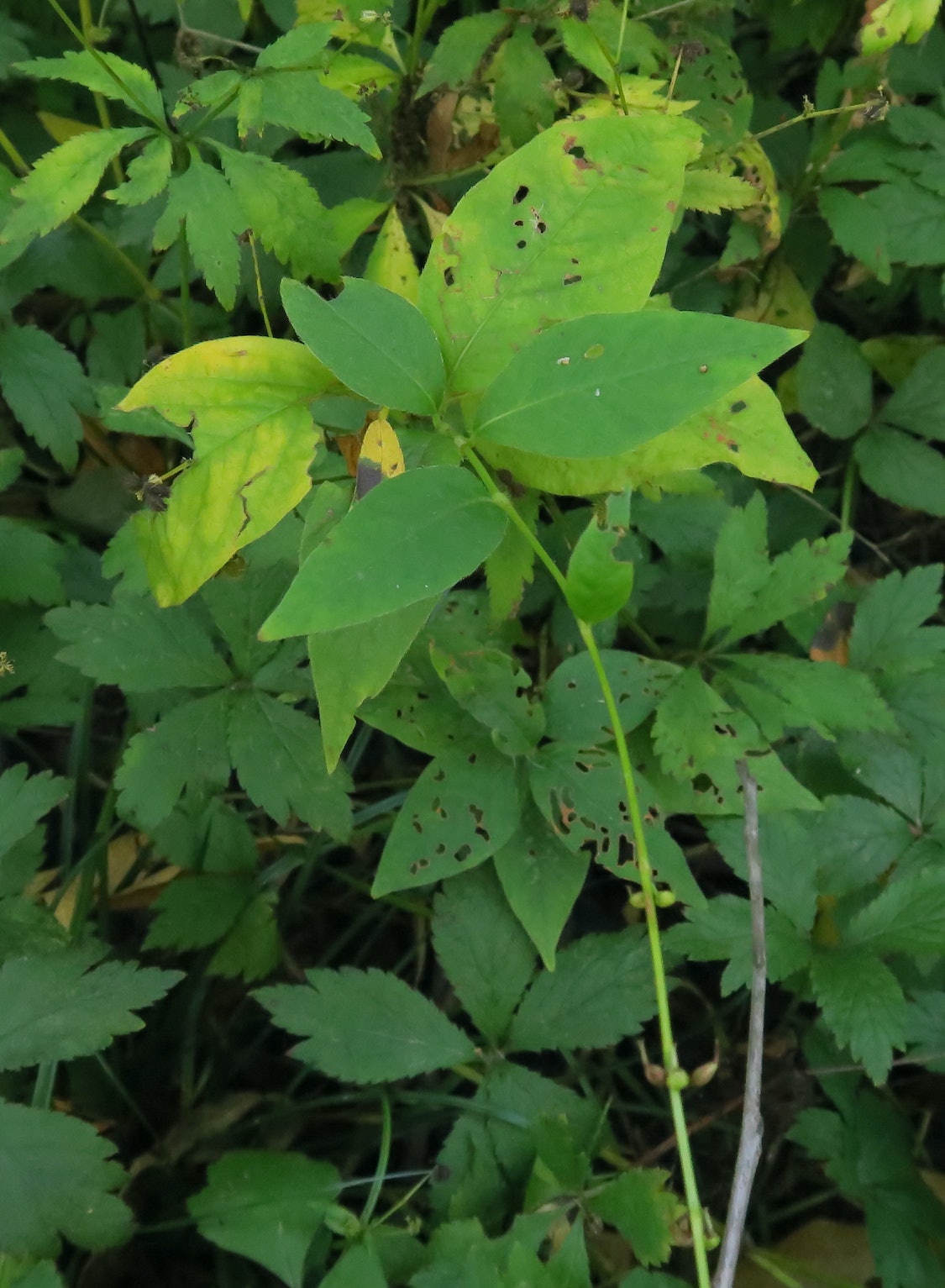 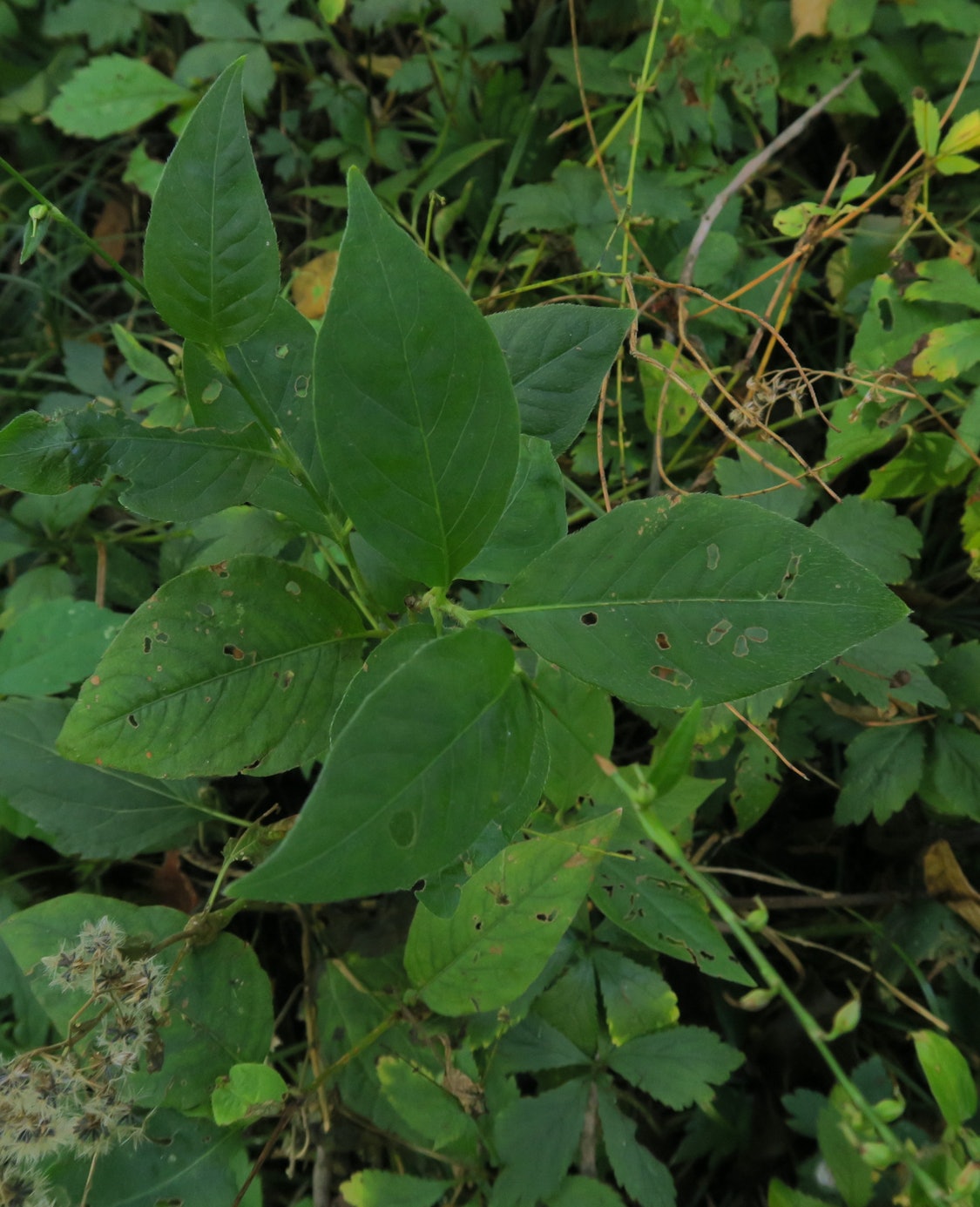