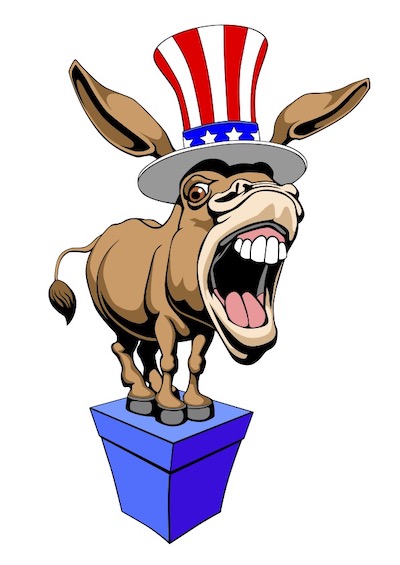 Once again, Democrats are in denial

Ira Lacher: Why is it so difficult for Democrats to do what Republicans are great at—seize an issue and run with it in a straight line to pay dirt?

On November 2, Democrats took a shellacking, losing the governorship of Virginia and nearly New Jersey, along with many local elections, once again illustrating they can't convince enough Americans they share their values. Three days later, proving Napoleon's adage "In politics, stupidity is not a handicap," some doubled down.

Despite the Democratic-controlled U.S. House finally passing President Joe Biden's infrastructure bill that promises to repair dangerously broken bridges and highways, hasten to bring broadband internet to hundreds of rural counties, and enable scores of other improvements throughout much of America, six Democrats believed it still wasn't progressive enough, and voted against it.

Representatives Jamaal Bowman and Alexandria Ocasio-Cortez of New York, along with Ilhan Omar of Minnesota and Ayanna Pressley of Massachusetts, claimed they couldn't vote for the bill without concurrent Senate passage of Biden's social program legislation, Build Back Better, which is stuck in legislative quicksand. Rashida Tlaib of Michigan blamed "corporate polluters" for co-opting the infrastructure bill. Cori Bush of Missouri accused conservative Democrats of pressuring members to accept a "half deal."

Ridiculously, Indivisible, which calls itself an advocacy group for progressive change, praised the renegades for voting against a bill that stands to benefit tens of millions of Americans. "If the White House and Democratic leadership had spent more time today moving the corporate conservative Democrats hell-bent on standing in the way of these critical and massively popular proposals instead of forcing progressives to support a position that puts it all at risk, we might be in a different place," Mary Small, the group's project national advocacy director, wrote in a news release.

<Deep breath.> Why is it so difficult for Democrats to do what Republicans are great at—seize an issue and run with it in a straight line to pay dirt, instead of meandering all over the field and losing yardage?

Back in September, when the Democrats were beginning to engage in fratricide over both bills, former Democratic Senator Claire McCaskill of Missouri had harsh words for her party's extremists. "This is not Bernie Sanders' or the progressive caucus' package -- this is Joe Biden's package," she told MSNBC's "Morning Joe." "This is the candidate that won the Democratic nomination. And I think most people would say he did not win the nomination from the left -- he won it from the middle."

"It looks awful and stupid to America," she continued, "and the Republicans are banking on the fact that the Democrats are going to take more of the blame than they are because they are in charge, and it looks like a bunch of idiots running around."

"Some of these people need to go to a woke detox center or something," Carville told PBS News Hour, adding: "They're expressing language that people just don't use. And there's a backlash and a frustration at that. . . . And I have got news for you. You're hurting the party. You're hurting the very people that you want to help."

Democrats, listen up: Those way on the left don't typify Democrats.

The most recent Pew "Political Typology" survey shows almost seven in ten Democrats disagreeing with the party's leftmost wing. This supermajority see themselves as solidly liberal, strongly support the party, and agree with many of its positions. But they also may push back on progressive firebrand issues such as immigration, the military, and crime. They are the 21st-century "silent majority," remaining mum while the left wing shrieks on social media, giving the rest of America the impression that Democrats are a collection of Marxist woke-ies.

All this comes down to a simple prescription: Democrats should do a lot of polling to figure out which of their views are popular and which are not popular, and then they should talk about the popular stuff and shut up about the unpopular stuff.

Why is this vitally important? Because Democrats need people -- real people, not just progressives -- to vote for them in next year's congressional elections. Otherwise, Republicans will take over the House. High on their list will be dissolving the commission investing the January 6 insurrection. That'll guarantee we never know how complicit the former president and his congressional storm troopers were in attempting to overthrow the results of an honest and fair election. And enable the sequel, scheduled for release in 2025.

Top image of donkey braying by artkamalov, available via Shutterstock.