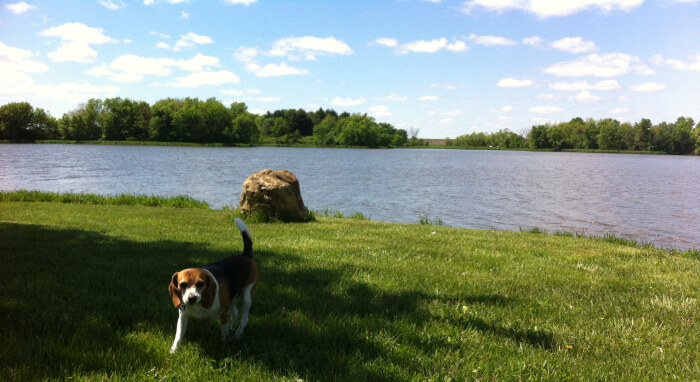 Drinking water, vaccines, and the tragedy of the commons

Before a planned international trip for a humanitarian non-governmental organization a few years ago, I received cholera and typhoid vaccinations as part of a set of several jabs administered by Iowa's Polk County Health Department. Despite some transient ill effects, I survived to tell the tale, one more unsung miracle performed daily without fanfare by the protectors of our public health.

In 1854, Dr. John Snow physically mapped out London's cholera epidemic of that year and demonstrated that cholera is a water-borne disease, that outbreak mostly tied to a single sewage-contaminated water well. It took a very bad year of sewage stench four years later before the city committed money to begin building the most impressive sewer system in the world for its day in order to protect the common water supply.

The contamination of London's water supply was a classic example of "the tragedy of the commons." And in Iowa it still is! Governor Kim Reynolds managed to gloat recently over a long-needed plan to spend $100 million to improve Iowa's often stinky, fertilizer-and-hog-manure-contaminated public water supplies. The new money, she said in her official press release, comes from some mysterious "ARPA." Unsaid is that this is the "American Rescue Plan Act of 2021," enacted over the opposition of every Republican in Congress.

"The tragedy of the commons" is a triple-threat concept. The term has its origins with a 19th century economist, William Forster Lloyd, addressing the economics of the British tradition of the "common," acreage set aside in a village for grazing the livestock belonging to all of that community's "commoners."

Ecologist Garrett Hardin resurrected Lloyd's example in a 1968 article in Science, expanding the concept to humankind's abuse of our shared natural environment. Finally, ethicists have widely adopted this concept to talk about the ever-present moral clash between the rights of the individual and our collective responsibility to the community.

The end lesson is the same in all three fields. Unmanaged common land will tend to get overgrazed by selfish individuals trying to maximize the size of their flocks. Unmanaged commons-held natural resources like the air and water will likewise be "overgrazed" by aggressive corporations and their pollution exploiting what economists term externalities. Finally, the commonweal, the public welfare, can be irreparably polluted if a small number of people are only looking out for themselves and their nuclear families at the expense of the rest of us "commoners."

The ghost of "Typhoid Mary"

In the early 1900s, New York City was (literally) plagued with typhoid fever, and by then they knew that it was communicated from person to person, spread by eating food or drinking water that had been contaminated with the feces of an infected person. The infections of 53 people, including three deaths, were traced to one asymptomatic cook, Mary Mallon. Because she refused to voluntarily quarantine herself and continued to infect people, the city arrested her as a public health threat, and eventually had to hold her in custody for 30 years.

The best ethical dilemmas are not imagined "trolley problems," but rather are real-life public decisions for which there is no good answer. Locking up Mary Mallon was a restriction on her civil liberties, but her insistence on returning to situations where she contaminated others made her a clear threat to public health. She was, dare we say, willfully stupid as well as criminal. She could have likely avoided forced custody had she acted responsibly, rather than as a threat to the public health.

The earliest days of the typhoid epidemics ought to sound familiar to our ears today. The cause was unknown, the best treatments were undeveloped, and vaccines were not widely available. For many years, the most effective typhoid vaccines were made from live viruses, which can have unpleasant and risky side effects.

For over 100 years, "we the people" have decided that the public health, our “shared commons,” is best served by requiring reasonable mitigations against typhoid fever, cholera, and other communicable diseases. We have commonly required vaccines where indicated, even though most people survive typhoid and other communicable diseases with treatment.

The U.S. has reduced its number of typhoid cases to an estimated 6,000 annually through its continued efforts at mitigations and vaccinations, most of which is today invisible to us. And although cholera continues to strike millions of people worldwide annually, it is now basically unheard of in the United States. Your public health professionals at work.

Polio and the public health

I was quite young in the 1950s when I received, first, the injected Salk polio vaccine and later, the Sabin "sugar cube" vaccine. I do not remember if there was any organized political opposition to widespread vaccine mandates at the time. However, I do know that my Michigan hometown was dominated by stolid Dutch immigrants and their children, a very conservative bunch. My conservative congressman Gerald Ford, later to be president, was always re-elected with only token opposition. Half of my newspaper route in the 1960s refused to subscribe to the Sunday Grand Rapids Press because reading the newspaper on Sunday would be a sinful act. But regardless of which house on my paper route my friends lived, we all got vaccinated for polio.

My point here is that, in the 1950s and 1960s, most respectable conservatives truly believed that the public health was an essential part of "the commons." All of our leaders understood "the tragedy of the commons," including Richard Nixon, who established the Environmental Protection Agency in 1970. That agency has had sweeping powers to preserve the "environmental commons," but that consensus, too, is at risk today with court challenges to "Chevron deference."

Vaccine money was well spent for decades. That was seen as an essential stewardship of government. Requiring vaccines for schoolkids, health workers, and the military was considered to be "standard public health policy" by conservatives and liberals alike. But no more.

And this post was not about cholera or typhoid or polio.

The top photo of Home Pond, which is Lamoni, Iowa's public water "commons," (and Matilda Beagle) is by the author and published with permission.