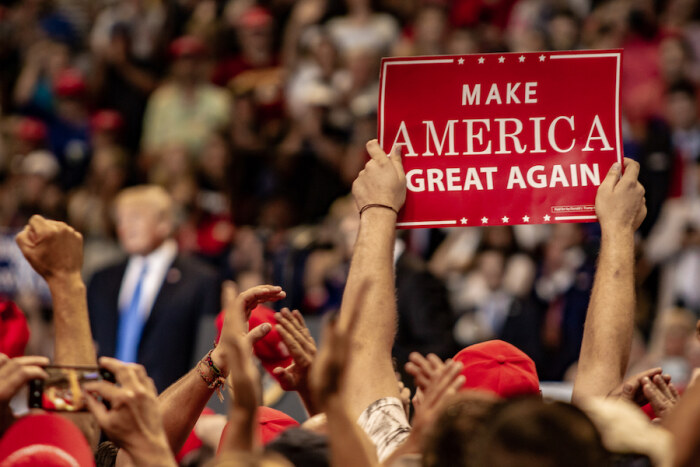 Send in the clowns? A bit late for that

Given the political madness of the day and the “book burners” and others set loose upon us, Stephen Sondheim's lyrics to “Send in the Clowns” are haunting —particularly the last two lines: “Quick, send in the clowns/ Don't bothеr, they're herе.”

That assessment leads to other thoughts:

• In the late 1960s and early 1970s, President Richard Nixon and his veep, Spiro Angew, repeatedly invoked the support of the so-called “Silent Majority.” Now we are confronted by the “Loudmouth Minority.”

• The real “Heartland” of our democracy is not the Midwest, much as we would like to think. The “Heartland” is the voting booth.

Let’s take those in order.

MAHA not MAGA: In line with his delusions about MAGA, Trump is considering who might be his running mate as vice president on the Trump ticket in 2024:

“They’re all begging me. They all come here,” Trump is said to have boasted to one adviser. Iowa Governor Kim Reynolds has not been among those making a pilgrimage to Trump — but her name is in the mix, according to some observers.

Reynolds, however, is coping well with her grief of a year ago about not being able to join what turned out to be a futile lawsuit seeking to overturn the 2020 presidential election by throwing out results from some states that supported Joe Biden.

All this is in the name of making the nation “great” again.

None of this “with malice toward none with charity for all” concept that the humble first Republican President Abraham Lincoln longed for, well before the party became a cult.

The so-called “religious” right has joined the greatness cult, too, contrary to the humility and servitude preached by its founder.

The loudmouth minority: Referring to citizens pressing their point of view as “loudmouths” may be but a vulgar way of saying one disagrees with them. The political science pioneer A. Lawrence Lowell (1856-1943) put it more elegantly in saying that opinions are weighed, as well as counted. What is viewed as “public opinion” may be the views not of the majority but of the more vehement, the more involved, the more influential, the campaign contributors.

The problems posed by opinion and influence perhaps being weighed more than counted are compounded when citizens are denied the right to have their votes counted. Such denial was evident when GOP-controlled legislatures across the country (including in Iowa) passed laws this year to make it more difficult for people to vote — particularly when those people are not likely to vote in line with Trump-cult Republicans.

The Brennan Center for Justice has covered this year's new barriers to voting well. Previous Bleeding Heartland posts have commented on the same trend, and on U.S. Senator Chuck Grassley's false statements in defense of such legislation.

The “real” Heartland: Themes of service, sacrifice, humility and other virtues are common across religions and in countless aspects of our public and personal lives.

So it should not be surprising that a church bulletin should include a Christmas message that has relevance to all of the above. It’s from Lutheran Theologian Dietrich Bonhoeffer (1906-1945), who was executed by the Nazis in the final week of World War II because of his opposition to Adolf Hitler. His context was the Christmas season, but the reflection fits well for citizens in a democracy, and serves as a good way to wish you well for the season and the new year:

“…we cannot simply be bystanders or onlookers,
as if we were at the theater, enjoying all the cheerful images.
No, we ourselves are swept into the action there,
into the conversion of all things.
We have to play our part too on this stage,
for the spectator is already an actor.
We cannot withdraw.

After all, as Sondheim wrote, the clowns are here.