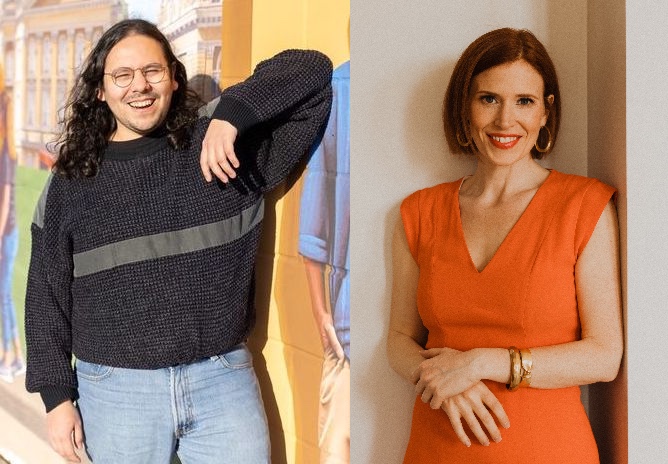 An unusual race is shaping up in a solid blue Iowa Senate district with no incumbent.

Normally, the Democratic nominee in a district covering parts of Des Moines would be a lock to win in November. But community organizer Alejandro Murguia-Ortiz will run in the new Senate district 17 as an independent candidate on a progressive platform.

The Democratic field is nowhere near set; the first candidate likely to make a formal announcement is Grace Van Cleave.

The new Senate district 17 covers areas on the north and east sides of Des Moines, near downtown and including the state Capitol and part of the "east village." No sitting senator lives here. 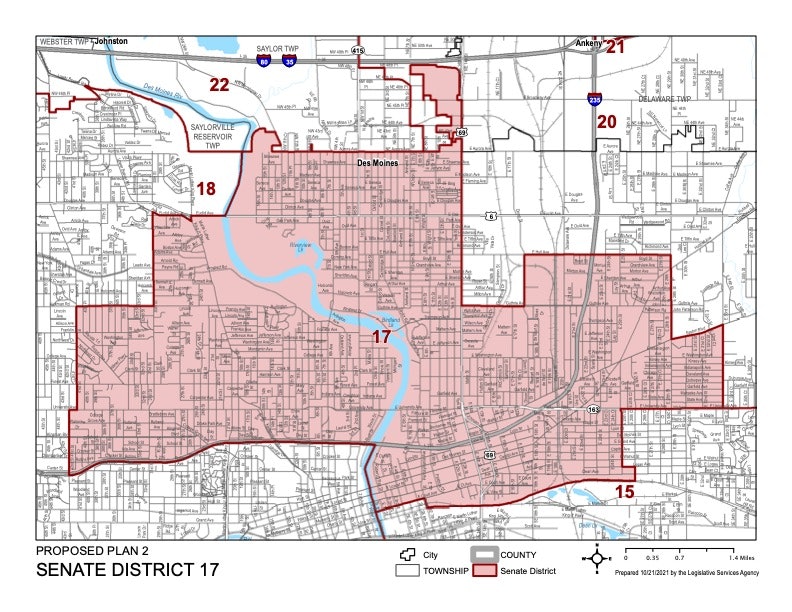 According to a map Josh Hughes created in Dave's Redistricting App, Joe Biden and Theresa Greenfield each received about 70 percent of the vote in precincts that are part of the new Senate district 17. Democratic candidate Fred Hubbell received 73.6 percent here in the 2018 governor's race.

In a typical election year, the only competition for this kind of seat would be the Democratic primary. Republicans often don't field candidates in deep-blue legislative districts. I am not aware of any GOP candidates planning to run in Senate district 17. ToyA Johnson, who competed as a Libertarian in an east-side Senate district in 2020, has not announced her plans for 2022.

I expect several Democrats to file here. The only one actively campaigning, to my knowledge, is Grace Van Cleave, who has worked with many past Democratic candidates. She told Bleeding Heartland on December 15 that she formed a campaign committee last month. She is "building out my team and planning an aggressive grassroots outreach campaign," with plans to announce her candidacy "in the near future." Van Cleave added,

As a former EMILY's List staffer, I learned "Early Money is Like Yeast - It Raises the Dough!" Currently, my main focus is on daily fundraising that will allow our campaign to do all of the outreach we would like to do. As of now, we're hitting our goals, and I think we will have some momentum going into the first quarter. What's really resonating is the concern women have about their reproductive health being at grave risk in a way it has not in 50 years, and they know I have been and will be a strong voice in that space.

Van Cleave expects "a crowded field" for this open seat. She told me, "One of my favorite things about being a Democrat is we welcome in and build up leaders. Primaries ensure the winner is someone who did the work and earned it, and I wish we had more people running all across this state, not fewer."

Please let me know of other Democrats who plan to run or are seriously considering the race in Senate district 17. UPDATE: State Representative Ruth Ann Gaines is thinking about running here.

UPDATE: State Representative Ako Abdul-Samad announced on December 19 that he will seek re-election in House district 34, which makes up half of this Senate district.

LATER UPDATE: Izaah Knox announced in January that he will seek the Democratic nomination in this district. He has a campaign website and Facebook page.

The nominee will face at least one general election opponent. Alejandro “Ale” Murguia-Ortiz formally launched his campaign on December 15. He confirmed to Bleeding Heartland that he will file as an independent candidate.

In his news release (enclosed in full below), Murguia-Ortiz said he became involved in political organizing "in response to the working conditions faced by his family during the COVID-19 pandemic." Kassidy Arena reported on the family's struggles and Alejandro's organizing work in this feature, which Iowa Public Radio aired on December 16.

He will campaign on a platform of "workers rights legislation, immigration reform, and racial justice." Among other things, he wants to establish community-owned utilities and housing, "put workers on employer boards," decriminalize controlled substances, and defund the police.

The Democratic nominee will go in to the general election as a heavy favorite in this district. However, a well-organized independent candidate could have a shot in an area where Republicans are not competitive. Indira Sheumaker outworked and defeated two-term Des Moines City Council member Bill Gray this year in Ward 1, which covers part of the area in Senate district 17.

My campaign won't just be about getting me elected. I want to work with you to organize and build power that can actually deliver on the needs of our communities. Want to organize your workplace? Want to join a tenant union? Want to get connected to existing mutual aid efforts or help meet a need in your community? Our campaign wants to help you accomplish that. [...]

Iowans have never elected anyone of Latino ethnicity to the state Senate, and Republican Mark Cisneros is the only Latino ever elected to the state House. Murguia-Ortiz will be working hard to mobilize Latino voters, a large potential voting bloc in this part of Des Moines. He issued English- and Spanish-language versions of his campaign announcement and has already released a Spanish-language campaign video.

Born in Sioux City, IA, Alejandro (he/they) is the son of immigrant meat-packing workers. He began organizing in response to the working conditions faced by his family during the COVID-19 pandemic. Through their work as a community organizer, Ale advocates for Iowans all across the state supporting workers rights legislation, immigration reform, and racial justice.

Electoral politics alone will not deliver on the will and needs of the people, but a state-wide platform can be a catalyst for significant change. Political figures should build power for their constituents instead of using their platform to entrench institutional power for corporations and the rich. Alejandro knows true change can be achieved when it is demanded by the people.

His platform divests from corporate leadership and instead allows us ownership over our lives and neighborhoods:

Direct Democracy and Mutual Aid. Government officials are not connected to the community, and many officials make their office intentionally unreachable. Ale will build new systems to provide direct representation and invest in the needs of our communities.

Decriminalize Poverty and Substance Use. Criminalizing poverty and substance use perpetuates cycles of harm and trauma. Instead of displacing our neighbors and stripping them of resources, Ale will help build systems that address community needs.

Abolish ICE. Defund the Police. Build Community. Federal, State and local agents do not belong in our neighborhoods, schools, nor homes. The presence of law enforcement in our communities has resulted in escalations of violence, and has been proven to further exacerbate harm.  We must reallocate resources back into the health and safety of our communities.

Ale will be led by the people of District 17 to address the material needs of his constituents, by redirecting resources and bringing decision-making power back into the hands of the people.