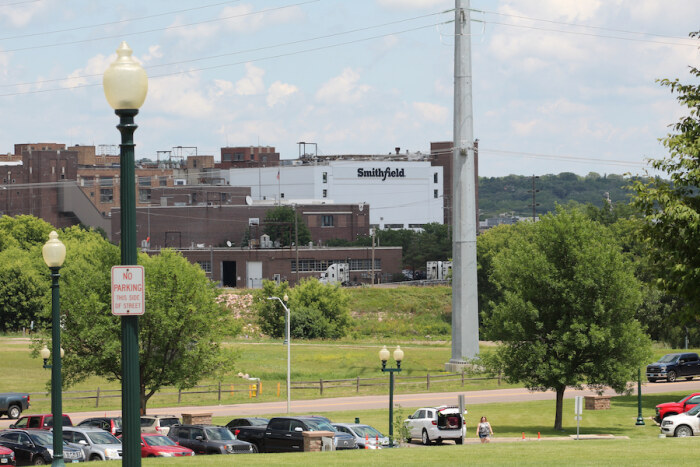 "Get Big or Get Out": An American horror story

C.J. Petersen is a "dirt road Democrat" and rural organizer.

In the 1987 movie Wall Street, Gordon Gekko quipped that “Greed, for lack of a better word, is good.” Since that time, the American family farm—defined by farm economist and researcher Alicia Harvie as a farmer “who makes the management decisions, provides the bulk of the labor on the farm, and looks to make all or most of their living from farming,” has been on the decline.

Corporate agriculture revenues have been on the rise, reaching record profits even amidst a once-in-a-century global pandemic. Lax enforcement of antitrust laws in the agricultural sector of the economy has harmed family farms and led to the corporate consolidation of the industry, resulting in increased costs and the hollowing out of rural communities.

Around the turn of the 20th century, the United States experienced a gilded age of rapid economic growth. It was a time in which large corporations, known as trusts, began to form monopolies to control entire industries. The trusts sought to set prices without regard to market value and subjected their workers to harsh abuse and mistreatment. Congress passed the Sherman Antitrust Act in 1890, which set rules for free competition and provided a mechanism for the federal government to break up corporations that violate the rules of fair competition.

President Theodore Roosevelt, the progressive populist in the White House, was the most prominent of the early trustbusters, implementing regulatory reforms and prosecuting the abuses of market share by corporations like the Northern Securities Company. Roosevelt implemented regulation of rates for rail transportation and food prices for the first time in the United States.

Despite alternating periods of weakened and strengthened enforcement through the next several decades, the changes implemented around Roosevelt's time helped to balance the scales between big business and consumers, resulting in sustained economic growth. Beginning in the 1970s and ramping up quickly in the 1980s, enforcement action by the Federal Trade Commission, or FTC, dropped off and has not since recovered.

During the Reagan administration in the 1980s, the enforcement of antitrust laws became more relaxed due to the influence of Robert Bork, whom President Ronald Reagan would go on to appoint to the Supreme Court (Bork’s nomination failed, and he was never confirmed). Bork believed in the “near-universal infallibility of the free market,” assuming corporations would always act in a way that leads to increased efficiency and would bring widespread economic prosperity for all. This economic theory is widely in line with the prevailing trickle-down attitudes among conservatives of the day.

The relaxed enforcement of antitrust law in the decades that have followed often makes news when scandal hits Big Tech companies like Facebook or Google. But antitrust is most sorely needed today in the agricultural sector. The share of profits making their way back to the farmer decreased from 37 cents of each dollar to just 15 cents since the early 1980s. This decline in compensation has led to many farmers leaving the industry altogether, selling off their operations to larger, better-financed outfits that often just happen to belong to multi-national corporations.

The largest pork producer in the United States (and one of rural Iowa’s large employers), Smithfield Foods, has been owned by Chinese company WH Group since 2013. The four largest turkey producers own more than half the market share and have continued to disproportionately raise prices at rates that outpace inflation. The amount of money required just to purchase the fertilizer, feed, seed, and other inputs has increased exponentially as monopolies in agriculture have settled in.

The scaling-up of agriculture, “get big or get out” mentality has discouraged farmers from staying and made it nearly impossible for entrepreneurs to begin in the industry.

Price-fixing trials have rocked the U.S. poultry industry recently, a sign that antitrust enforcement may be on the rise under the Biden administration. But more work needs to be done. The consolidation of the family farm is problematic because it has led to the collapse of rural economies. According to the USDA’s National Agricultural Statistics Service, the number of farms in 2020 in Iowa, a largely rural state with an agrarian economy, decreased by 300 farms from the year prior. And it’s not just Iowa: farms have been on the decline nationally, with a quarter disappearing in the last four decades.

The decline in farm income, combined with increased multinational corporate control of agriculture, has changed the landscape of American farming. The phenomenon has ushered in a real decline in the standard of living for rural communities, leaving in its wake an economic environment with few jobs and even less pay. Even folks I talk to who are charged with rural development seem resigned to the idea of small towns disappearing as the farm economy becomes bigger and more consolidated.

Senator Elizabeth Warren, the Massachusetts Democrat, has asked the Biden administration to use its antitrust authority in a bigger way. In a letter to Assistant Attorney General for Antitrust Jonathan Kanter dated November 22, 2021, Warren wrote that “consolidation and vertical integration appear to be other key factors leading to rapidly increasing poultry prices for consumers” and that “when companies have monopoly power as massive suppliers, they can jack up prices of the goods they sell.” Senator Warren called for the DOJ to crack down on price-fixing by the poultry industry and others.

Iowa’s Republican Senator Chuck Grassley has also sounded the alarm on antitrust in the poultry industry and agriculture sector of the economy, writing in his own letter August 9, 2021, “I am concerned that continued mergers and acquisitions in an already concentrated poultry industry will increase consolidation, frustrate competition and reduce marketing options.”

Senators Warren and Grassley are on the right track in tackling the crisis of consolidated agriculture. Their shared concerns highlight the bipartisan appeal of cracking down on big ag in the future.

Rural communities deserve more than to be pillaged until the last crumb has been excised, driven by distant robber barons glimmering with Gekko’s golden creed of greed. It is easy to look at all that ails the farm economy and our food supply and feel discouraged, but there is a path forward that can help slow, and perhaps reverse, the decline.

There is good news: we already know what works because it's been done before. By restoring the protections of the past century and breaking up large conglomerates, the Justice Department and FTC can help right the ship for generations to come.

Antitrust enforcement is a tool the government already has in its belt; only time will tell whether the political will exists to use it.