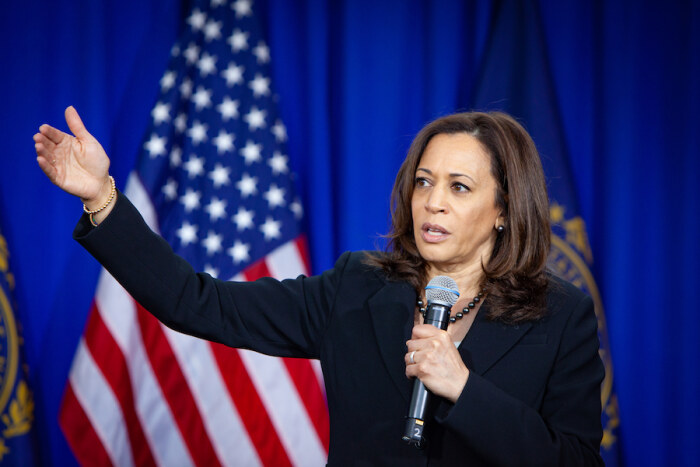 The news that Justice Stephen G. Breyer intends to retire at the end of the U.S. Supreme Court's current term should warm the cockles of those who welcome the appointment of a justice who believes in something other than "might makes right (wing)." Do we dare to use the words "Joe Biden victory" in a headline?

We can. But to succeed, he will have to carefully plan strategy, the way a winning football team must anticipate every defense formation and tactic -- along with the offense's inevitable missed blocks, miscues, and outright fumbles. So, in this season of NFL playoff games, I offer myself as the Biden administration's offensive coordinator.

But those are just names on a roster of possible receivers. Every elite quarterback needs a go-to. The good news is, Biden has one, sitting just down the West Wing corridor.

Persona: check -- she's a Black woman, with immigrant parents and a Jewish husband.

Age: check -- at 57, she's 26 years younger than Breyer, foreseeing a long tenure on the bench.

So how does Biden get her the ball?

She won't receive the massive bipartisan Senate support Supreme Court nominees once enjoyed, such as Antonin Scalia's 98-0 vote after being appointed by Republican Ronald Reagan in 1986, and Ruth Bader Ginsburg's 96-3 tally in 1993 after being nominated by Democrat Bill Clinton.

On the other hand, it's unlikely that Republicans can sack Biden, the way they did Barack Obama in 2016 when he tried to appoint Merrick Garland to the Court after Scalia's death. Republicans can't blitz like that this time because Democrats are the majority in the Senate, placing them in party chairs, as well as the majority leader's post.

But Biden likely will need all 50 Democratic senators to confirm his nominee, and he faces two glaring weaknesses in his offensive line: Senators Kyrsten Sinema of Arizona and Joe Manchin III of West Virginia. Both have been barnacles on the party, particularly Manchin; besides torpedoing Biden’s Build Back Better bill, he also broke Democratic ranks to confirm Trump's Court pick of Neil Gorsuch. Sinema didn't, and, like Manchin, voted against Trump's second pick, Amy Coney Barrett. But she did scuttle Biden's voting rights bill by defending the filibuster, which she claimed helps "[make] the Senate work better for everyday Americans."

Which is why Biden needs to get their support on the record -- now. He could start by taking a lesson from Lyndon Johnson, also known as LBJ but informally as SOB.

As majority leader, vice president, and then president, the Texan was skilled in twisting not just senators' arms but their entire torsos. To do this, Biden needs to get Sinema and Manchin into the Oval Office, one-on-one, and let them know that if they vote "no" on confirmation, their states -- and their voters -- will suffer. Added military contracts, infrastructure money, and jobs? Fuhgeddaboudit. And everyone will know that it's their fault.

It seems that Breyer has learned from RBG's mistake. By declining to resign from the bench as late as 2013, when Democrats last ruled the White House and Senate, she prevented Obama from naming a liberal successor, and allowed Trump to name a trifecta of picks, facilitating a 6-3 right-wing Supreme Court majority. Breyer's announcement, months before the Court's term ends in June, should give Biden plenty of time to strategize what could be his biggest win before the 2022 midterm elections, which nearly the entire universe predicts will end cataclysmically for the Democrats.

For Biden, this high court vacancy is just win, baby. And it needs to be filled this year, before the GOP recaptures home-field advantage. In politics, unlike football, there's no overtime.