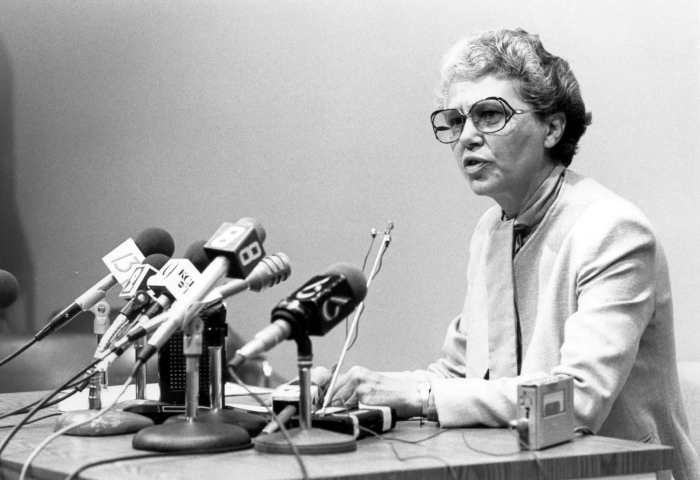 A golden anniversary for Title IX

Several weeks ago, working on a writing assignment unrelated to this column, I explored the remarkable career of Patsy Takemoto Mink, a U.S. representative from Hawaii. From 1978 to 1981, she served as President of Americans for Democratic Action, a national advocacy organization currently celebrating its 75th anniversary. Mink’s crowning legislative achievement was guiding Congressional passage of Title IX, signed into law by President Nixon on June 23, 1972.

Title IX is a mere 37 words: “No person in the United States shall, on the basis of sex, be excluded from participation in, be denied the benefits of, or be subjected to discrimination under any education program or activity receiving Federal financial assistance.”

Two items worth noting: First, while the law clearly forbids gender discrimination, athletics is never mentioned. Second, in the intervening 50 years, female participation in high school sports has grown by 1,057 percent, 614 percent at the college level.

June 23, 1972 was my 18th birthday, several weeks after high school graduation, several months before heading off to college. At the time, I gave no meaningful thought to girls’ sports. Perhaps not many in my school district had either, at least not prior to Title IX. I recently cracked open my 1972 high school yearbook, something I hadn’t done in 40 years, and counted opportunities to participate in sports. For boys, nine; for girls, two… track and tennis (not including modern dance, mentioned on the one page dedicated to girls’ sports, versus eleven for boys’ sports).

As essential as Representative Mink was to Title IX legislation, there was still significant need for an implementation champion.

Enter Dr. Christine Grant. Born in Scotland in 1936, Grant arrived at the University of Iowa in 1968 where she became a trailblazing advocate for women’s sports nationwide. Coupled with the 19th Amendment guaranteeing women’s right to vote, Grant called Title IX “the most important federal legislation passed in the 20th century for women in this nation”.

She was not exactly an impartial observer. Grant drafted guidelines for the law, advocated at Congressional hearings, consulted with the federal civil rights task force, and provided expert gender equity testimony in legal cases. Amy Wilson, NCAA’s managing director of inclusion (a former doctoral student of Grant’s) called her “the North Star” of women’s sports advocacy. Tributes pouring in after Grant died last December cited her conviction, persistence, and passion, plus her spellbinding speaking style, featuring a “Scottish brogue (that) won over a lot of hearts."

While numbers are important, the truest measure of any legislation comes in lives altered, in this instance, women participating in sports who otherwise might not have had the opportunity. For a personal perspective, I contacted my favorite athlete, our daughter, inquiring about sports’ impact in her life. Her response, lightly edited:

Participating in athletics, from elementary school through post college, shaped me so significantly I can't capture it in words. My best friends have all been teammates. Working towards a common goal bonds people and pushes you to grow, to be better for others. Working to be your best requires mental fortitude, persistence, and sacrifice, but it doesn't only help you be a better athlete. It teaches you how to achieve goals you care about long after games are over.

A closing thought. President Nixon had many things on his mind on June 23, 1972. Six days earlier, burglars broke into the Watergate Building. An Oval Office recording captured his June 23rd comments in what became known as the “smoking gun” tape. The President was participating directly in a cover-up of campaign’s illegalities.

Signing Title IX legislation that day, he spoke mostly about busing for desegregation, not mentioning expanded opportunities for women. Like others (including me), apparently, he didn’t grasp Title IX’s far-reaching impact.

Top photo of Dr. Christine Grant available via the University of Iowa's collection, published online after Grant passed away on December 31, 2021.