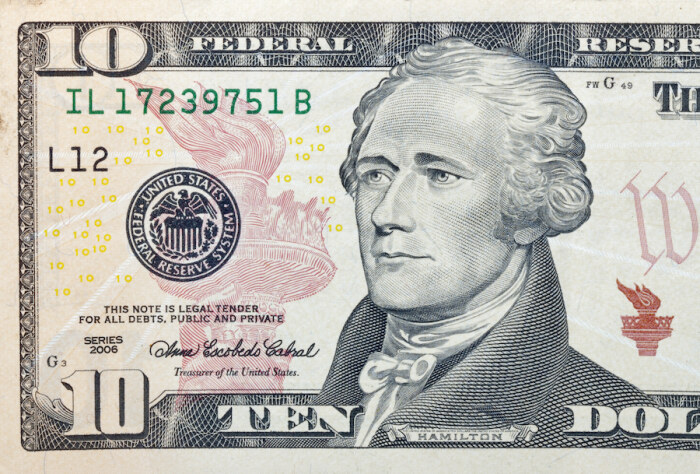 Art Hackett proposes a "secret weapon" that could help a Democratic candidate for governor in Iowa.

I drafted this post shortly after State Representative Ras Smith suspended his campaign to be the Democratic nominee for governor last month. His stated reason was his inability to get the attention of big money donors. I hoped a newspaper might publish it as a guest column and Smith might reconsider the governor's race. (Smith announced February 5 that he will not seek re-election to the Iowa House.)

So here we are, a little more than a month from the March 18 filing deadline for major-party candidates in Iowa. Des Moines business owner Diedre DeJear is the only active Democratic candidate for governor. She raised just under $280,000 last year and had a whopping $8,547.28 cash on hand as of December 31.

If an independently wealthy person or candidate with some other secret weapon joined the field today, they wouldn’t be far behind DeJear. Fred Hubbell spent millions from his family fortune on his 2018 campaign, but we got Kim Reynolds as governor anyway.

You’re probably wondering what I mean by "secret weapon."

I developed this scheme ten years ago in connection with a long-shot campaign for governor in another state where I was living. I called it the Hamilton plan.

This was before the musical of the same name hit Broadway. Yes, I know Alexander Hamilton had his faults, but the fact remains, his picture is on the U.S. ten dollar bill.

If there is a competitive primary, the general election would be treated as a separate event and people could pony up their ten bucks again.

Consider this: nearly 631,000 people voted for Hubbell in the 2018 governor's race. If you could convince everyone who voted for him to give you ten bucks, you would have $6 million to run a campaign.

And you could raise more. Only Iowans can vote for you, but maybe Iowans could rope their out-of-state relatives into the effort. Your campaign slogan: “Ten bucks says Iowa has a bright future.” You don’t need a fundraising pitch. Your slogan is the pitch.

Consider the savings. No more bulk mailings begging people for just-one-more donation. No more fundraising consultants. Your fundraising would mainly be done over the web. There would only be one option: $10.00. Once your name and address is tied to a contribution, future attempts would get a response of “Thanks for your support. Keep the rest of your money. Go bug your friends.”

As long as you beat that slogan (“Ten bucks says Iowa has a bright future”) into the ground at every stop, you can spend your time talking to voters instead of making repeat phone calls to big money donors who didn’t want to talk to you in the first place.

One last point: I am not a candidate for governor or any other office. Iowa needs someone younger with more recent knowledge of state government than I picked up when I was a reporter in Dubuque forty years ago.

But Iowa definitely needs someone other than Kim Reynolds.

Art Hackett is a Texas born and raised retired TV reporter. He worked in Dubuque in the late 1970s and spent 30 years as a magazine segment producer with Wisconsin Public Television. He moved back to Cedar Rapids in retirement to be close to grandchildren.