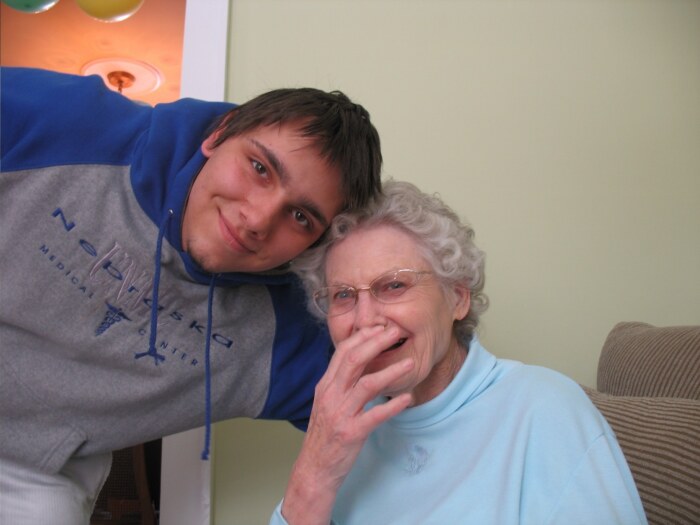 Several years ago, my wife and I had a friend our family called Grandma Ruth. Ruth was special to us. She was one of the first people we brought my newborn daughter to meet. She had taken a special interest in our kids and was always present for their big events. Often, we would pick her up and bring her to our house for football parties and holidays. She included us in the celebration of her life events as well. She was estranged from her own family and just became part of ours.

I learned a lot from observing how Ruth navigated her world. She had learned how to use senior transportation services to get to doctor appointments as well as to the grocery store or other activities. She knew how to arrange Meals on Wheels and how to keep current with her disability to remain eligible for services she absolutely needed.

Ruth had a great sense of humor. She would often remind me of what a psychiatrist had said when she caught her mumbling to herself. She said, “He told me it was ok to talk to myself, and it was even ok to answer myself. It is not a problem until you start disagreeing with yourself.”

Ruth was living on her own in a senior apartment for a number of years until she fell and fractured her hip and then her other hip. Then her dementia progressed to where she needed 24-hour nursing care. After my wife and I and another friend took on the duties of power of attorney, I got a front-row view—from the patient and the family perspective—on how broken the health care system in this county had become.

First, she had to become impoverished to qualify for Medicaid, because Medicare (which she had) did not cover long-term care. She was continually buying a new recliner or dresser for her room so that she did not have too many savings and would not get kicked off Medicaid. When we wanted to move her closer and out of a facility that she did not like, we had to wait for her to get sick enough to require hospitalization. We then hoped that she survived and that there was a Medicaid bed in the facility we wanted to transfer her to.

Ruth was lucky in some ways. I have seen other patients who frequently changed pharmacies and therapy groups due to facility contracts and payor relationships. We had known her through the addiction recovery community, and she was almost completely cut off from that in the nursing home. If we had not brought meetings into her facility, she would have been cut off from the central theme of the last 40 years of her life.

I share all of this to demonstrate how fractured and patient-unfriendly the current health care system can be for people who need to access it on a regular basis. A single-payer system, as spelled out in the Medicare for All Act, would solve many of these problems.

It would be available to every person in the United States, not just those over the age of 65. It would bring efficiency to health care in the form of consistent processes for submitting claims and predictable payment timelines. It would give administrators the power to negotiate the price of pharmaceuticals. It would allow dignity and choice.

A system that provides appropriate care for all translates into a healthier society. One in which there is a greater portion of the population that is available to contribute to the economy. One in which wasteful transportation and coordination of accessibility are streamlined into easy access for all. It improves the quality and the fund of knowledge of providers through more frequent interactions with experts outside their traditional spheres. It addresses the isolation of rural communities and demands an infrastructure that increases the opportunities for other businesses to thrive.

The defining elements of a successful single-payer system are:

Implementing a Medicare for All system will build on our experience of already successful single-payer systems, which exist in the United States but for limited populations. The medical system that serves the U.S. military is like a single-payer system, as is the Veterans Administration’s medical system. Both have created efficiencies in documentation and achieved excellence in the delivery of wellness care to diverse populations across the country and around the world.

Our response to the COVID-19 pandemic taught many lessons with regards to technology in the physician clinic. The expanded use of telemedicine provided safe and effective access for patients in remote or quarantined settings. Electronic participation in care coordination with home care providers, nursing homes, therapists, and between providers improved the quality of care and created efficiencies that allowed more people to be served.

One of the most important outcomes of a single-payer system is that quality of care becomes the driver of where the patient chooses to access care. In the rural setting, where patients are currently driven away from their local providers by closed networks, they would be able to access convenient care. Health outcomes would improve as chronic conditions could be locally managed in a timely manner. Home-health services provided by families would not result in loss of coverage. They would be paid and recognized as health care team members.

In the U.S., we spend more than double the amount of most other industrialized nations on health care per capita. In 2018, that was more than $10,500 per person. The second-highest spender was Germany, which has a universal health system and spends just under $6,000 per person. Despite our excessive spending, the U.S. ranks ninth against those same countries in health outcomes for our citizens.

Our goals to reduce health care costs and increase quality of care are not in conflict.

Top photo of "Grandma Ruth" provided by the author and published with permission.