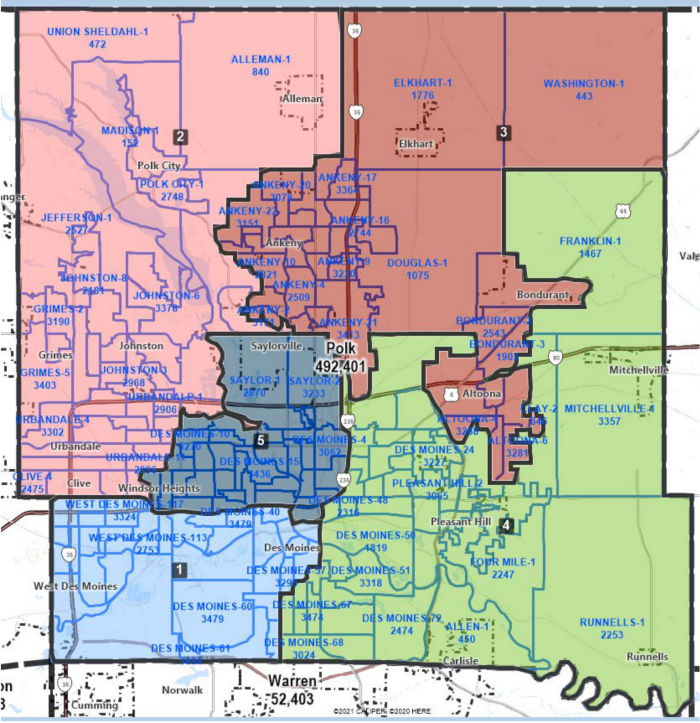 For decades, Iowa’s non-partisan redistricting process has been the gold standard for congressional and legislative districts. This has been the fairest way to redraw district boundaries and prohibit the practice of gerrymandering and political bias.

A recent change in state law has brought the Iowa gold standard redistricting process to counties. Polk County received a non-partisan plan that is compact, contiguous, and most importantly nearly equal in population with a standard deviation of 0.03 percent to 0.28 percent.

While Iowa has passed a non-partisan map for decades, Polk County has gerrymandered to favor incumbents and allowed them to pick their voters.

Under the new state law, if the Polk County Board of Supervisors were to reject the first map and get a second one, it can be amended. If we are to keep the gold standard for redistricting in Iowa and reverse Polk County’s gerrymander curse, I need your help. I have a serious reason to believe that efforts are underfoot to destroy the gold standard and gerrymander in the secret backroom deals that have long plagued this county.

With the new state law, the public has an opportunity to comment on the proposed map. Polk County has called for a public hearing which will be held on Monday, February 28 at 9:30am in the Polk County Board Room, 111 Court Ave, Des Moines. Please be there in-person to voice your opinion.

Democrats, advocates, community leaders, and everyday Iowans raised the alarms when they thought Republicans would gerrymander the state this past year. Now, this same energy needs to come to Polk County. Will you sit idly by and let this happen or will you help save a piece of democracy? Like we always say, all politics are local.