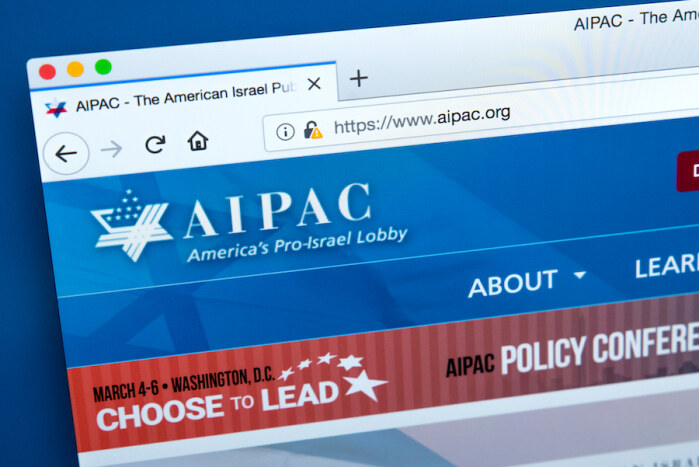 Needed at Purim: another act of courage

Ira Lacher: Jews have not, can not, and must not support people whose mission is to undermine everything that has made the United States of America a haven for Jews.

The following is a copy of an email I sent to someone I know at the American Israel Public Affairs Committee (AIPAC). This organization, which calls itself a "bipartisan American organization that advocates for a strong U.S.-Israel relationship," recently has become anything but.

"AIPAC slammed for endorsing Republicans who refused to certify Biden’s election," reported The Times of Israel.

And the fiercely pro-Israel Jerusalem Post, owned by the right-wing Murdoch clan that owns Fox News, noted: "AIPAC’s PAC endorses dozens of Republicans who refused to certify Joe Biden as president." The article, which reported that the group endorsed 59 Democrats and 61 Republicans, included "Jim Jordan of Ohio, was prominent in the events surrounding the Jan. 6 insurrection."

I know a young man who has a prominent position in AIPAC. I was honored to be present at his bar mitzvah, I remain good friends with his family, and, as such, I had to write him personally about this. What follows is the text of my email to him. I have deleted his name and position because I know that, in this stupid age, people mistakenly believe they have the right to harass someone they disagree with.

Hi, Xxxxxxx. I hope you are doing well and staying healthy.

I’m writing because I respect you and admire your devotion to the necessary Jewish homeland of Israel, which we share. Which is why I hope you can contribute a commonsense voice to negate an AIPAC policy that can only bring scorn and derision upon the organization, and undermine its sacred imperative: keeping Israel a strong, sacred sanctuary to all Jews.

Many very credible news sources have reported that AIPAC is directly donating money to a number of Republicans who bought into the despicable lie that the 2020 presidential election was riddled with fraud and that Donald Trump really won, and sought to overturn the results of a free and fair election. This lie directly led to the violent insurrection on January 6, 2021, in which law enforcement officers were killed at the hands of murdering thugs who had the gall to characterize themselves as “peaceful patriots.” A congressional committee is now investigating whether a sitting U.S. president committed criminal acts in fomenting this act of what can only be called treason.

Any organization is, of course, free to support, monetarily and otherwise, any candidate it chooses. And I firmly believe that in a democracy, there needs to be a healthy and vigorous debate on policy issues.

But AIPAC’s support for those Congress members is different. They sought to negate a sacred American principle, of choosing our leaders in free elections. This is the way strongman nations, like Vladimir Putin’s murderous Russia, behave. Not the America that has served for so many decades as a hopeful beacon of freedom throughout the world.

I understand that AIPAC has chosen to support those members of Congress because they have reiterated their support of Israel. But in this age, when American democracy is threatened, how can you condone any support for persons belonging to a party that has yanked reproductive rights for women, taken aim at the rights of LGBTQ youths, stripped voting rights from millions of American citizens, and has characterized a violent uprising against federal law as “a completely peaceful protest”?

Jews have not, can not, and must not support people whose mission is to undermine everything that has made the United States of America a haven for Jews.

I urge you to use the influence you have to terminate this support, and to rely on your conscience, and for the Jewish upbringing that sustains you in these perilous times, for the strength to see it through.

Long ago, in the land of Persia, a courageous Jewish woman stood up to a heinous man and rescued our people from oblivion. May the recounting of the soon-to-celebrated festival of Purim be your lesson for doing the right thing in this modern-day Shushan.

My friend wrote back, with these arguments: AIPAC is a single-issue organization; writing off a third of Congress is self-defeating; Republicans are unhappy that AIPAC also is donating to Democrats who backed the 2015 Iran nuclear deal.

"I know this answer will not be satisfactory," my friend wrote, "but ultimately it was the decision we felt was best to strengthen the U.S.-Israel relationship."

It is not. If the price of that relationship abroad is accepting treason at home, it is a deal with the devil. Jews aren't supposed to believe in the devil. But like so much of what we have been taught, apparently, that is changing too.