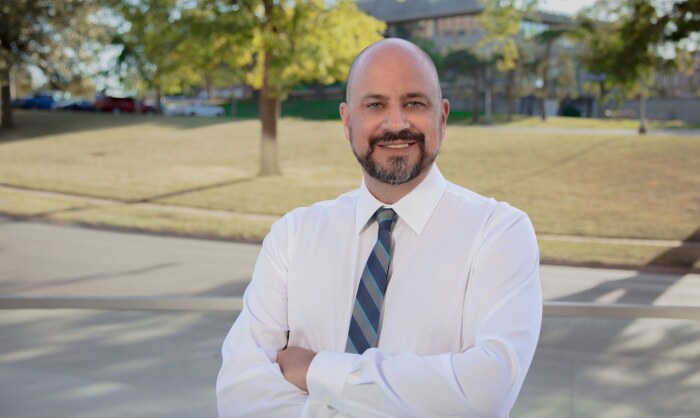 U.S. Senate primary must be energizing

To break this cycle, we must change the type of candidates we are running and how they run.

Our Democratic candidates in those races had much in common. Some were ordained by Washington, DC power-brokers before they appealed to Iowans. They embraced identity over policy in their messaging strategy. They appealed to moderate Republicans and independents, rather than to the Democratic base and disillusioned progressives.

This has been the formula for loss. Repeating it again would be foolish.

If we want to win at the top of the ticket and take back the House or Senate, we must motivate our base first. It is a base that responds to substance, not stories. It is motivated by plans of action and bold contrast to the current representative. Remember, the last Democrat elected at the top of the ballot was exceptional at running for his office and he did so in a way that no Democrat has done since. It was U.S. Senator Tom Harkin.

Energizing the Democratic base begins in the primary. From there we develop the momentum for candidates into the general election. In contested primary races, voters find the candidate they will commit to supporting, and work to get them elected. They then carry on that work into the general. An uncontested primary race requires less effort and resources. But a win that comes while voters rest on our laurels does not make for exciting electoral politics nor does it build the machine necessary to win against the Republican opponent in the general. It does not demand commitment and action. It does not build momentum.

Obviously, the more competitive the primary, the more people will get engaged, and the more energy and excitement that builds for the entire process. The Iowa Democratic primary in 2022 is short on competitive races. And with this year’s filing period closed, the field is established. There are only two competitive statewide races: for secretary of state and U.S. Senate.

We, as candidates, must make those competitive races compelling. The secretary of state candidates will tell you that voting rights are on the line in this election. An issue that should be overly compelling to us all. They are actively discussing their approaches to this issue. One hopes they will attract committed activists to a competitive race.

Iowa's U.S. Senate race offers individuals whose focus or expertise falls into areas of federal policy. Each candidate has positioned themselves uniquely: Abby Finkenauer as the more centrist candidate with a lifetime in Iowa politics; Mike Franken with strong ties to Washington, DC who is ready to go to work on day one; and myself, Dr. Glenn Hurst, as the progressive voice for rural Iowa and Medicare for All.

With the myriad of issues that matter to Democrats, this Senate race has the greatest opportunity for engaging voters and building excitement. There are contrasts to be made against a vulnerable incumbent, Chuck Grassley. And it falls to us candidates to make our positions known and ourselves accessible.

As your Senate candidate, I support:

My platform comes from a lived experience as a rural Midwesterner, a father, a husband, a small business owner, and an active member of the Democratic Party. I have served as a leader in the Indivisible movement, and as chair of the Third District Central Committee successfully working to re-elect Cindy Axne. I have served as vice chair and now chair of the Iowa Democratic Party's Rural Caucus.

I have been a foster parent, a senior’s advocate, medical missionary, military family member, and city council member. My experience has taken me to 47 of the 50 states and given me platforms on CNN, NPR, and Yahoo Finance as well as international media outlets.

In text, we can all make our unchallenged cases for our candidacy. So, it becomes important for voters to have the opportunity to face each candidate and vet us as individuals. Our campaign will be available for forums, debates, home visits, and meet-and-greets. Video conferencing technology has made instant access to every corner of the state a reality, we should use it.

I invite you to share what you learn with friends and family, across your social media platforms, and in your local newspapers and newsletters. Reach out to our campaign (info@hurstforiowa.com) and the others to hear directly from your candidate.

Once energized, what can we do? I encourage you to form hard opinions and share them boldly. Love us, or hate us, but be certain to tell others how you feel about us. Then volunteer to bring other enthusiastic Democrats into the campaign.

If you have not had the chance to meet us, please look for the opportunity in your community, nearby, or invite us to meet with you. Remember to engage with your local party online and find the forums and candidate meetings that have already been recorded and shared on Facebook. Invite us to meet you where you are. Organize a forum, ask your local radio station, TV studio, or blogger to host debates and discussions.

I encourage you to join my campaign, whether in Story County on March 27, from 2:30-4 PM at 2400 Oakwood Dr, Ames, or at other public appearances across the state. Please come and share your values. Then share your enthusiasm. Then we will win. 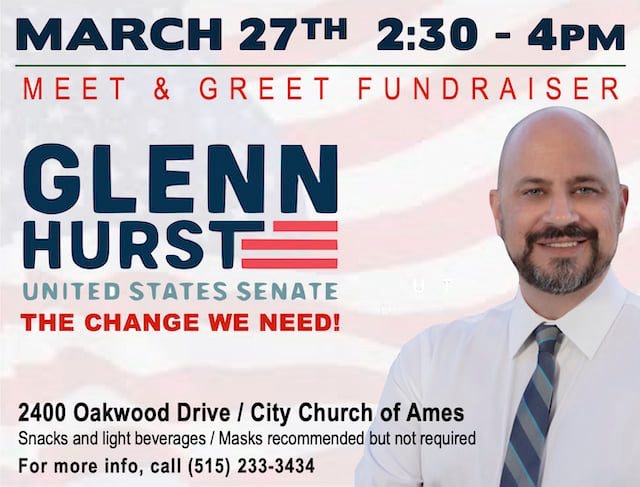