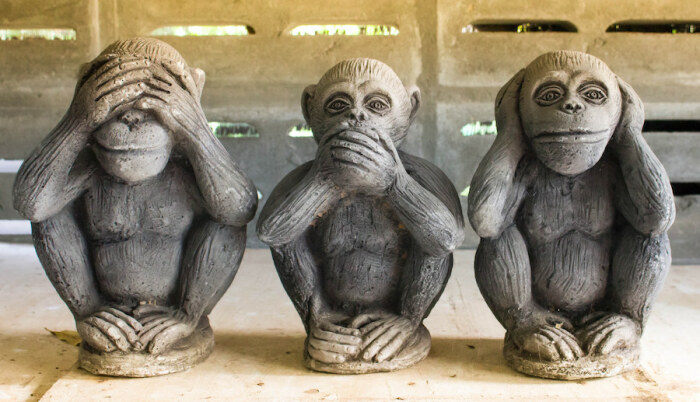 Believe it or not, Donald Trump told the "truth"

Herb Strentz: Trump's lies may be troubling, but the failure of our elected GOP leaders to speak up against them should be even more troubling.

The aphorism “If a man bites a dog, that’s news,” has been attributed to a few newspaper characters. One was John Bogart (1848-1921), city editor of the New York Sun, one of that city’s liveliest newspapers in the late 19th century.

That’s why some 100 years later, I named our Sheltie puppy “Bogie.” That was much easier than making something out of Alfred Harmsworth — a British newspaper guy also credited with the line.

“Man bites dog!” defined news as something out of the expected or quite contrary to our daily experiences. You know, like Donald Trump telling the “truth.”

I put truth in quotes because it always has been elusive, probably well before Pontius Pilate asked Christ, “What is truth?” (John 18:38). Carl Sandburg wrote in his poem "Who am I": “My name is Truth and I am the most elusive captive in the universe.”

Sadly, the one potential truth I find coming from Trump is what he proclaimed at Dordt College in Sioux Center, Iowa, on January 23, 2016: "I could stand in the middle of Fifth Avenue and shoot somebody, and I wouldn't lose any voters, okay?"

Given events of the past six years, that makes far more sense than Trump boasts such as these:

Trump lied routinely during his presidency. The Washington Post came up with 30,573 falsehoods told during those 1,460 days, almost 21 a day. Cut the tally in half, and it’s still more than ten a day.

If you take lying seriously, you should define what you’re talking about. Philosopher Sissela Bok does so in her books on lying, focusing on the intent of the person, whether he or she intended to deceive — that excludes those who share information they believe to be true.

And most lists of Trump's lies don’t focus on his delusions and bragging as in the above quotes.

For Iowans, the count of lies may be troubling, but the failure of our elected GOP leaders to speak up against them should be even more troubling. Governor Kim Reynolds' tacit acceptance of what is called “the Big Lie” — that the 2020 election was stolen from Trump — has been discussed in other Bleeding Heartland posts.

U.S. Senator Chuck Grassley appears unperturbed by Trump's lies and outrageous statements. A few days after attending a Des Moines rally where Trump spent about 30 minutes promoting lies and conspiracy theories about the last election, Grassley told reporters that the former president is "a private citizen. He can say anything he wants to."

I received the same kind of response when I emailed Grassley on February 26. I noted that Trump praised the shrewdness of Russian President Vladimir Putin in declaring parts of Ukraine independent states. In a March 4 response, Grassley wrote:

I have been consistent in my opposition to the Putin regime through the last three presidents. Let me be clear, Putin’s aggression and attack against Ukraine is inhumane and he is responsible for killing innocent people just as Joseph Stalin did in 1930s.

But when it came to Trump depicting Putin's approach to Ukraine as "genius" and "savvy," Grassley reverted to his see no evil, hear no evil, speak no evil approach.

The quote from "private citizen" Trump was reported on February 24:

As Russia prepared to strike Ukraine and the United States rushed to defend neighboring allies in Europe, former President Donald J. Trump had nothing but admiration for President Vladimir V. Putin of Russia.

He is “pretty smart,” Mr. Trump said on Wednesday at a Florida fund-raiser, assessing the impending invasion like a real estate deal. “He’s taken over a country for $2 worth of sanctions,” he said, “taking over a country — really a vast, vast location, a great piece of land with a lot of people — and just walking right in.”

Historians called the remarks unprecedented. “The idea that a former president would praise the man or leadership who American troops are even now traveling to confront and contain,” said Jeffrey Engel, a presidential historian at Southern Methodist University in Dallas, “is astounding.”

Grassley’s reply to my message ignored those remarks and even put quote marks around words not used in my message. He justified Trump’s comments, I guess, as just something a ”private citizen” might say in criticism of President Joe Biden.

Here how the senator addressed Trump’s view of the horrors to come in the Ukraine, ignoring what I had written to him and invoking his own context:

you raised concerns about comments from former President Trump where he characterizes Vladimir Putin as “savvy” and Putin’s propaganda campaign around the invasion of Ukraine as “genius” in the context of criticizing President Biden.

And that’s why I think Trump may have spoken the truth when he said, "I could stand in the middle of Fifth Avenue and shoot somebody, and I wouldn't lose any voters, okay?"

Certainly not Grassley’s vote, nor Reynolds’.

Top image of "see no evil, hear no evil, speak no evil" monkeys available via Shutterstock.