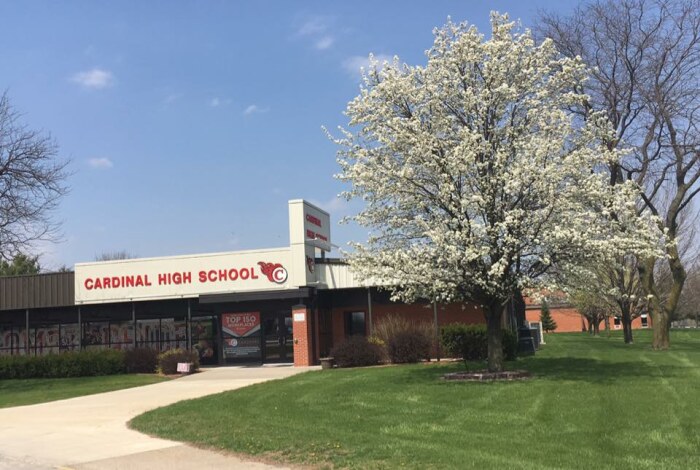 A contract with public schools

Bruce Lear: Iowa Democratic candidates at all levels need to put public schools at the center of their campaigns.

My dad wasn’t being mean. He was just observing there was a better way to do the work. His long-ago quip now applies to Democrats as they try to win over voters for the midterm elections.

Let’s face it, in a state like Iowa, it’s hard to win statewide elections or even state House or Senate races without being at least competitive in towns with no stoplight, or just one blinking light at the main intersection. Even if 20-something consultants from Des Moines or Washington, DC claim to have the right message for candidates, there are no easy or quick remedies for the Democratic rural gap. It’s real, and it needs to begin closing.

I’m certainly no expert. Like the old joke says, “Experts are just drips under pressure.” But I do have some suggestions that may work for candidates messaging to Iowa voters, especially rural folks. Although a cookie-cutter approach rarely works everywhere, the key is finding what people care about in most small towns, or in a specific district.

Small towns love their public school. They understand it’s the social center of the town. Even people who don’t have kids in schools are willing to freeze for Friday night football games, or swelter for Tuesday and Friday night basketball.

In the face of declining enrollment and dwindling funds, many small towns have made a last-gasp effort to hang on to part of their school through whole grade sharing. The larger town next door gets the high school and maybe the middle school, and the larger town sends its grade school to the smaller town so both schools survive and hopefully thrive. That’s the simplified version. There are many grade sharing iterations, all designed to keep a town’s most valuable resource open.

These type of sharing deals wouldn’t be made if towns were willing to surrender their schools to the bigger town. They’re willing to fight for their public school, because they understand small town main streets die a slow and painful death for lack of people willing to relocate to a town without a school.

With that in mind, Democratic candidates at all levels need to put public schools at the center of their campaigns. A message backed by listening and action will resonate in all areas of Iowa, because every community has an interest in a community school.

U.S. House Republicans Newt Gingrich and Dick Armey wrote the Contract for America in 1994, releasing the plan just six weeks prior to the midterm elections. All the incumbent House members and all but two Republican Congressional candidates ran on the eight reforms listed in the contract. It was a new approach that focused the Republican message.

Democrats scoffed at the plan, calling it “The Contract on America,” but voters liked the specific promises made. We can argue the promises weren’t kept, but the tactic worked. Republicans won the majority by picking up 54 seats in the House and nine in the Senate, flipping both chambers.

Here is my attempt at a contract with public education, not only to focus the Democratic message for an election, but also to express a long-term commitment to education reform.

When Democrats are in the majority in both chambers of the legislature and a Democrat is governor, we pledge:

Laws we will enact regarding curriculum and safety:

What we will do for school funding:

What we will do to prevent bad laws:

We will protect, and enhance all schools, but we will make rural schools a priority:

Each candidate would use these five categories in all aspects of their campaigns, including TV, radio, print, and digital ads. The advertising would be tailored to the district, but the promises would be the same statewide.

A person working with a short-handled shovel earns a backache and the scorn of their employer because the work isn’t done efficiently. Democrats need to lengthen the handle, so the messaging is clear and consistent. Focusing on schools is a way to talk directly to what Iowans have always loved.