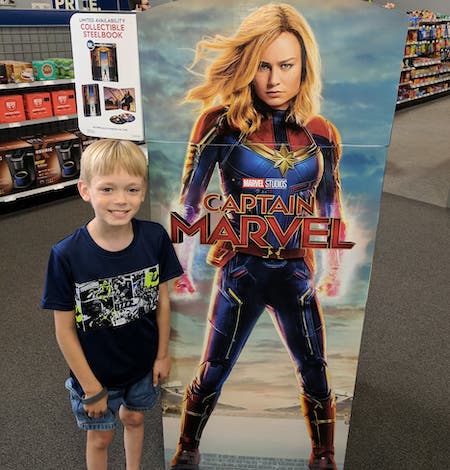 Messaging about culture wars needs to be clear, simple

Bruce Lear has advice for Democrats on how to talk about ginned-up controversies related to public schools.

My grandson and I love Marvel movies. We sit in the front row and bask in the over-the-top action. We’ve seen them all. Sometimes the plot is a little confusing, but my nine-year-old movie buddy quickly helps me sort it out.

What isn’t confusing is who the superheroes are. They clearly are the good guys. It’s straightforward and even in technicolor, very black and white.

Republicans are good at ginning up culture wars without facts, using plenty of accusations hidden behind a catchy slogan they repeat more than a 3-year-old begging for candy.

Too often, Democratic candidates go in culture wars unarmed. They are shocked when Republicans capture attention with some absurd issue that Democrats think the public can’t possibly believe. They are blindsided and without answers. Like in Marvel movies, Democrats should leave no doubt who the superheroes for public schools are.

I’ve said it before, but it bears repeating, “Democrats bring a white paper to a knife fight.” There’s nothing wrong with a 10-page thesis on culture war issues like Critical Race Theory, but no one will wade through it when angry moms are screaming their second graders are being corrupted.

The old joke about the minister asking his wife about his sermon also applies here. After the sermon, he asks his wife, “How did I do?”

The minister beams with pride. It was wonderful that his wife wants to congratulate him with a kiss. He leans toward her for his congratulatory kiss.

She whispers in his ear, “Keep it simple, stupid.”

Democrats need to go on offense when it comes to culture war issues. They need to be clear and keep it simple, so voters clearly understand who the good guys are. Republicans across the country are using public education as a rhetorical weapon, since the tactic seemed to work in Virginia last year.

Here are a few suggestions in how to respond when education is the battleground.

This attack is now so widely known that it can be recognized by its initials, CRT. Democratic candidates first need to ask their opponents, when was the last time they were in a public school? As a follow up, they need to ask for a clear definition of CRT and ask for examples of where they have found CRT in public schools.

They won't be able to, because this theory dating to the mid-1970s is sometimes discussed in law schools or graduate level history courses. It doesn’t exist in public schools.

CRT in K-12 schools is an urban myth, just like the boogie man or the guy with the golden hook attacking teenagers on country roads.

When pressed, some Republican candidates will even admit they don’t want diversity or inclusion for those they consider “others.” That’s racism labeled as CRT.

Instead of waiting until opponents bring it up, Democratic candidates need to call this out for what it is: an attack on the credibility of public-school teachers, which harms students in real ways.

This attack catches fire when Republicans pick a passage from a book and read it out of context to make it sound salacious. The passages are often out of context.

Many of these books are coming of age stories about kids grappling with their sexual identities. Some Republicans are deeply afraid of this. Others believe that struggle isn’t even real. Usually, they argue this kind of topic needs to be discussed at home with parents.

Up front, Democrats need to acknowledge that ideally, teenagers would be able to talk with their parents. But then ask if their opponents believe all parents are equipped or willing to deal with these issues.

Teachers care about their kids. Long after a teacher retires, they’ll even call an adult they meet on the street who was in their class “one of their kids.”

Yes, parents should be involved, but a vacuum of information is always filled. Well-written books describing sexual identity struggles fill that vacuum and help teens understand they are not alone.

If teachers could indoctrinate their students, they would have them arrive on time, pay attention, put their cell phones away, and do their homework. This is another way to demean a profession dedicated to educating the future.

By the way, there is not a public school in this country that provides litter boxes for students who identify as cats. That’s an absurd lie to attack schools and kids. It’s not funny; it’s mean, and it helps set the table for discriminating against transgender students.

Candidates who believe this need to be asked which parents should control?  When parents disagree on what is acceptable material, should the school district listen to only those shouting?

Parents should be a partner for the teacher. They need to be a big part of their children’s education, but they don’t get to dictate what their neighbor’s child does or doesn’t learn or discuss in class.

Parents need to take the responsibility to attend parent teacher conferences, read the newsletters, go online, and ask teachers questions. Teachers are trained in their profession. Doctors don’t let a patient who watches a lot of Chicago Med determine what technique to use for a surgery. Teachers deserve to have their professional autonomy respected.

Public education shouldn’t be a wedge issue to divide us. Democratic candidates need to call out their Republican opponents with clear and simple language so there’s no doubt who stands for public schools.