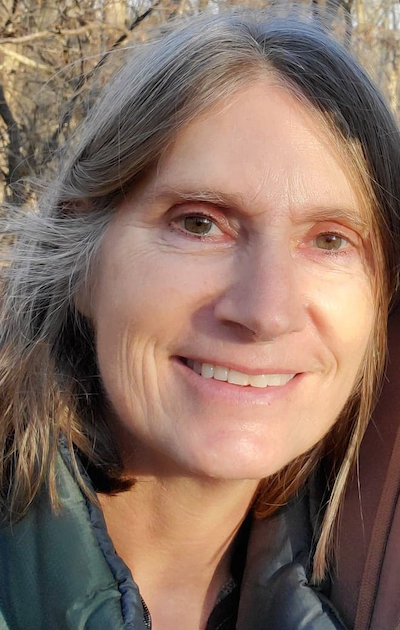 Abby Finkenauer is the Democrat who can defeat U.S. Senator Chuck Grassley. Many factors make her candidacy not only stronger than the other Senate candidates, but one that can offer a boost to those down ballot.

She will represent Iowans as we sit at our kitchen tables discussing the struggles we face in our day-to-day lives. She will be the senator we need to help Iowa and the United States adjust to the "new normal" after the COVID-19 pandemic and to prepare for the many changes needed for the future.

No matter how much people say they are ready to have Grassley out of office, it will still require a coalition of voters to defeat him.

Democrats are, by our nature, a coalition of voters from progressive to moderate, even if those on opposing ends of the spectrum find it hard to swallow. We are a family who is open to newcomers and always ready to welcome those who have strayed back into the fold.

Abby Finkenauer is best equipped to create the largest coalition. How often have we watched our union friends drift away from the party? They say it’s because we don’t understand them and Democrats don’t support them.

We can disagree with them all we want, but Abby Finkenauer is convincing them. She gets them. She understands the minutiae of their contracts. She understands through personal experience how union membership affects a family’s standard of living. The endorsement of the Iowa Federation of Labor is significant.

She will bring back many of the union voters we’ve lost if she is our nominee. My IBEW Libertarian son believes she should be our next senator because of her knowledge of unions. That’s gathering up a vote we would otherwise have lost. He’s just one of many.

We should really ask ourselves why young people aren’t involved instead of pretending all it takes is a little technology and young people will join. Too often they see the same type of candidate. Nothing against that type of candidate, but they always promise to give us the voters in the middle.

After years of hearing this promise with no results, we need a better answer. We need to expand our base and that means expanding our type of candidates. How about having candidates who will be legislating for the future, because it is their future? They will have a stake in that future, as will all young people.

If I were young again, that’s the type of candidate I would be drawn to, and as a grandmother, I find a young Democratic candidate to be reassuring. Abby Finkenauer will work to make life better for my children and grandson because they share the future. I’m sixty years old and plan on being around for a few more decades, but every election from now on isn’t about me as much as it is for my five children and grandson. It’s time we begin to hand over the reins.

Representation matters. I could leave it there or include the photo of the dogs around the table discussing feline health, but this is such an important factor when considering the coalition. Our rights as women are being eroded. It has been an annual battle for the last 30 years of my life. Whittle, whittle. Chip, chip. There go our rights, a little here and a little there.

Abby Finkenauer fought for her reproductive rights on the Iowa House floor. This general election, under the circumstances and times we’re in now, calls for a candidate who can attract pro-choice female voters. Many will be no party or Republican, but Abby Finkenauer can attract them.

Abby has legislative experience. She spent four years in the Iowa House and two years in the U.S. House. That is six years of exactly the type of work these candidates are asking us to trust them to do. We need someone who knows how to get a bill through Congress. Someone who has experience of writing a bill, finding a co-sponsor from the other side, and then doing the work of a legislator to see the bill through until it is signed and passed.

That is getting work done for Iowans. She did it for Iowa small businesses in her first weeks in the U.S. House. She’ll be the senator Iowans need now, who can work for them from day one on the issues that impact our daily lives, from family leave, reproductive rights, voting rights, environmental protection, and support for rural development. Abby Finkenauer is the only candidate who has that experience as a legislator.

Abby is a proven winner. She was elected to the Iowa House twice, then defeated a two-term incumbent in the U.S. House of Representatives. Her loss in 2020 was similar to other Democratic losses across the state that cycle. It was a reflection of Donald Trump’s name on the ballot and the Iowa Democratic Party halting virtually all of the types of campaign events and activities that are the most effective.

Most Iowa Democrats experienced tough election losses in 2020. Here in Lee County, we lost our incumbent state senator, state representative, and a county supervisor. We also lost the chance to have Rita Hart represent us in the U.S. House. Abby’s 2020 race turned out the same as those. However, she received the same percentage of the vote as Cindy Axne did in the third Congressional district that year, and outperformed both Joe Biden and U.S. Senate candidate Theresa Greenfield.

That was his race. I don’t believe this one is. Most Iowans agree Grassley has spent too much time in Washington, but Franken is using his own time in Washington as a positive. In doing so, he is painting himself as an insider going back to the days of Senator Ted Kennedy, a man who served forty-seven years in the Senate.

Abby Finkenauer is the striking contrast we need against Grassley. Her youth, determination, and connectedness to her Iowa home and family are everything Grassley is not. And the energy. The enthusiasm. The excitement. She has it all and will campaign with the same energy as the other women on the ballot. They will help one another, as well as the statewide and down-ballot candidates.

If we need a slogan for this senate race, I’d alter James Carville’s. Instead of "It's the economy, stupid," I would say “It’s about the coalitions.” We need as many union voters back as possible, and Abby Finkenauer is the candidate who can do it.

We need young voters to be energized, and she’s the candidate to do it.

We need women voters to be activated, and she’s the candidate to do it.

We can win only with a solid coalition of diverse voters, and she can give us that. She has a record of winning and outperforming other Democrats. She already has the legislative experience, so she can get to work immediately on the things Iowans need. I believe the choice is clear.

Top photo of Mary Jo Riesberg provided by the author and published with permission.