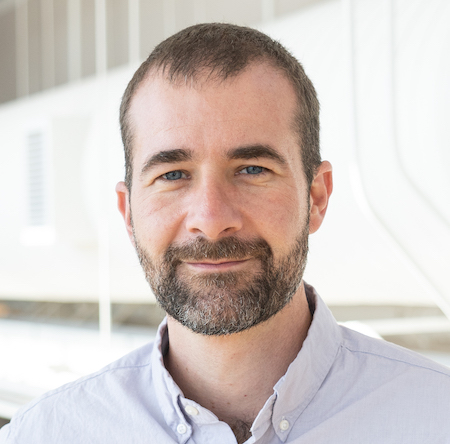 Calling on MidAmerican to partner with DSM on climate, clean energy

Dr. Brian Campbell is Executive Director of the Iowa Environmental Council and a member of the Des Moines Citizen Task Force on Sustainability.

I joined the Des Moines Citizens Task Force on Sustainability in 2017. Formed in the wake of the Paris Climate Agreement, this small, dedicated group of volunteers have worked with the city on important sustainability initiatives over the years, including the city’s 2021 resolution committing to 24/7 clean energy by 2035.

It’s hard to overstate how important MidAmerican Energy is to achieving this goal, with 50 percent of Des Moines’ greenhouse gas emissions from electricity and another 25 percent from natural gas—all supplied by MidAmerican. Although the utility has made significant investments in wind energy in Iowa, it remains the state's largest climate polluter by operating five coal plants.

MidAmerican says they will retire the plants by 2049, even though closing coal plants sooner would save Iowans billions of dollars. This timeline is in direct conflict with the city’s clean energy goals and more importantly, with warnings from climate scientists. 2049 is too late to stop burning fossil fuels.

Over the past several months, as the city of Des Moines prepared to negotiate a new franchise agreement with MidAmerican, the task force looked for examples of other cities partnering with their utilities to meet clean energy goals more quickly. Salt Lake City, with its Berkshire Hathaway-owned utility, negotiated a commitment to clean energy cooperation.

Des Moines and MidAmerican have now drafted a similar “statement of intent to cooperate,” full of exciting ideas for collaboration:

The other key lesson we learned from other cities was to insist on short-term agreements, and to make sure the city can opt out or renegotiate if the utility doesn’t follow through. MidAmerican gave Johnston the option to terminate the franchise after five years, but the utility has balked at such language in Des Moines and has bullied the city into a proposed thirteen-year contract, threatening to let the current agreement expire and to withhold millions of dollars in franchise fees.

Why reject such accountability if MidAmerican is serious about partnership and being a good corporate citizen?

Last week, the Des Moines Register ran multiple stories covering the April 30 annual meeting of MidAmerican’s parent company, the $700 billion mega-corporation Berkshire Hathaway, and “regular guy” Des Moines resident Greg Abel, who is poised to succeed Warren Buffett as CEO. Thousands of shareholders packed the arena in Omaha to get a glimpse of Berkshire’s billionaire owners, who sat together on stage, boasting about their ability to outsmart and out-earn the average American, especially in a time of rising inflation.

As we consider a clean energy partnership, we should be wary of Berkshire Hathaway’s conflicts of interest. They own a massive network of gas pipelines in Iowa and across the country. In addition to their coal plants, they operate a Wyoming coal mine and BNSF railway, with coal making up 20 percent of its freight. How serious are they about climate change?

Des Moines residents should demand a franchise agreement that protects our interests, not MidAmerican's profits.

On May 9, the public turned out in force at the city council meeting to comment on the proposed franchise agreement. From high school students to senior citizens, dozens called for adding cancellation windows like other cities. Council members passed the proposal, 5-1, with no explanation for why Des Moines leaders will not incorporate such language. (Connie Boesen, Frank Cownie, Joe Gatto, Carl Voss, and Linda Westergaard voted yes; Indira Sheumaker voted no, and Josh Mandelbaum recused.)

The mayor and city council will meet again May 17 for a second reading of the proposed franchise agreement. The potential for cooperation on clean energy is exciting and urgently needed. But a genuine partnership should include legal language allowing the city to revisit the contract and cancel or terminate in years 3 and 8 (2025 and 2030) if MidAmerican is not meeting the benchmarks set forth in Des Moines’ climate goals.

This is not a time to be bullied by billionaires. Let’s demand a real partnership, real climate action, and real accountability.