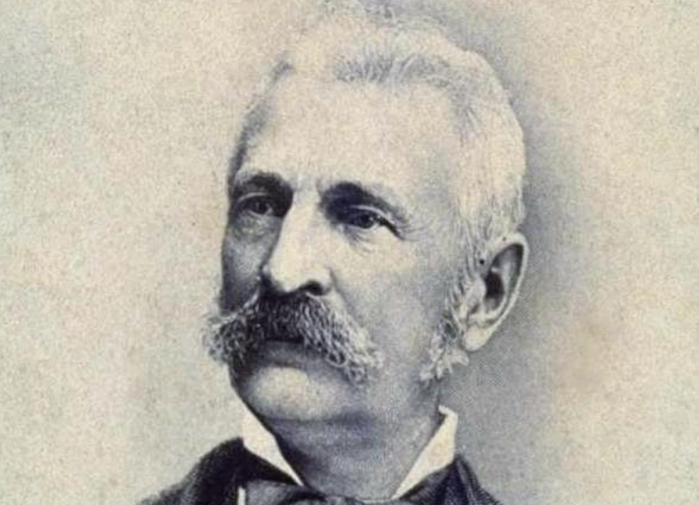 We Alexander Clark storytellers work hard at learning our facts and keeping them straight.

We can’t tell Muscatine’s best Underground Railroad story without Judge Hastings, but I’m afraid I got a fact or two wrong in the last column. And I ran into a shocker.

This much is true: “A writ of habeas corpus was obtained from Hon. S.C. Hastings, then acting Chief Justice of the Supreme Court of this state, who released him.”

The chief justice—and Muscatine resident 1837-1849—did indeed free Jim White also known as Jim Merry. On a technicality. He ruled the slave-catcher’s warrant had come from a court of concurrent jurisdiction, at Dubuque, and thus the first judge had already settled the matter. It was no profile in courage for the Hon. S.C. Hastings, but it could have gone the other way, and the young man did go free.

Jim’s first judge was Muscatine’s D.C. Cloud, a young justice of the peace. Later he helped found the Iowa Republican Party, served in the legislature, and became our state’s first attorney general. He’s the man whose conscience I want to tell about.

So, what did I get wrong about Hastings?

First, I said he boarded at the Iowa House. It’s a factoid I’ve told for years. After submitting last week’s column, I went looking and could not find proof. I can’t say now where I got my wrong idea. Sorry about that!

But worse, I fear I’ve also told the wrong location for Jim White’s employment and arrest. I said the Iowa House but more likely it was the American House. James Borland was proprietor both places, yet apparently was at the latter by the time he hired Jim. All of which is to say the drama site is not a hotel parking lot today but rather the Roy J. Carver Charitable Trust. Sorry!

I said Hastings founded a San Francisco law school which bore his name until it got changed in 2021. All true.

I did not mention various other things, such as that he was the first Iowan sent to the U.S. Congress or that he was the first chief justice of California’s Supreme Court. Readers versed in Iowa history might know his sister Sarah was married to Muscatine old settler Suel Foster, a renowned horticulturist and founder of the agricultural college that’s now Iowa State University. And a brother, Dr. C.P. Hastings, practiced medicine here and was active in politics until his death in 1860.

Judge Hastings lived long and prospered (1814-1893). He left here as a Forty-Niner and made occasional visits back as a successful former Iowan. Over the decades the home-state newspapers informed readers about his California wealth and prestige and about his law college.

Front-page story in The New York Times (October 27, 2021): “Should This School Be Named for Him? The founder of the Hastings College of the Law masterminded the killings of hundreds of Native Americans. The school, tribal members and alumni disagree about what should be done now.”

From Wikipedia: “In 2020, after studying the matter for three years, a commission established by Hastings College confirmed that its founder had managed a forced labor camp, organized murderous ‘Indian hunts,’ and otherwise participated actively in the genocide that killed most of the Native American population of Mendocino County, California.”

Look it up. Read the rest for yourself. Twenty-first century reckoning. History reveals itself over time, Kent Sissel always says.

Muscatine man makes it big in genocide. Sorry! This isn’t what I came here for.

I came to tell about young, newly-wed Alex Clark and what was surely his first positive experience of courts and judges and practice of the law.

D.C. Cloud was the oldest member of the Muscatine county bar when colleagues called upon him for a speech in June 1884.

I was not a member of the Muscatine bar when I first became acquainted with Mr. Clark. It was over 30 years ago, and he has always been an honest, upright man and full of ambition. I remember the time when the colored man had no rights which the white man was bound to respect; but this has changed, and to-day we see Mr. Clark admitted to the Muscatine bar, and I extend to him the right hand of fellowship and wish him success in his profession.

Hearers recognized the reference to the notorious Justice Taney of Dred Scott infamy. Cloud later wrote his recollections of the 1848 case in a letter to the editor of The Annals of Iowa.

March 2007: At Kent’s urging, I took the stage and read a version of the Jim White story at an Underground Railroad seminar hosted by the Herbert Hoover Presidential Library and Museum in cooperation with the State Historical Society of Iowa. That day began a new chapter for me.