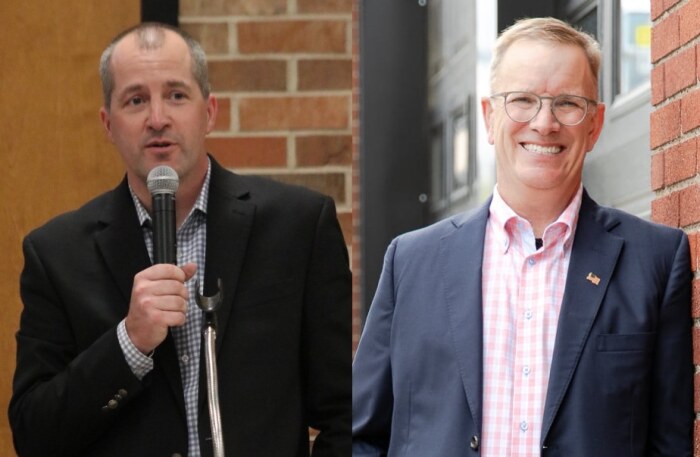 Iowa Secretary of Agriculture Mike Naig will take a big financial advantage into the general election, new campaign disclosures show. Although the GOP incumbent didn't raise much more than Democratic challenger John Norwood during the latest reporting period, he has about ten times more cash on hand.

The secretary of agriculture started the year with $148,457.66 in his campaign account and raised another $25,966.46 between January 1 and May 14. About a third ($8,650) came from political action committees associated with the agriculture sector, which cut the checks a few days before the Iowa legislature convened. (Iowa law prohibits state candidates from receiving PAC donations while the legislature is in session.) Naig will likely receive more PAC contributions after the legislative adjourns for the year.

Naig's campaign appears to have no full-time staff and spent just $18,470.95 during the latest reporting period. As of May 14, his campaign had $155,953.17 cash on hand. It had also received an in-kind contribution of a private plane flight donated by David Barker, valued at $708.73.

The first time Naig appeared on the ballot in 2018, agribusiness corporations spent hundreds of thousands of dollars promoting the Republican shortly before the election. (It was legal, thanks to Iowa's weak campaign finance regulations.) Naig was new to the office then, having been appointed by Governor Kim Reynolds after Bill Northey stepped down from the state office to take a senior position in the U.S. Department of Agriculture.

Whether Naig will receive corporate support at the same level this year is unclear. GOP candidates were facing some headwinds during the 2018 cycle that aren't a factor now, when Democrats hold power in Washington.

Norwood has been elected Polk County Soil and Water Commissioner but is a first-time candidate for state office. His campaign finance disclosure shows contributions of $24,998.76, all from individuals, and in-kind donations of $405.74. Norwood brought in $11,000 in contributions of at least $1,000; the rest of the money came from smaller donors.

The Democrat has no paid staff and has spent $10,939.64 since the beginning of the year on a range of typical campaign expenses. As of May 14, Norwood's campaign had $14,368.73 in the bank and $1,280 in unpaid bills. That's not nearly enough to support a statewide campaign, other than some digital advertising.

Naig will be heavily favored for re-election unless something changes dramatically in this race.