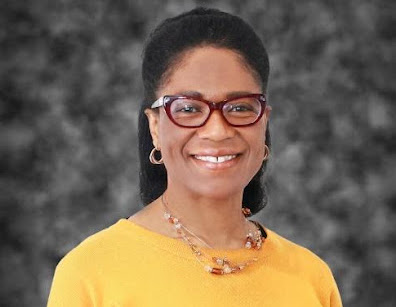 ReShonda Young is an entrepreneur from Waterloo and a co-founder of Bank of Jabez.

Imagine a race between two people from New York to California. One person receives a bicycle and the other an airplane. The first to get to California is the winner. It's a structurally unfair race for the bicyclist.

That's what the wealth gap is like for Black families in America. It's an impossible race. White people have a 400-year advantage on wealth, power, and economic mobility. And it bears stating: the system is not broken — it was rigged like this by design. The pervasive, generational inequality is systemic and structural.

As a small business owner, entrepreneur and financial educator, I am reminded daily that we cannot deliver economic justice without struggling toward racial justice. In fact, I recently won a lawsuit that proves this point.

Before I started my business seven years ago, I had to go to several institutions to get even a portion of the startup capital I needed, despite sterling credit, ample collateral and other qualifications. Even after the business took off, licensees who, like me, were African-American had difficulty getting financing. In contrast, the first white licensee was able to quickly borrow more than twice what I’d originally received.

Most of us see physical violence and recognize it. But, when it comes to economic injustices rooted in racism — redlining, discriminatory lending practices, housing discrimination, the ever-growing wealth gap — how many of us recognize these as violence?

Dismantling this racist economy that fulfills its framers’ intent of gatekeeping Black people from economic mobility will demand sweeping change — change we cannot piecemeal or increment toward.

One such change? Unrig the system by repealing the Tax Cuts and Jobs Act, better known as the Donald Trump tax cuts. The law perpetuates the shameful legacy of making the rich (and overwhelmingly white) richer at the expense of working- and middle-class people. Experts showed that eighty percent of the cuts go to white households, thereby continuing the legacy of keeping Black workers poor, a defining feature of American life.

The gap between the rich and the poor continues to grow and the system is rigged in favor of the wealthiest. Until we make sure everyone pays their fair share in taxes, we will continue to leave working families and the working poor behind. The Trump tax cuts have continued the American pastime of systemic racism in our government and society.

Economic violence cannot be rooted out without also dismantling the systemic racism that undergirds it. Economic violence leaves scars that we can't see on the outside but feel deeply on the inside for generations, even when we apply for small loans and rental leases. Our country has mounting work to do in dismantling this racist economy, and building one where those who have been left behind and forced out are finally set up for success. If we ever expect racial injustice to end, this must be central to our struggle.

ReShonda Young started and franchised a popcorn business, Popcorn Heaven, before selling the company in 2019. She’s also a landlord, the director of an accelerator that supports Black business owners in Waterloo, and the leading force behind an effort to open what would be Iowa’s only Black-owned bank.