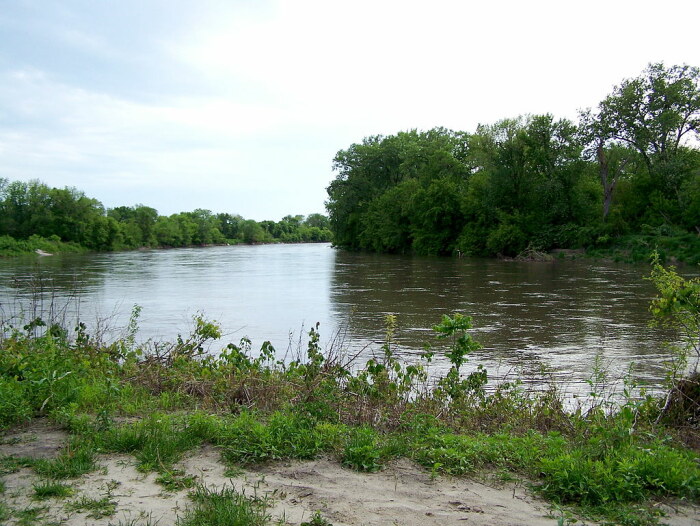 Tom Walton is an Iowa attorney and was a Democratic primary candidate in Iowa House district 28.

In early June, the Des Moines Water Works turned on its nitrate removal facility for the first time in five years. It had to do so because of increasing nitrate levels in in the Raccoon and Des Moines Rivers. Extra treatment is required to meet the U.S. Environmental Protection Agency’s Safe Drinking Water Standards. For nitrate, that level is 10 milligrams of nitrate-nitrogen (NO3-N) per liter of water. Des Moines Water Works provides drinking water to roughly 600,000 central Iowans.

This has been an ongoing battle. In 2013, nitrogen levels at the testing equipment near Van Meter upstream from on the Raccoon River from Des Moines were a record 24 mg/L—more than double the EPA safe level. On June 2 of this year, that station measured a median of 20.4 mg/L.

However, a growing body of scientific research indicates that long-term ingestion of water from public water sources with nitrogen levels below the EPA maximum contaminant level (MCL) have been associated with a higher risk of some forms of cancer and other adverse health effects, although more study is needed to support more conclusive results.

In July 2018, the International Journal of Environmental Research and Public Heath published a review of epidemiologic studies entitled Drinking Water Nitrate and Human Health: An Updated Review. The researchers concluded:

More than 30 epidemiologic studies have evaluated drinking water nitrate [since 2005] ...

Considering all studies, the strongest evidence for a relationship between drinking water nitrate ingestion and adverse health outcomes [...] is for colorectal cancer, thyroid disease, and neural tube birth defects [such as spina bifida]. Many studies observed increased risk with ingestion of water nitrate levels that were below regulatory limits.

The authors provide helpful background. Since the mid-1920s, humans have doubled the natural rate at which nitrogen is deposited onto land through the production and application of nitrogen fertilizers, including inorganic compounds and manure. “Since approximately half of all applied nitrogen drains from agricultural fields . . ., nitrate concentrations in our water resources have also increased.” Nitrate in drinking water is “readily absorbed” in the upper gastrointestinal tract and distributed in the human body.

Natural bodily chemistry reduces the ni-trate into ni-trite. Nitrite is then converted to nitrous acid, which then yields the metabolites dinitrogen trioxide, nitric oxide, and nitrogen dioxide. These N-nitroso compounds (NOC) are “suggested to be the casual agents in many of the nitrate-associated adverse health outcomes.”

Space does not permit a summary of all the studies analyzed by the researchers. However, a couple are noteworthy here. First, well-conducted epidemiologic studies published in peer-reviewed professional journals are considered the “gold-standard” for establishing a causal-link between a contaminant and adverse health outcomes. These were the kinds of studies analyzed by the researchers.

A 2013 study looked at ingestion of water contaminated with nitrogen and birth defects. It included expectant mothers located in Iowa and Texas from 1997 to 2005. The researchers linked the locations of the expectant mothers to public water utilities and then estimated nitrate ingestion from reported water consumption and testing results.

The researchers then considered certain types of birth defects, including congenital heart defects, limb deficiencies, neural tube defects and oral cleft defects. This study concluded that, compared with lowest group of nitrate ingestion from drinking water (less than 0.91 mg/day NO3), mothers of babies with spina bifida were twice as likely to have ingested at least or more than 5 mg/day NO3—which is one-half the EPA safe level—from drinking water than control mothers.

Similarly, mothers of babies with limb deficiencies, cleft palate and cleft lip were nearly two times more likely to have ingested at least or more than 5 mg/day of NO3 contaminated water than control mothers. “[T]he evidence continues to accumulate that higher nitrate intake during the pregnancy is a risk factor for this group of defects.”

The researchers in the review stated:

Similar studies have demonstrated an association between ingestion of water contaminated by nitrogen below the EPA safe level and certain cancers. For example, one study involving a cohort of postmenopausal women in Iowa reported that ovarian and bladder cancers were positively associated with the long-term average public water source nitrate levels equal to or greater than 2.46 mg/L for an extended period.

Other studies have also linked colon and rectal cancers to long term exposures at average levels significantly below the EPA safe level, such as at 2.3 mg/L/day (colorectal cancer) and 3.87 mg/l (rectum cancer).

Annual reports published by the Des Moines Water Works confirm it has supplied treated water to central Iowans with levels of nitrates well above the levels linked to bladder, colon, and rectal cancers. Between 2014 and 2022, according to those reports, the average highest nitrates level in treated water was still 7.9 mg/L.-- just 2 milligrams below the EPA safe level.

Logs provided by the Water Works show that from 2014 to 2021, the average daily levels of nitrate in treated water at the Fleur Plant were at 4.6475 mg/L—above the levels linked to some cancers by epidemiologists.

The researchers conclude that nitrogen contamination of water available to public utilities will increase given population growth, more nitrogen fertilizer use, and the greater intensity and concentration of animal agriculture. Climate change will aggravate the situation, because increasing rainfall intensity in the winter and spring will increase nitrogen runoff.

The accumulating scientific evidence of adverse health effects caused by long-term ingestion of water contaminated by nitrogen at levels below the EPA’s maximum contaminant level must be a compelling factor in the public policy discussion about how to reduce nitrogen contamination of public waters quickly and effectively in Iowa.