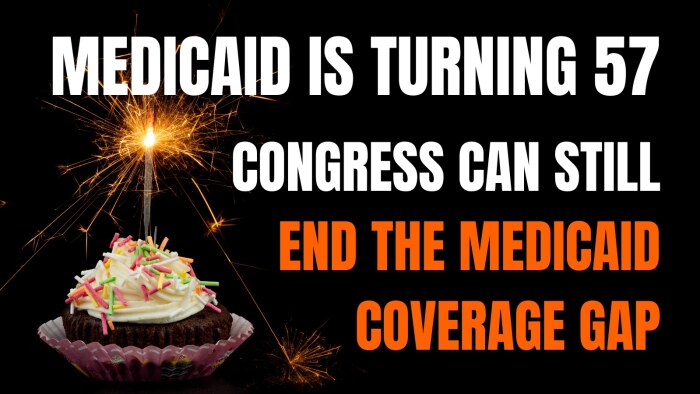 This month Medicare and Medicaid celebrate their 57th Anniversary. These two biggest government health insurance programs in the nation were created by President Lyndon B. Johnson and the Democratic-controlled Congress in 1965. Together, they provide coverage and services to more than 150 million people in the United States, including 637,388 Medicare enrollees and 812,017 Medicaid enrollees in Iowa.

Medicaid has been a lifeline and resource for workers, families, state budgets and people of all ages. Whether it’s regular preventive care, prenatal or maternity care for new moms, addiction treatment in the swelling opioid epidemic or rapid response to national crisis like hurricanes, terrorist attacks and epidemics, Medicaid is a fundamental pillar of the American health care system that we all depend on.

Thanks to the Affordable Care Act, a historic number of people gained coverage between 2010 and 2022, the majority of them through Medicaid. Lawmakers over the last two years of the pandemic leveraged Medicaid to protect lives and shore up state budgets, passing legislation that provided coverage to people who had lost jobs and health care because of COVID-19. As a result, the number of uninsured people did not increase despite the turmoil the pandemic caused. The number of uninsured actually shrunk, as government action shielded people from harm and ensured they could access health care during the worst public health crisis in recent memory.

Over the years, both Medicare and Medicaid have been improved and expanded. More than 80 million people were getting coverage under Medicaid (including the Children's Health Insurance Program) as of March 2022. The number of people who receive Medicaid as part of the Affordable Care Act’s expansion of the program climbed to a record high 21 million people after Congress and the Biden Administration made the program easier to access in response to the pandemic. Medicaid enrollment increased by 16.7 million enrollees from February 2020 to March 2022.

Yet despite the new enrollees, millions of people remain without coverage in the dozen states that still refuse to expand Medicaid.

More than two million Americans nationwide could gain health coverage if federal lawmakers took action to close the Medicaid coverage gap. Congress still has the opportunity to pass a policy to give everyone an opportunity to get quality, affordable coverage under Medicaid this year, no matter where they live, what they look like or what kind of job they have. That would give everyone more to celebrate

With policy changes to bring Medicare into this century, Congress is working on ways to help millions of people better afford prescription medicines. For nearly 20 years, politicians of both parties have promised to lower drug prices through Medicare negotiations. (The 2003 law to create Part D, the prescription drug plan for Medicare enrollees, prohibited the government from playing a role in negotiating over drug prices.) Other programs like Medicaid and the Department of Veterans Affairs don't have that prohibition. The result is much higher costs in Medicare: taxpayers twice as much for prescription drugs in Medicare as in the Veterans Affairs.

Lowering drug prices through Medicare negotiations is widely supported by voters across the political spectrum including Democrats, Independents and even half of all Republicans. Polls show that Medicare negotiations to lower prices was the most popular provision of the Democrats’ reconciliation package leading into this year.

President Joe Biden and the Democrats in Congress are moving forward to pass a bill that delivers on lower drug costs by implementing negotiations despite no support from Republicans and persistent efforts from the drug corporations to stall reform. Big Pharma has spent more than $100 million on lobbying this year alone to stop the legislation and hold onto their monopoly power to set and keep prices high.

We appreciate U.S. Representative Cindy Axne's track record of voting for legislation that protects seniors and families from high costs.

Lack of access to affordable, reliable coverage puts too many Americans at risk for economic insecurity. Millions of people incur medical debt that damages their credit and impedes their ability to get housing, further their education or provide for their children all because they didn’t have adequate coverage. The dozen states without Medicaid expansion have the highest rates of medical debt, which is not the top source of all U.S. debt. One in four people with medical debt in collections is a person of color.

It doesn’t have to be this way. Quality, affordable, accessible health coverage is an essential component of economic security for families in our country and it is within our reach to guarantee opportunity for everyone to get it and keep it. Then we will have a true reason to celebrate.