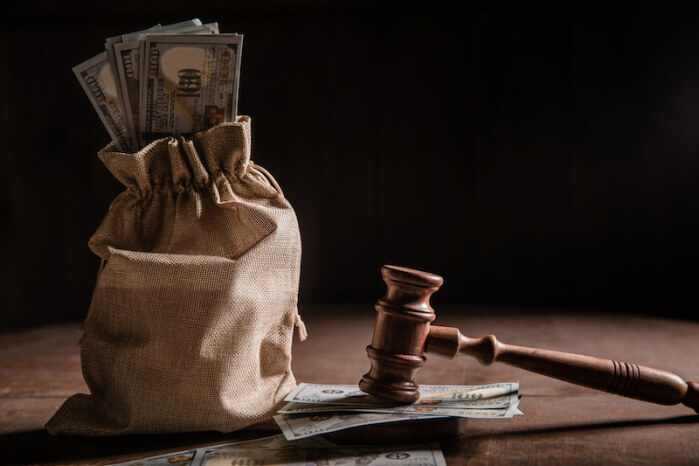 An Iowa teenager who was abused and sex trafficked will be forced to pay $150,000 in restitution to the estate of her alleged rapist, under a decision issued on September 13.

Polk County District Court Judge David Porter did not order Pieper Lewis to serve time in an adult prison when he sentenced her for voluntary manslaughter and willful injury in the June 2020 death of Zachary Brooks. Instead, he accepted the prosecutors' recommendation for five years of probation while Lewis lives at the Fresh Start Women's Center in Des Moines. The judge also agreed to the defense attorneys' request for deferred judgment, which means Lewis may be able to have the crimes expunged from her record if she abides by the terms of her probation.

But Iowa law requires restitution payments of at least $150,000 to the victim's estate in "all criminal cases in which the offender is convicted of a felony in which the act or acts committed by the offender caused the death of another person." Lewis' attorneys had argued the law should not apply to their client, who was 15 years old and homeless when she was exploited by multiple men, and repeatedly raped by Brooks. But Porter rejected the defense arguments.

Experts told Des Moines Register reporter Philip Joens last year that Lewis' experience was a textbook case of human trafficking. No one has been charged for exploiting her, giving her alcohol and drugs, or having sex with her when she was below the age of consent. It's not clear how hard law enforcement worked to investigate that side of the case.

At age 17, Lewis has already gone through more trauma than most people face in a lifetime. Joens' account last year covered part of the story. WHO-TV posted the full video of Lewis' statement during her sentencing hearing. Remy Tumin of the New York Times reported,

In testimony on Tuesday [September 13], Ms. Lewis said she wished “the events on June 1, 2020, never occurred but to say there is one victim is absurd.” She compared herself to a “Phoenix.”

“This means I face rape, abuse, hatred, betrayal, manipulation, abandonment, loss of a parent, loneliness,” she said. “I wonder what else I will carry in that sack of beautiful pain.” [...]

In a witness statement filed as part of a plea agreement, Ms. Lewis recounted a hellish series of events, revolving around being taken in serially in early 2020 by people who turned abusive. The last of these, she said, was Christopher Brown, who portrayed himself as her boyfriend but repeatedly required her to have sex with other men for money.

Lewis has been living in juvenile detention for more than two years, with felony charges and a long potential prison sentence hanging over her head. The program administrator at the Polk County Juvenile Detention Center testified in support of her this week, Joens reported.

Over the past two years, [Dan] Larson got to know Lewis well and spoke highly of her while testifying. Most youths whose cases stay in juvenile court are there for three and a half weeks, he said. Larson said Lewis has been detained the longest he's seen.

“For the most part she’s done amazingly well for as long as she’s been here,” Larson said.

Leland Schipper, a former teacher of Lewis, set up a GoFundMe page to raise money for her restitution. He wrote on that website that the judge's decision was a "compassionate outcome," because "Pieper will avoid prison, and she will have access to some of the services she needs to continue healing."

Regarding the state law on restitution, Schipper wrote,

This law is intended to provide justice to families who lost their loved ones. However, in the case of Pieper, it will require her to pay 150,000 dollars to the family of a man who purchased Pieper’s fifteen-year-old body from a sex trafficker, gave her drugs and alcohol, and then raped her repeatedly.

Pieper does not owe that man’s family justice. Pieper does not deserve to be finically burdened for the rest of her life because the state of Iowa wrote a law that fails to give judges any discretion as to how it is applied. This law doesn’t make sense in many cases, but in this case, it’s morally unjustifiable. A child who was raped, under no circumstances, should owe the rapist’s family money.

Pieper has five years of probation ahead of her; five years that she will be required to be nearly perfect to avoid facing 20 years in prison. She will do hundreds of hours of community service each year. She will be subject to drug testing, required to take classes, and attend therapy. Pieper’s path to true freedom will not be easy, and she is still a teenager that has experienced a lot of trauma.

Pieper wants to go to college, she wants to create art, and she wants to advocate for other girls who find themselves in situations like she endured. She does not deserve a massive debt looming over her, holding her back from pursuing her ambitions.

I hope Bleeding Heartland readers will join me in contributing to help cover the restitution costs. Having to pay that amount of money would be a huge burden, even without an extensive trauma history and the constraints of life on probation. Society failed Pieper Lewis in almost every conceivable way, and she deserves community support going forward.

I have increased the goal and will continue accepting donations above the 200k if we get to that point. The funds will be used in the following ways: 1) Pay off Piepers 150k restitution 2) Pay off the additional 4k in restitution to the state 3) Remove financial barriers for Pieper in pursuing college/university or starting her own business. 4) Give Pieper the financial capacity to explore ways to help other young victims of sex crimes!

Joens reported for the Register,

Fundraising was an option being considered to help Lewis pay the sum, Sheeley said. But her lawyers want to make sure that any funds she may accept to pay Brooks' estate will not violate the law. [...]

Lynn Hicks, chief of staff for Iowa Attorney General Tom Miller, said Thursday the attorney general's office is not aware of anything that would prohibit the donations from being used to pay Lewis' restitution.

The payment cannot be discharged through bankruptcy, and a victim's family is not precluded from suing for more damages. But there is nothing in the law that would appear to bar someone from using donations to pay the restitution, said Grant Gangestad, a criminal defense attorney who helps lead the Iowa Association for Justice, a trade group for trial lawyers.