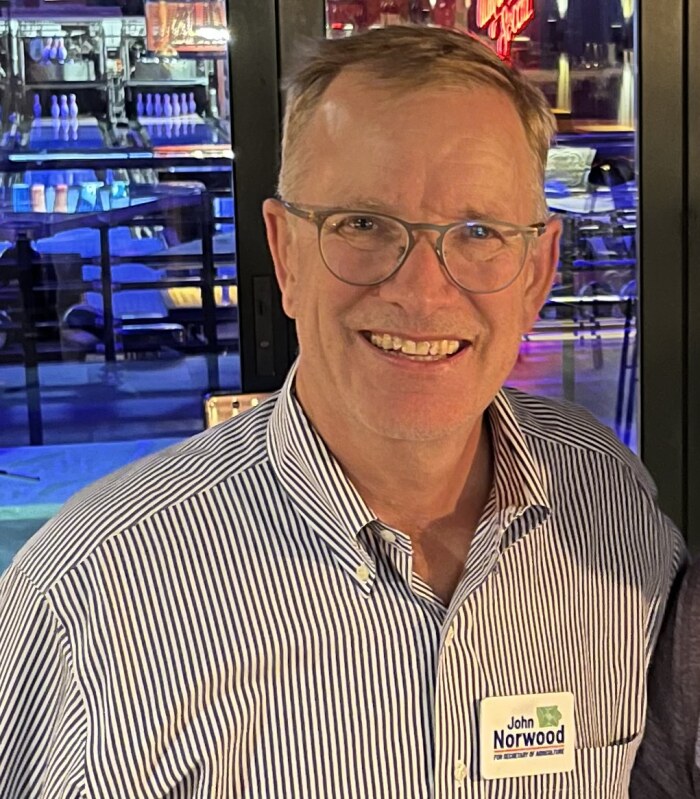 John Norwood is the Democratic nominee for secretary of agriculture.

The following video provides a brief 2.5-minute overview of Iowa's water quality crisis and the lack of leadership by our current secretary of agriculture. It's painfully obvious he lacks a basic understanding of the problems or how to address them at scale.

Why is that? Is it his Monsanto-trained background as a chemical company lobbyist that has him seeing the world with rose-colored glasses? Is it lack of science training, or his inability to understand and interpret scientific data? Is it wishful thinking? The problem will just go away because technology will solve it for us?

I'd encourage you to watch and share the video.

They say admitting you have a problem is the the first step in fixing the problem. In Mike's world we haven't reached that place. I don't know if we ever will before the engine finally seizes.

We also have to recognize the continuing stresses on our state and its incredibly rich growing region. Twenty-three million acres of some of the richest farm ground in the world - more class 1 soils than anyplace else. Yet we're a leader in soil loss, sending 145 million tons of that top soil down our rivers, annually, and into our source drinking water reservoirs. 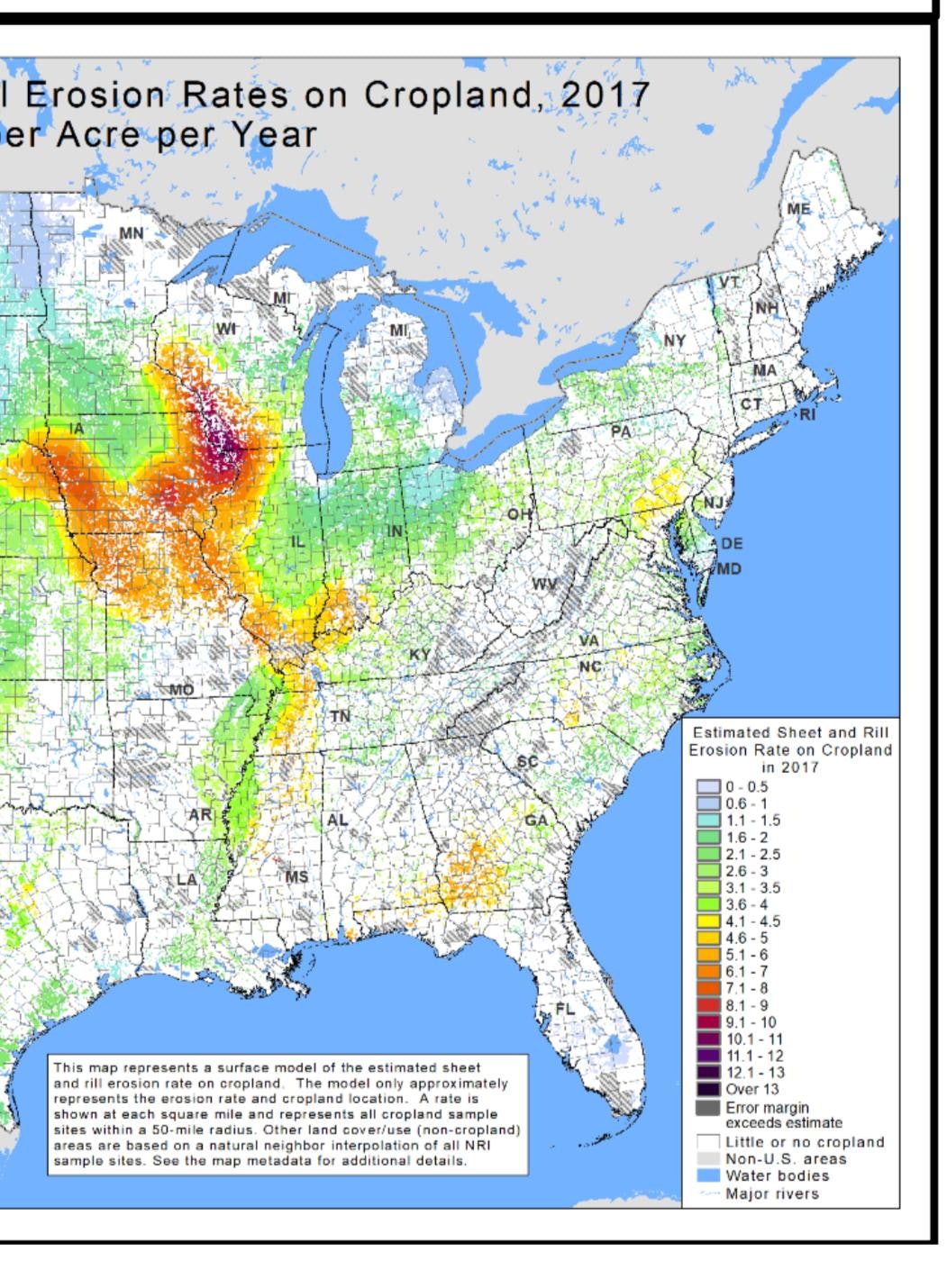 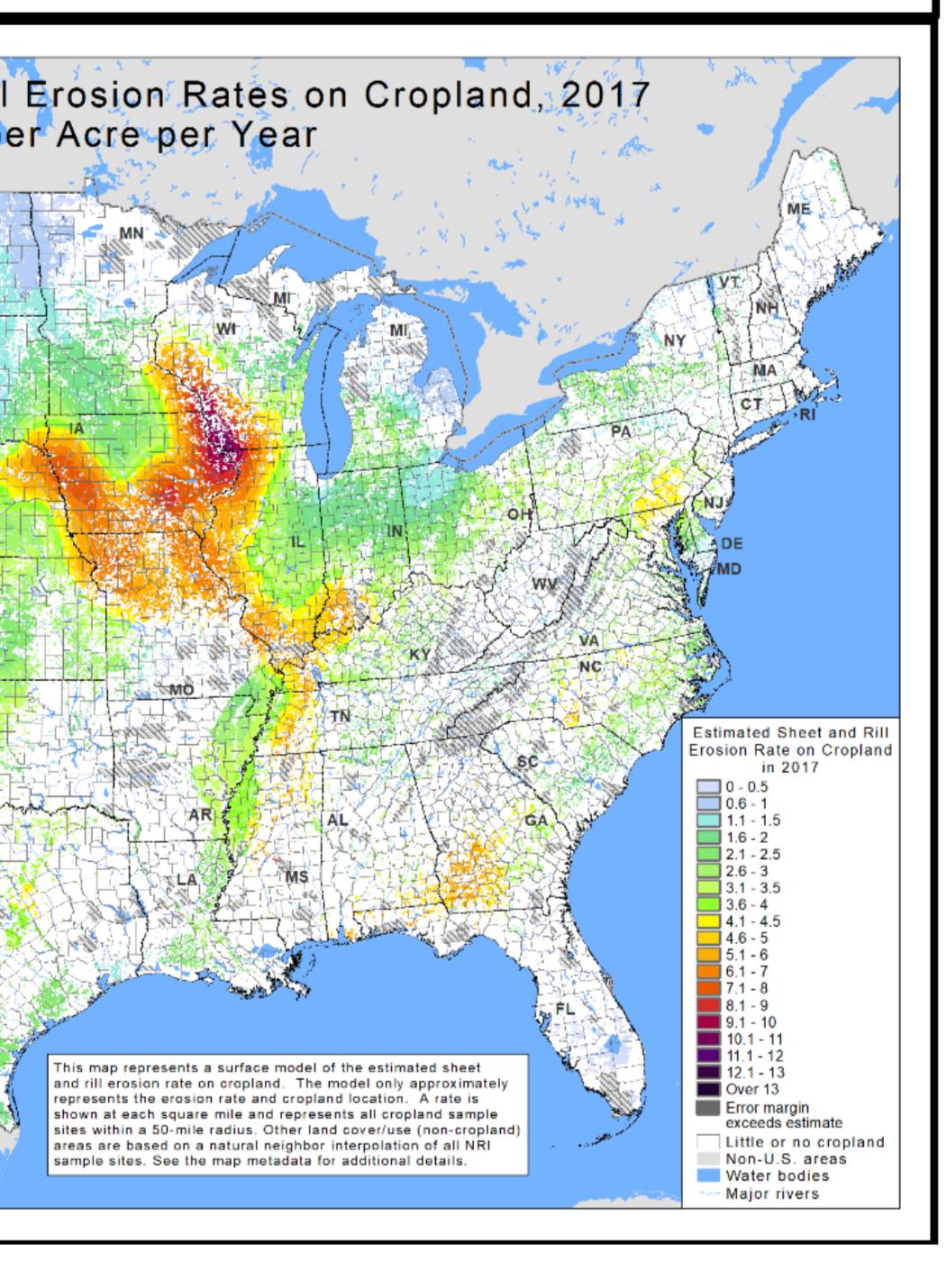 Ballpark, that's about $3 billion worth of soil each year. About one-third of our state budget. It's on our state's "balance sheet," so it's not akin to current spending as much as taking the equity in your home or your agricultural land (the top soil) and spending it (until it's gone). 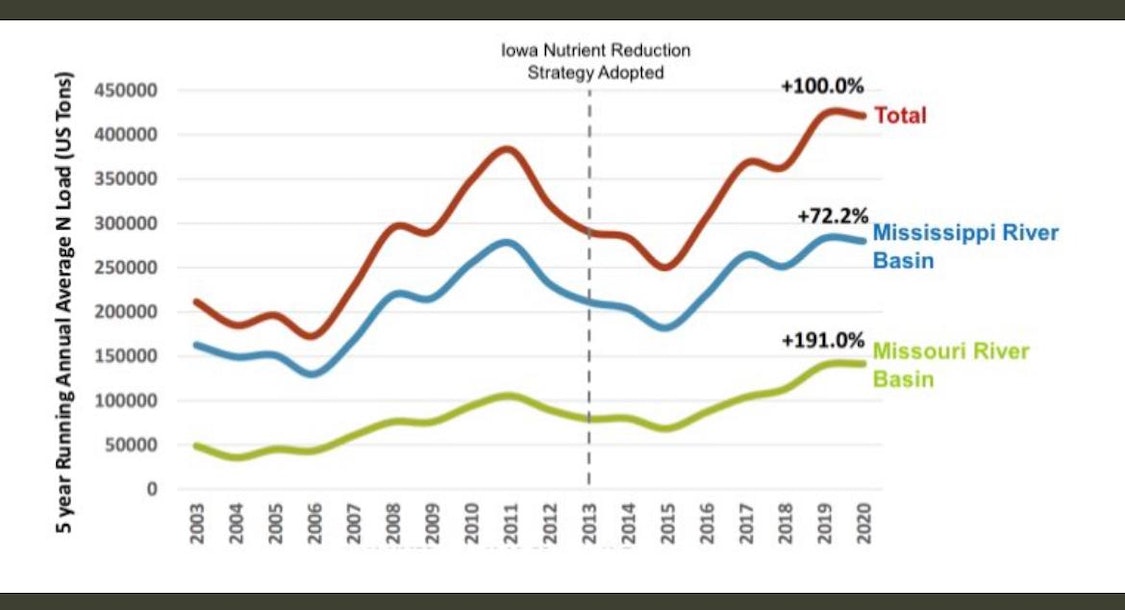 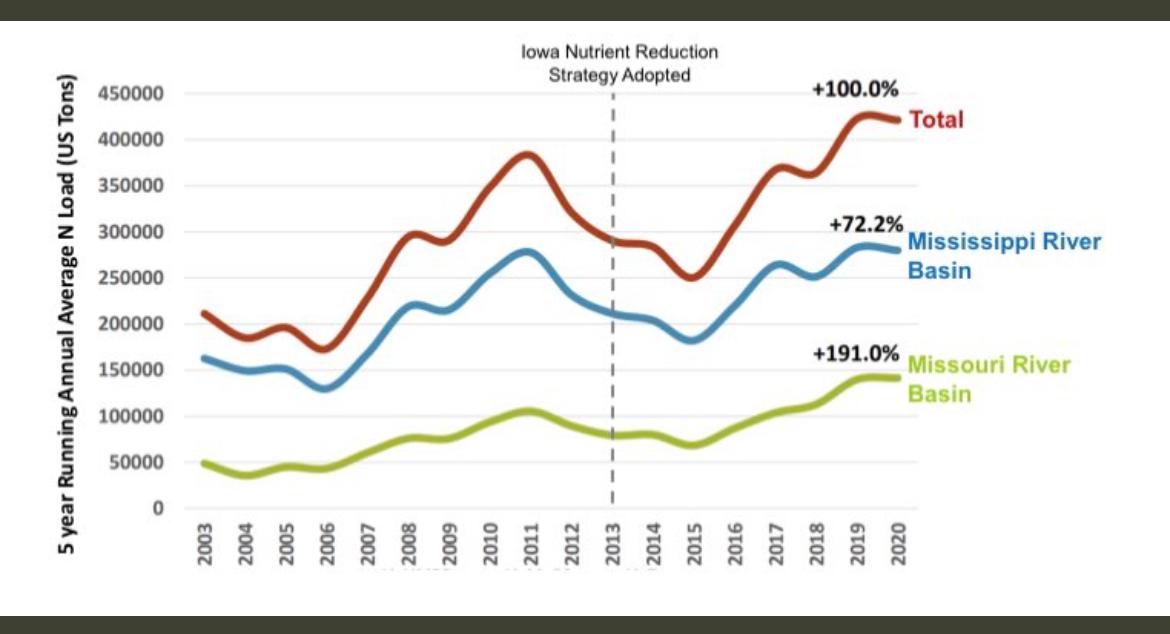 Our Monsanto trained-chemical lobbyist secretary seems to think "partnerships" will magically solve the problem. He fails to understand that there needs to be an organized and scaled strategy as to how we prioritize, resource, deploy the water quality infrastructure.

The water and the biology work in systems, so we can't just sprinkle money and expect a good result any more than we build interstates by sprinkling federal money and magically a highway appears. The soil health work requires system thinking, an understanding of how to bring absentee landowners (who own 60 percent of the ground) and farm operators together to invest in soil health and new cropping systems.

In this photo, the property on the left is owner operated, with cover crops. The plot on the right is rented and planted in continuous corn. The photo demonstrates visually the importance of aligning landlord and tenant interests, with public supported programs, like crop insurance to maintain soil health and protect farmland across generations. Iowa Built to Last. 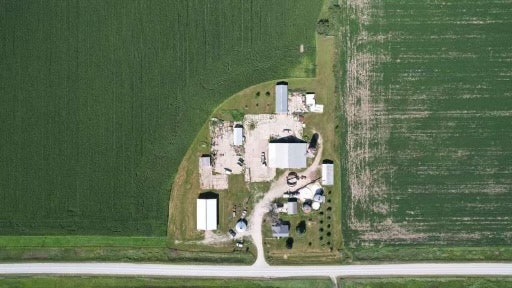 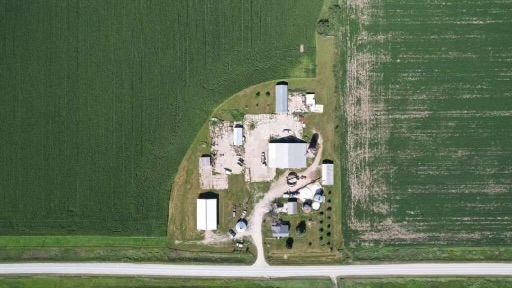 The state and federal government need to provide support, just like they do in the corn and bean markets, to help create new third and fourth crop markets, and smaller more diversified food markets, to enable farmers to diversify what we grow, where we grow it, and how it gets grown.

At a recent dinner with a Iowa Republican leader in the agriculture space, we both agreed: we're missing basic soil health metrics to measure progress. We're missing Soil and Water Conservation District staff to do the organizing work with landowners and farmers. About 75 percent of our county Soil and Water Conservation Districts have no staff of their own.

Who's going to do this organizing work? The volunteer commissioners? Well, less than 20 percent of the 500 showed for the annual meeting this year. Can you blame them? It's one of the few elected positions there's no compensation.

We're even missing cover crop seed, which my opponent just announced we are short of need. How long did it take him to figure that out (ten years as a government bureaucrat)? We're going to need a heck of a lot more seed to cover a good chunk of the 23 million acres we grow to corn and beans.

We're presently at about 2-3 million cover crop acres of 23 million acres dedicated to growing row crops, depending on how many farm operators or ag landowners continue the practices once the money is gone. About 2.5 million acres of the 23 million are places we shouldn't be growing corn and beans. Let's figure out and align state and federal policy to transform those acres into working landscapes that support the system, not degrade it.

Land enrolled in the Conservation Reserve Program (CRP) has trended downward as corn prices increased. We need a strategy that permanently protects our most important conservation acres, some in working lands that are not row crop. 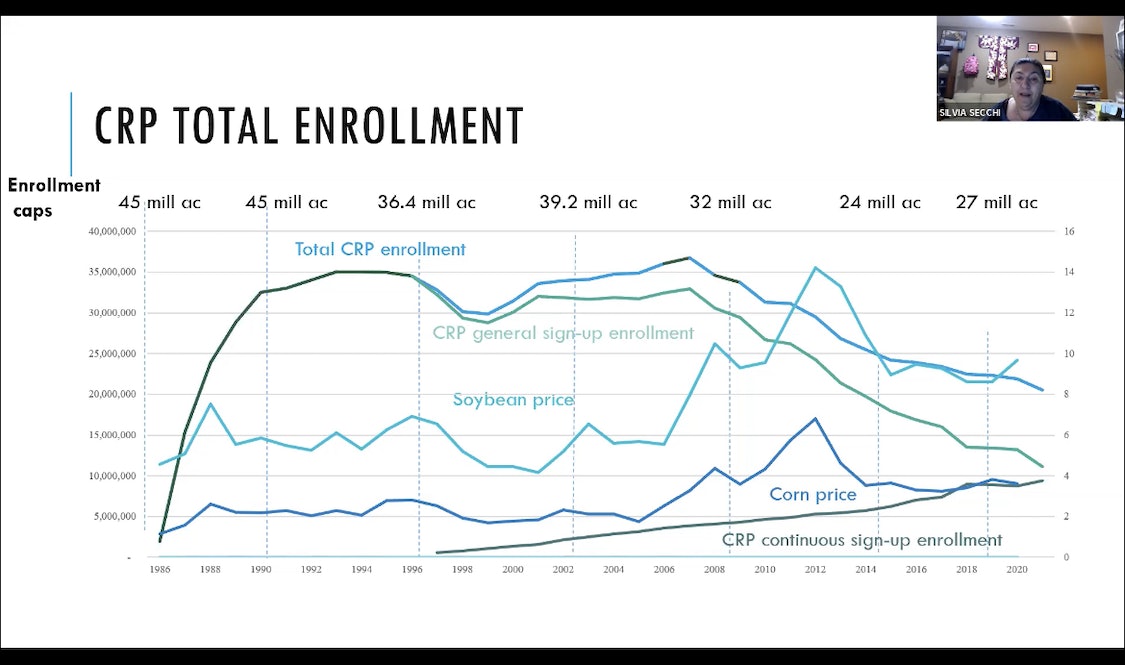 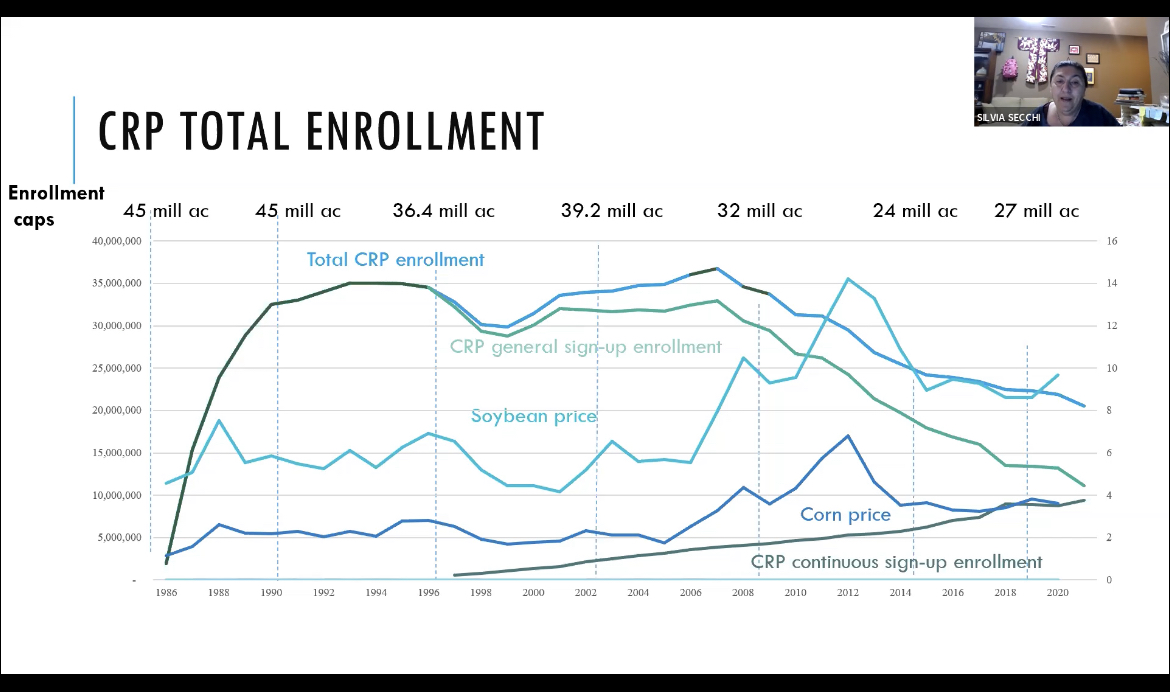 What else has changed since about the time Iowa rolled out the Nutrient Reduction Strategy in 2013? Well, we've added about the entire population of Iowa in more pigs since 2010. About 1.5 million hog spaces times two turns per year is the math: 3 million more hogs. 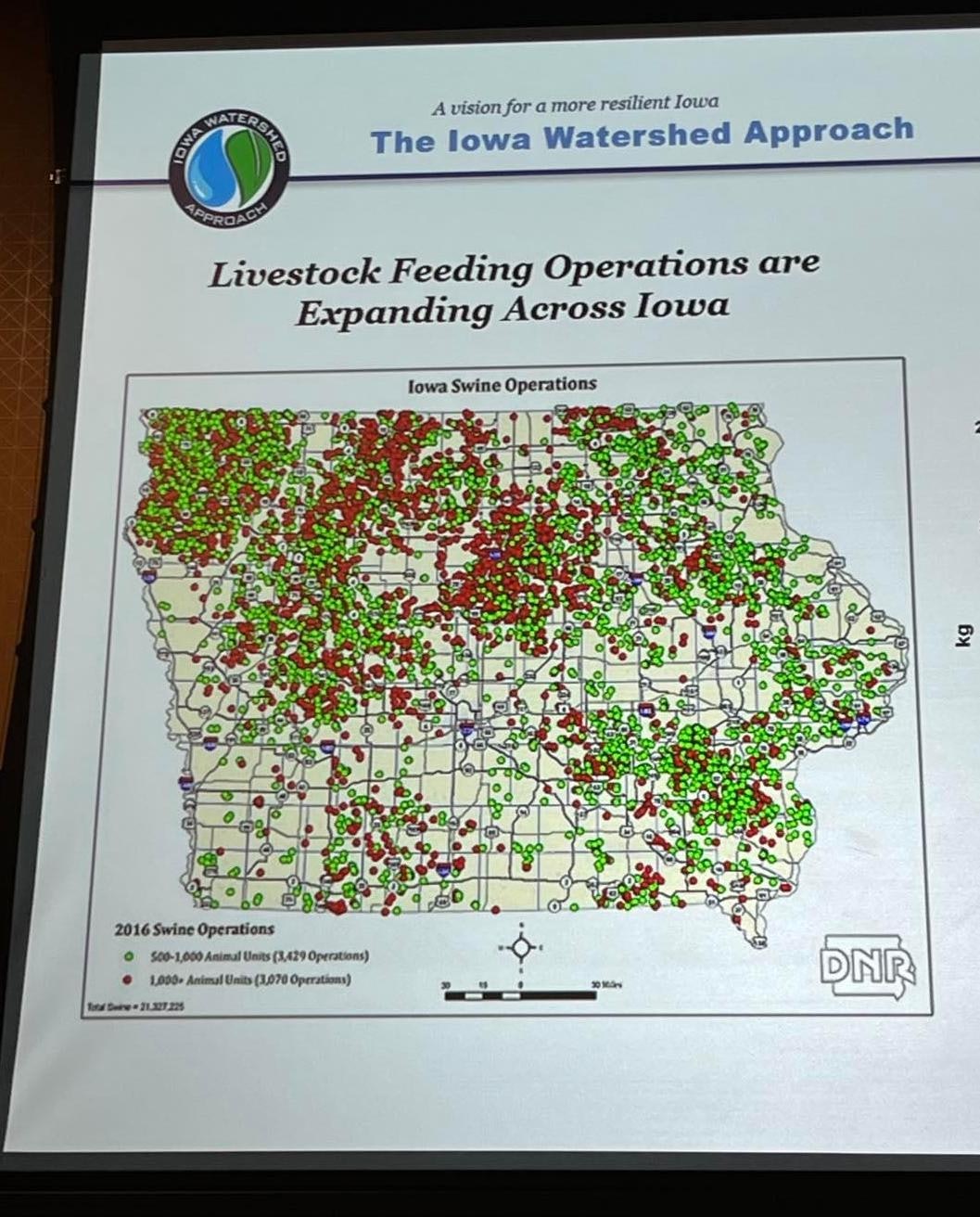 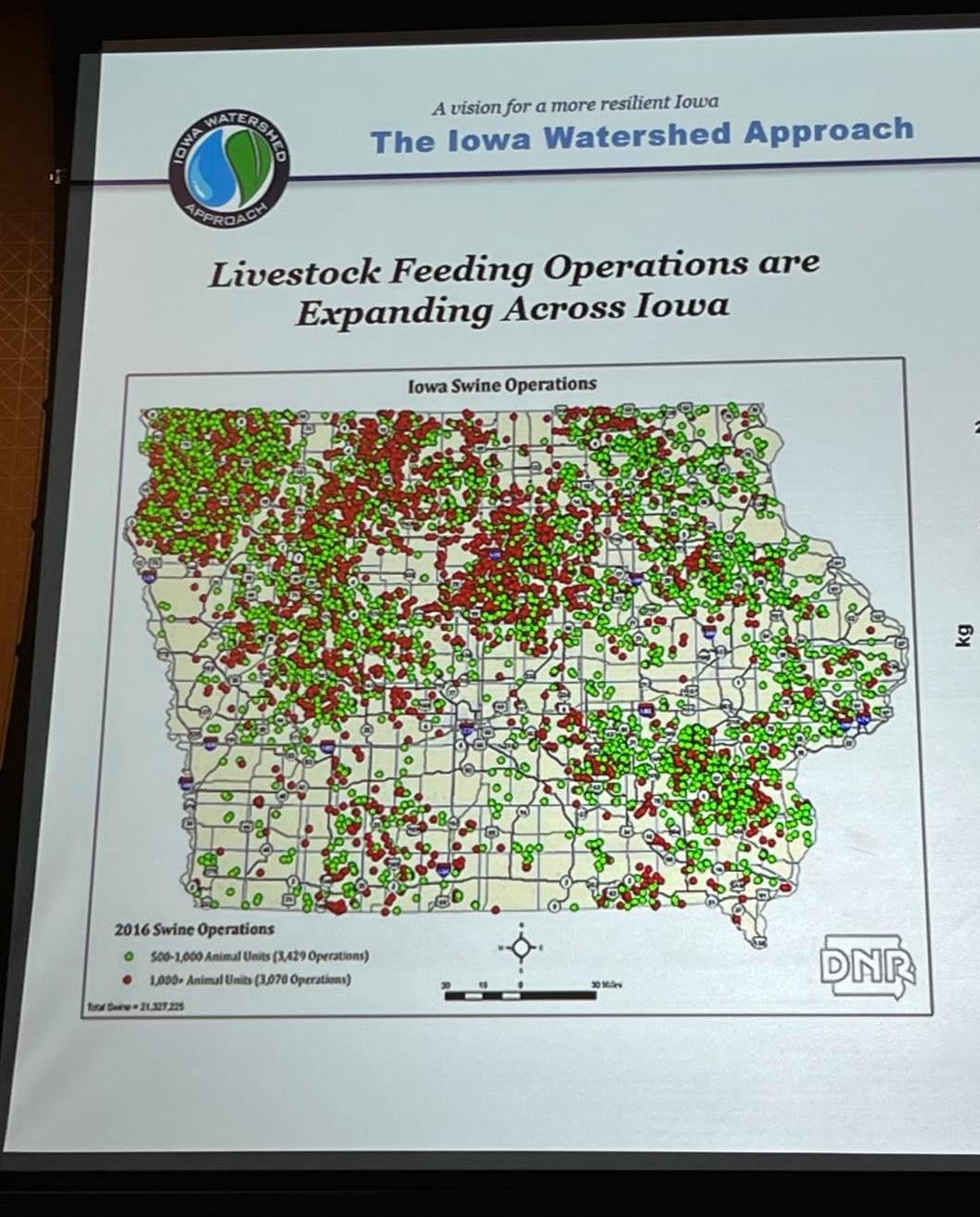 We're adding new tiling at the staggering rate of over 100,000 acres per year. That is in addition to the 14 million acres of tiling we already have. 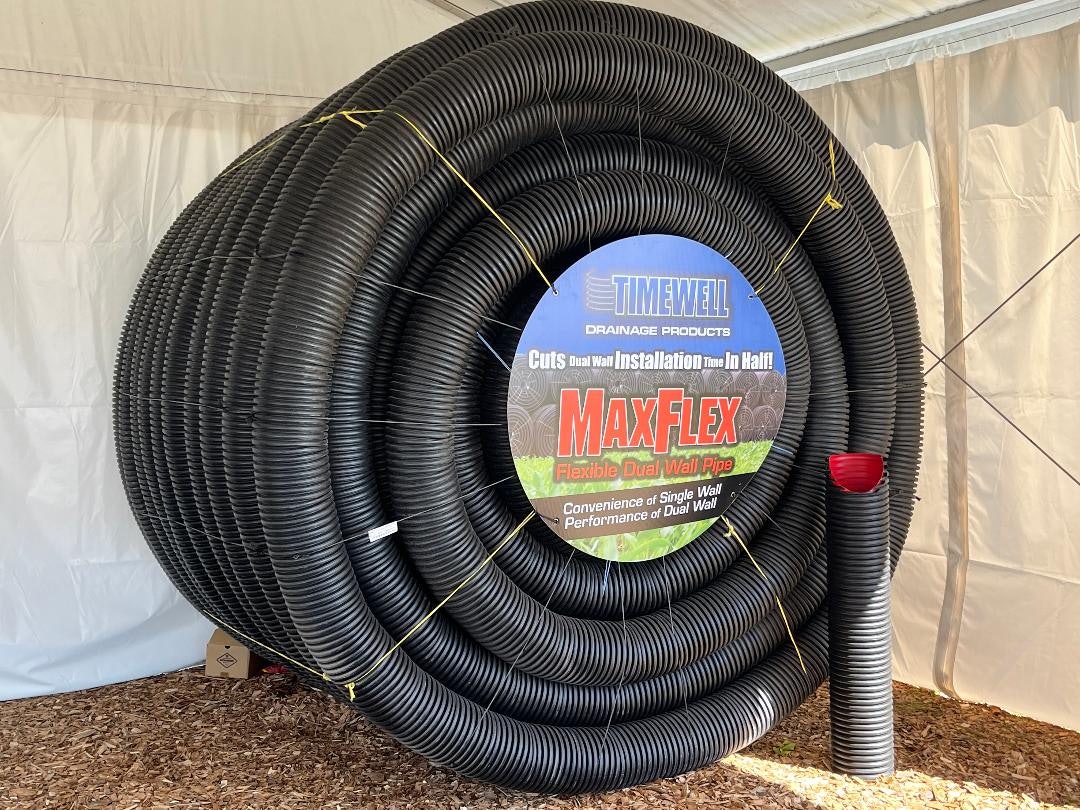 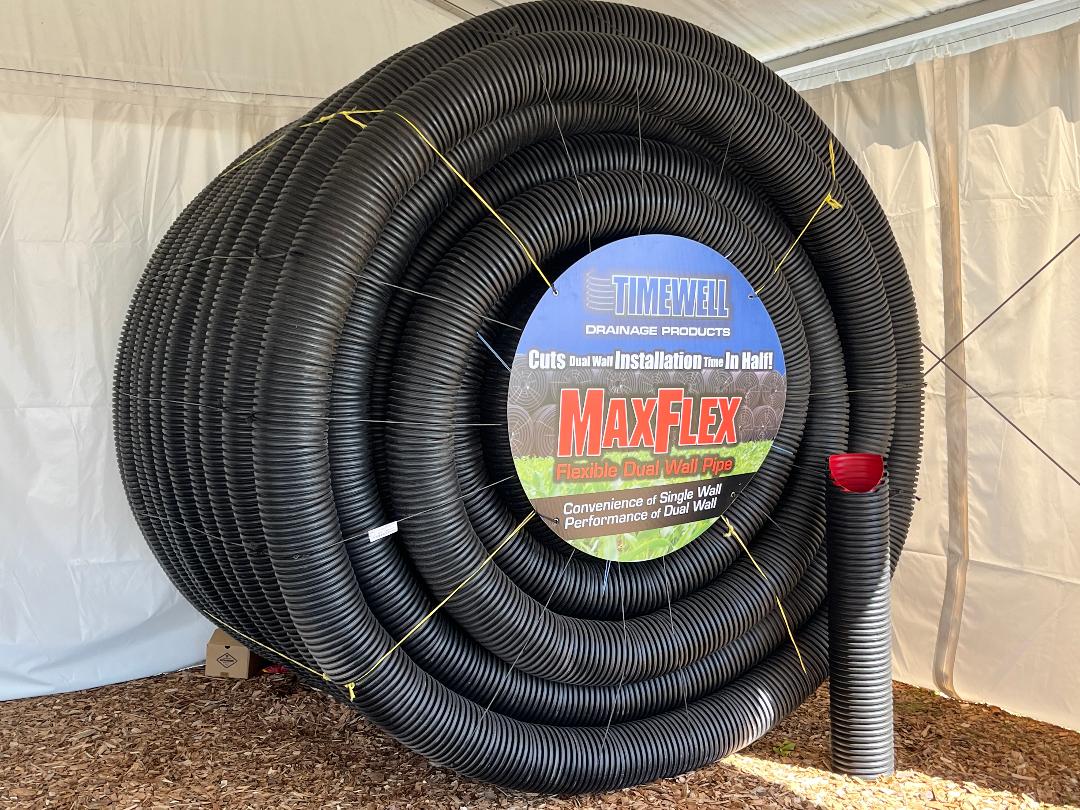 At the Farm Progress Show, I asked one drainage tiling company how much tiling they installed in an average year here in Iowa and the Midwest.

"Nobody's ever asked us that," they told me. Then they did the math and came back with 90,000 acres! One company, one year.

How do you think a dozen new wetlands and some saturated buffers will stack up against those numbers? And we have to remember, our productivity of corn keeps going up. Millions more bushels per year. Guess what. That means more fertilizer, spray, etc. 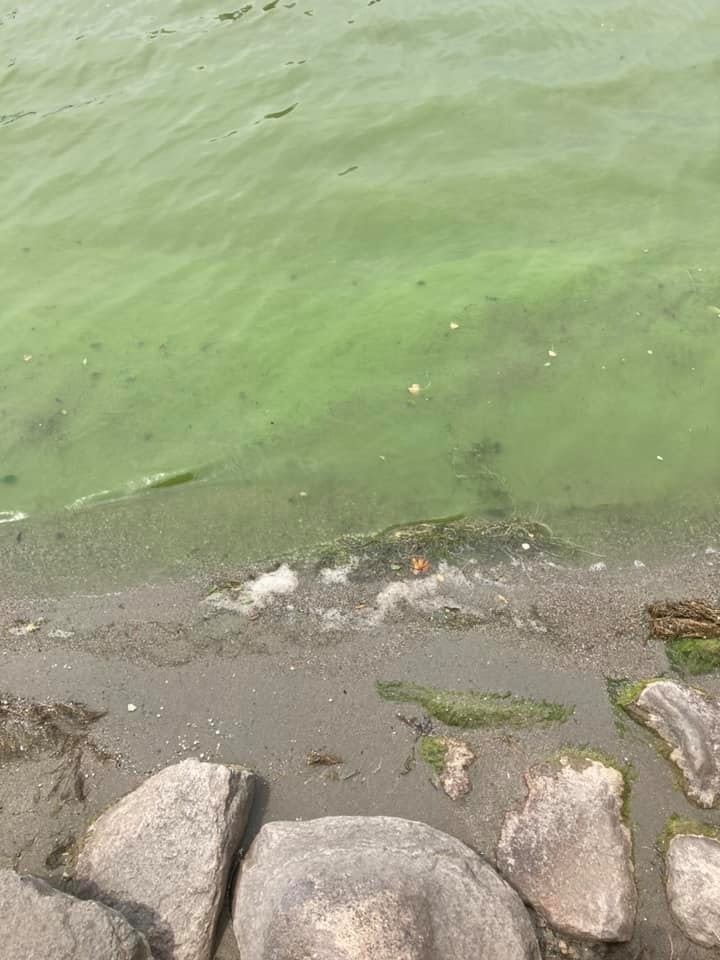 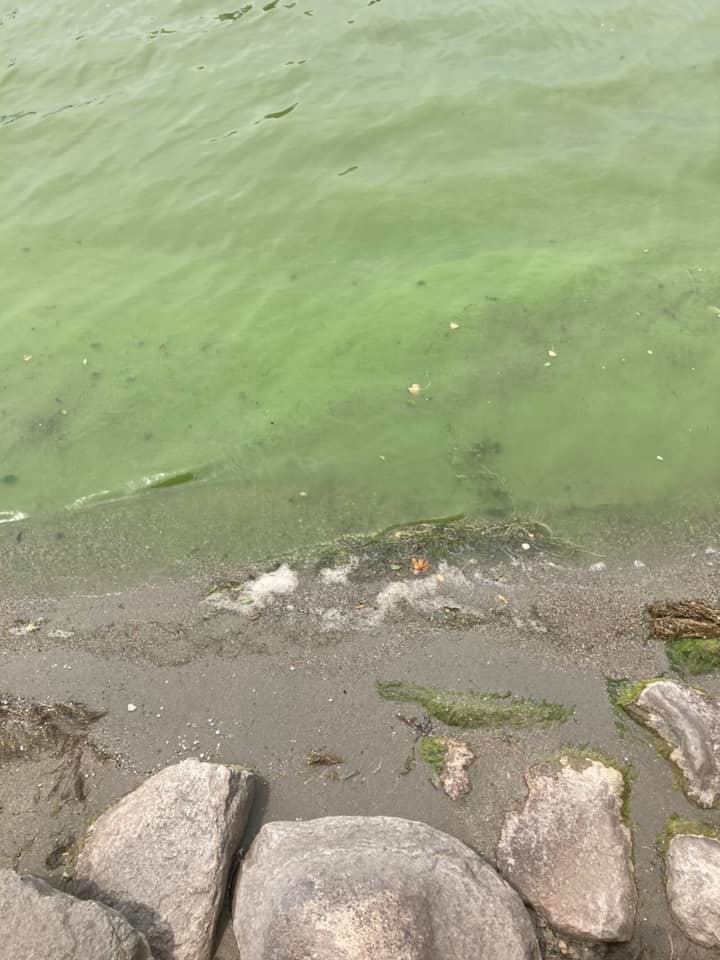 Algae at Black Hawk Lake in Sac County, June 2021. This lake is connected to the North Raccoon River

You get the idea. This is a very large system out-of-balance and going in the wrong direction. Climate change will magnify the results, because soil loss and water pollution move with more intensity during more frequent and intense climate events.

What's the solution? We need a systematic approach, which is what I introduced and led for Polk County via our Polk Soil and Water Conservation District and a team of thoughtful dedicated personnel. Public sector, private sector, and nonprofit sector working together but in some focused and prioritized ways, and working closely with landowners and farm operators in targeted areas.

My opponent seems to think—and asserted during our Iowa Press "debate" last month—that he had already thought that up. It was just a matter of finding the money.

Ha! I wonder why he had that June 2021 press conference we all attended, announcing our Polk SWCD-Polk County ground breaking approach?

There was also a boatload of new work and systems that had to be worked out -- design to outreach, to contracting, to construction to create this new systems approach. He didn't think up the approach. I've seen it. He'll say just about anything, and I think when he says it, he believes it's true.

I have no doubt Iowans can rise to this challenge. We have one of the most important growing regions in the world. I want to lead a new chapter of regenerative and resilient agriculture, based on the concepts of sustainability, diversity, resiliency, inclusiveness and flexibility.

I call it Iowa Built to Last. One organizing process, if the governor and legislature agree, is to write an Iowa-based Farm Bill to engage Iowans around the state. I intend to help lead that effort. All 99 counties. Let's have Iowans join that conversation and begin to craft the strategies that can deliver resiliency and autonomy.

Another principle is one of flexibility. Let's make Iowa the Saudia Arabia of food and agriculture. Add flexibility to the system and markets so we can step up and provide food and agricultural products that the market needs as wars, floods, famines, increasingly require more quick adaptations.

After driving more than 30,000 miles and visiting all 99 counties as the Democratic candidate for secretary of agriculture, I have pretty good idea what's on the minds of many Iowans. Clean water, addressing spray drift, supporting farmers against the market power of Big Ag, providing new opportunities in agriculture to those not born on a farm, addressing renewable energy, cracking down on puppy mill violators, addressing labor issues, and more. The list is pretty long.

The mission of the Iowa Department of Agriculture and Land Stewardship is broad and foundational to Iowa, the nation, and the world. Arguably it's one of the most important state offices, with respect to the economy, the environment, public health, and animal welfare.

I'd appreciate your support in November. Check out the website for more information www.norwood4iowa.com. If you are inspired, send along a contribution for gas in the tank. Every dollar helps.

There's lots of work to be done. It's an exciting time to be in Iowa. Won't you join us? Vote Norwood for Iowa Secretary of Agriculture.