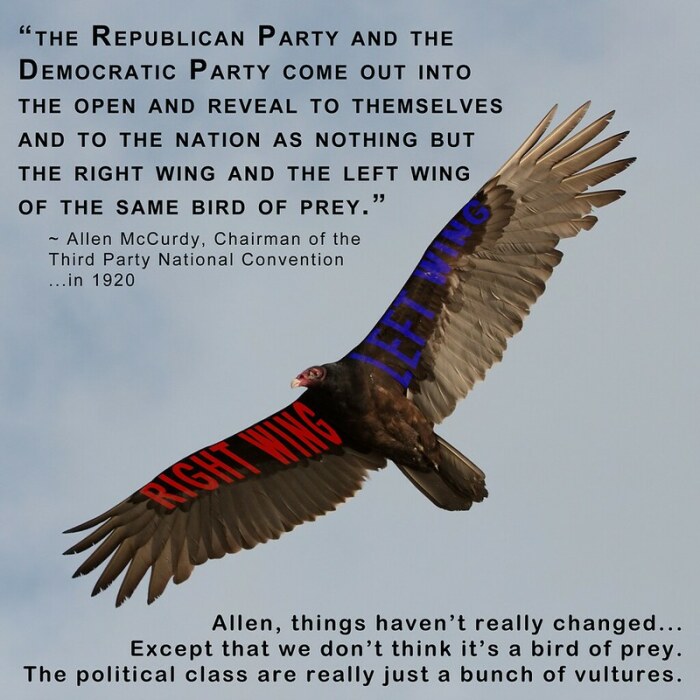 RJ Miller was an independent candidate in Iowa House district 34.

The two-party system is not working for Iowans, who deserve a better alternative—be it a third party or running more independent candidates.

The problem is the corporate parties do not speak to the needs of all people. They care only about protecting their own interest, which is money and power.

In urban communities, we are told to vote blue straight down the line, which is a disservice. Black people and people of color in general should never vote straight party line; we should vote based on policy.

If we give our vote, we should see results. But often, we are left with promises and empty hopes from Democrats. We are told that if we elect Democrats, things will change. But young people are not seeing changes within our community.

In addition, many people of color are treated unfairly by the criminal injustice system. Being wrongfully convicted or over-sentenced creates barriers for employment and housing. People with felony convictions want a real second chance.

The Iowa Department of Health and Human Services (formerly the DHS) is unjustifiably taking peoples kids, and it is very difficult to fight against them.

We also have a huge number of houseless people, and the problem is not being addressed.

Waiting lists for mental health services are long as well.

Democrats talk about funding public schools but can never tell you where the education money has gone. Too much has gone toward athletics or lining administrators' pockets, as opposed to addressing the low test scores and the drop-out rate. It should be a state of emergency when kids can barely read and aren't proficient in math. High school kids don't know how to fill out a job application or write a resume. They aren't being taught civics or life skills or anything that will fully prepare them for adulthood.

Democrats say we need more Democrats in office, but look at the Des Moines city council. They have become like dictators: not listening to the constituents who voted them in, bringing SWAT to city council meetings when touchy subjects are brought up.

Meanwhile, the Republican Party is horrible when it comes to outreach toward people of color, and horrible when it comes to understanding or sympathizing with social justice issues. Within the GOP, many claim to be conservative, but that's in name only. A real conservative would conserve other people's civil and human rights, not violate them. Nor would they say they want less government and claim to respect the three branches of government, while repeatedly getting the state involved in local government issues.

Both parties have also shown discrimination against people of color in their own ranks.

Moving forward into 2024, we need to engage more young people and encourage them to vote or to run for office themselves. We should be advocating to dismantle the two-party system and running a third party or more independent candidates.

My preference would be to run independents who are conscious and have love for their community. They should be of and for the people. We should create some way to help these candidates, so they don't need party funding. Maybe we the people should fund them, or form some kind of PAC to support them. Make them accountable to us, not a party.

We need to hold everyone who got elected in 2022 accountable, and push them to support good policies. We should be willing to work with both parties at the state capitol, not just one or the other. We don't have to like the legislators, but we need to remind them that they work for us and let them know what we would like to see done.

The 2024 presidential election campaign will bring a lot of division. While parties seek to divide the people and cause disunity, sometimes with propaganda, we must hold firm and be independent voters. Make both sides work for our vote, not just give it freely. If none of the candidates want to fight, we should weaponize our vote by not voting for them. Out with the old, in with the new independent wave.

Top image: Right and left wings of the same birds of prey, work by KAZ Vorpal, available via Flickr.