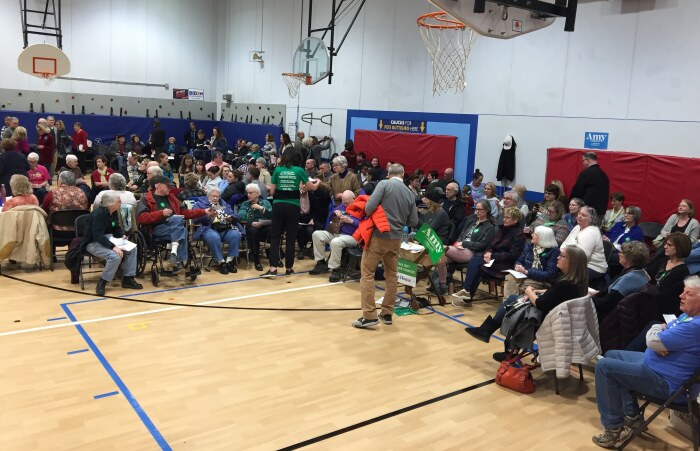 Judging from the furrowed brows and dire predictions in Iowa, you might have thought a national Democratic Party committee had voted to eliminate motherhood and apple pie last week.

Actually, what the committee eliminated was Iowa’s first-in-the-nation spot for the Democratic precinct caucuses, a coveted kick-off role for Iowans in the party’s presidential nomination process every four years since 1972.

After the fiasco in the 2020 Iowa Democratic caucuses, when tabulating and reporting glitches left the outcome in doubt for several weeks, the decision on Friday was as much of a surprise as Governor Kim Reynolds’ landslide re-election victory.

The critics would have you believe the national Democratic Party is not interested in rural America in general, nor Iowa specifically. The critics included some unlikely allies.

Scott Brennan, a Des Moines lawyer and member of the Democrats’ Rules and Bylaws committee that met on December 2, told the Des Moines Register the decision was a “complete kick in the teeth” to Iowa. U.S. Senator Chuck Grassley, a Republican, tweeted that the decision showed “complete disregard for Iowa voters + rural America.”

Grassley issued a lengthy statement last week in which he claimed, “coastal elites and party bosses put their thumb on the electoral scale to drown out the voices and values of Middle America to advance their woke agenda.”

The senator let his adjectives get out of hand. As with many things in life, everyone wants to be first. But that is impossible. Everyone cannot go first.

For half a century, Iowa has enjoyed its time in the national presidential spotlight every four years. But as that spotlight has grown brighter, Democrats in other states have objected to the disproportionate share of attention Iowa always gets from candidates running for president.

If you poured truth serum down the throats of Iowa Democratic leaders, they would admit the caucuses are a quirky process that is more time consuming for participants than simply voting in a primary election. That flaw with the caucus structure undermines the near mythological status accorded to Iowa.

Those who work on caucus night are left out and could not be counted. So were people who could not set aside two or three hours to stand shoulder to shoulder in a school lunchroom or a church meeting room. Those who were out of town could not participate, either, because there was no absentee ballot option.

And then there were the problems for interested Democrats who could not drive at night, or who were fearful of venturing out in nasty winter weather, or who were in poor health.

Brennan and other Iowa Democratic leaders should agree on some painful facts, chief among them that the party's most important task should be recruiting, training, equipping and supporting strong candidates to run for local and state offices.

The outcome of recent Iowa elections underscores that uncomfortable reality for Democrats.

A Democrat last occupied the governor’s office in 2010. That also was the last time the party held majorities in both the Iowa House and Iowa Senate. And Democrats last had a majority in one legislative chamber (the Senate) in 2016.

Iowa Democratic leaders should not allow their attention to be diverted by a no-win fight over which state gets to go first in 2024 in helping to choose the Democratic nominee for president.

It would be wise for Brennan and Iowa Democratic Party chair Ross Wilburn to put aside their personal disappointment and consider whether a chaotic fight across the United States over the Democrats’ nominating calendar is a recipe for party discord and division heading into the 2024 presidential election.

Frankly, it is silly for anyone to assert that Iowa is the only place for candidates to go to discern Democrats’ presidential preferences or to divine the thinking of people in Middle America. It is nonsense to believe that campaigning in another state is too expensive or that candidates schmoozing in coffee shops and cafés cannot occur anywhere else.

One wrinkle complicates all of this: an Iowa law requires the state’s Republican and Democratic caucuses to be held at least eight days before any other state’s presidential nominating event.

There is no way the Iowa legislature, with large Republican majorities in both chambers, is going to let the Iowa Democratic Party off the hook. And some top Democrats in Iowa (like Grassley) want to see the Iowa party ignore the national party’s decision and hold Iowa’s Democratic caucuses ahead of any other state.

But Brennan and Wilburn should avoid the temptation. Doing so would lead to chaos and acrimony among Democrats nationally — which is just what Grassley and other top Iowa Republicans hope to see.