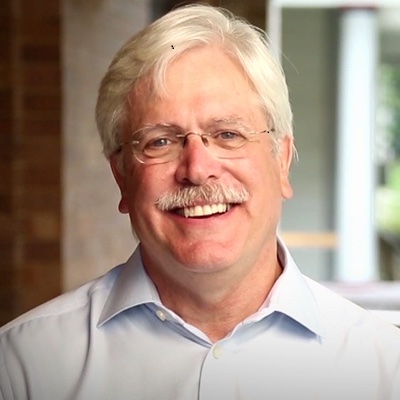 Jack Hatch is a former state senator and was the 2014 Democratic nominee for governor of Iowa. This essay first appeared in the Des Moines Register.

Iowa Democrats were wiped out of every federal office and all but one of the statewide offices while losing seats in both the Iowa House and Senate. This is the first time in more than a half-century in which one party controlled all of the state’s U.S. Senate and House seats.

The Iowa red wave happened against the backdrop of a pretty good cycle nationally for Democrats. Conventional wisdom says midterm elections are never the best barometer of a national mood, frequently producing a predictable backlash against the performance of the President’s party. The 21st century has produced strong evidence in this direction, in 2006, 2010, 2014 and 2018. Tough economic numbers including high inflation and interest rates supported forecasts of doom for Democrats in 2022.

Then a strange thing happened. The political center held.

Democrats continued to control the U.S. Senate and lost a handful of seats in the U.S. House, not the dozens that were forecast. Democrats added governors and for the first time since 1934, not a single Democrat legislative chamber anywhere in the country changed hands. In fact, somewhat surprising chamber flips in Michigan and Pennsylvania added to a sense of relief and possibility that did not exist through most of the cycle.

Iowa’s performance was an outlier. Republicans were not only able to break the overall trend of the cycle but run the table and win very competitive seats they were losing elsewhere. Look no further than central Iowa's third Congressional district, in which they ousted a Democratic incumbent, while voters re-elected a Democratic incumbent by double digits in a culturally similar district just down I-35 in Kansas.

Iowa Democrats enter, yet again, a period or reflection, redesign and, I hope, re-emergence as a competitive and relevant political organization. As a veteran of previous election reviews and postmortems, including as a statewide candidate in 2014, I’m certain there are lessons we have yet to learn and steps we’ve yet to generate a willingness to take. Nothing less than a total reboot of the Iowa Democratic Party must be on the table.

Candidate-blaming is my least favorite enterprise, for obvious reasons, but let’s lay off the Democrats who stepped up in 2022. There were bright spots, and Admiral Mike Franken’s late-cycle strong polling performance is at the top of the list. A solid campaign that really was competitive for a while. That’s meaningful, but Iowa Democrats had no grassroots campaign and the Iowa party organization collapsed.

The challenges Iowa Democrats face are deeper, take place earlier in the process, and require a lot of hard work that will happen beneath the surface. Now is the time to remember the quote often attributed to Albert Einstein (though he probably never said it): insanity is “doing the same thing over and over again and expecting different results.” Democrats must change their approach, dramatically, or we will fall further and further behind when it comes to holding and exercising power at the state level.

The 2022 outcomes did little to inspire confidence in the underlying fundamentals for Democrats. The party continues to be out-organized, outspent, and saddled with too many independent messages. Since 2014, Republicans have registered more voters than Democrats and they have long turned out voters at higher rates, especially in midterm elections.

The reboot starts with an overhaul of the party structure, which includes selecting new party leadership willing to do anything but continue the status quo, and a new governing board that is leaner and more engaged than the current bloated state central committee.

It’s important to note we did attempt to retool our campaign coordination efforts in 2022, without much to show for it. The Hughes Project largely functioned as a rechanneling of the same dollars into a stronger attempt to coordinate the message, the polling, and the organizing.

We continue to operate from the premise Democrats have more available votes in Iowa. The hurdles have been registration, voter contact, and turnout. There are 23 states with Democratic networks similar to the skeleton organization that the Hughes Project was fostering with an infrastructure capable of harnessing more dollars and sharing more information to all campaigns. In some places, it’s referred to as “walls-down” infrastructure.

What it permits is better state-level coordination of activities, sharing of funding sources, coordinated political messaging and maximizing volunteer efforts. It means that while we understand the independent nature of campaigns, we leverage shared functions which include registration, GOTV and messaging. The new Iowa Democratic Party should incorporate the Hughes Project’s infrastructure without delay with new political leadership supported by county parties and Iowa donors.

While there is plenty to be reformed in Iowa, I’ll focus on a successful citizen engagement initiative as foundational to any new organizational effort. No matter what else we do, direct engagement of Iowa voters must come first. We can throw as many dollars as our consultants tell us to into the late stages of a general election campaign, but we will never be successful if our voter identification process lags that of our competitors.

We know voters want to be involved. But so much of our political activity is fired off into the void as social media posts that do little but reinforce the brand identification our base already has with our product. A new “citizen engagement” initiative would capture elements of that activity and harness it to support old-school organizing.

The new system would provide direct voter contact through digital communications on a regular basis on policy and political topics at the state and federal level, providing a mechanism for a thoughtful two-way communications loop. The key element will be interactivity – the chance to be heard, not just shout back in pep-rally style agreement or opposition.

The vision is for the grassroots formation of a network of people-oriented, people-operated and people-self directed communities which jointly create a social network of educating voters on issues important to them – “the people speak, and the politicians listen.”

We need real civic discourse where people on the ground can share their feedback openly, honestly, and safely to find the messages and, more importantly, the policies that resonate where all voters can get behind. If we do this, Iowa Democrats can build winning coalitions across demographic, partisan, ethnic, geographical, and ideological lines.

It's time to build upon a branded digital engagement platform that goes beyond social media advertising, that talks to voters, and creates a structure for them to talk back as part of a community. Firms like Countable, and their platform causes.com, can build a digital hub for state parties for supporters to engage and take action. State party organizations will be armed with a platform to facilitate a truly ground up and civil conversation to advance our values, not just our candidates. And this is just the starting point, this digital community can grow into a network of subcommunities for states by region, issue, or affinity group and it can connect like-minded causes and networks. It can tap into the Metaverse.

A comprehensive, free, secure, subscriber-based digital network can also blend with a real-world ground game. Users can register to vote, pledge to vote, find their polling place, create a plan to vote and turn out others, and contact their lawmakers through a mix of native platform features and embedded tools supported.

But now, what we need to thoroughly understand is how people create change, how we can guide them to change, and where, and how change can actually be created or awakened.

Former Governor Robert Ray understood this dilemma when he said, “Iowans want to move forward, they just don’t like change.”

Ironically it does not come from within the organization, which is where we all start, and it will not come from the influencers you have in the organization or the community like the existing State Central Committee of the Iowa Democratic Party. They are the ones who will sabotage it, because in spite of what comes out of their mouth, they don't want change and will do everything to keep the status quo.

Why do we love to talk about Innovation, but refuse to change?

How to create change? Because it isn’t happening with the Blue Party and current influencers and political leaders.

Citizen Engagement – a truly democratic based digital network that can teach a new group of leaders who will listen and be open to change, how to go about it based on the science and the rules of engagement.

Change comes from the periphery, not the center or from within. It comes from people like small-town retailers, blue-collar assembly workers, teachers, homemakers, bartenders, entrepreneurs, or youth and women with a common sense, or a new idea from outside the circle.

If Iowans don’t understand that our exceptional future is in the balance, then let’s do the same thing over and over again; but if we are, indeed, looking into the abyss of chaos, then let’s get to work and “Let the People Speak."