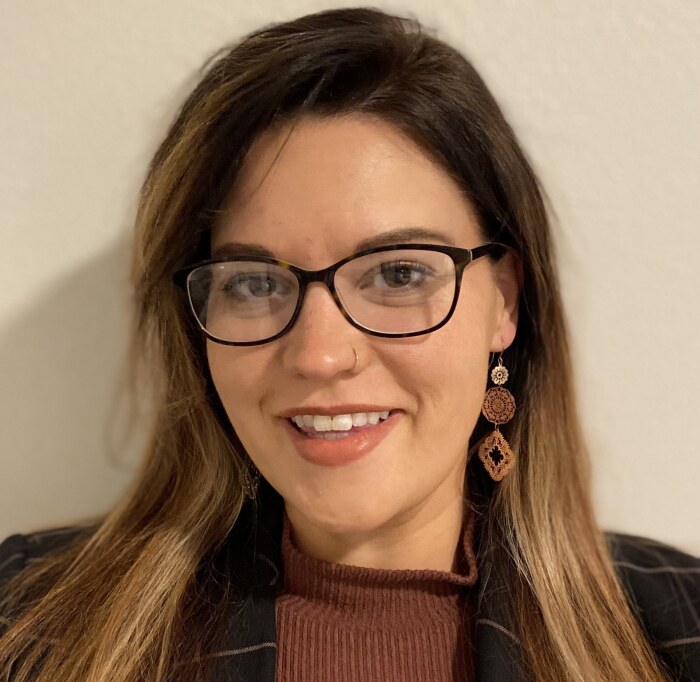 Brittany Ruland is a community advocate, politically passionate individual who has been consulting and managing campaigns in all capacities around the country since 2015. She is a mother, grassroots organizer, and Iowan who most recently has worked for Senator Sarah Trone Garriott as well as Senator Bernie Sanders and President Joe Biden’s campaigns in 2020.

2022 was a rough year to be a Democrat in Iowa. Watching the results roll in felt like a collective gut punch. Next came the stinging realization that even with mostly-good results for Democrats nationally, we again lost ground in the middle of the country, even in places many of us were confident were winnable. It felt like salt on the wound.

A silver lining emerged as returns continued to come in, with Democratic State Senator Sarah Trone Garriott taking down one of the most dangerous Iowa Republican legislators, Senate President Jake Chapman. At that moment, I realized that even though we lost seats in the state legislature, this race could be a turning point for our party.

When most projections from national pundits had Democrats down by 2 to 5 percentage points, and many predicted a blow out win for the GOP in Iowa as well as nationally, we performed in a way that many said wasn’t possible.

I’m here to say I believe we can do it again. We can rebuild and organize. We can take a step back and reimagine how to win statewide by replicating our successes, to grow our capacity for victory across the state.

Bringing people together with compassion, empathy, and love, like we did on Senator Trone Garriott’s campaign, is the number one place where Iowa Democrats must start to rebuild. I have seen firsthand how leadership with a people-powered plan wins.

That means believing all Iowans are bringing the best intentions to the table. No person is our enemy. Rather, bad policies, poor decisions, and systemic failures are our enemy. As leaders, we need to do a better job at listening, especially with communities of color, refugees, people with disabilities, and others who have been neglected or forgotten. Positive change starts with bringing people together around a common goal of representing everyone.

Trone Garriott did that in her campaign, and it's what we need to be doing—not just during the election season, but all the time. That is how we win.

It's not always easy to engage voters on politics, even when they are supporters. That should no longer limit our voter outreach, though. Tough conversations are effective, and Trone Garriott never shied away from them. In fact, she welcomed them. Choosing to meet Iowans where they are is a leadership quality we must carry with us across the state. Our leaders aren’t just representing those we get along with, they represent all their constituents. It's far past time to start remembering and bringing that forward, no matter how uncomfortable we may feel.

Through tough conversations comes empathy, trust, service, community, and hope. We do this by meeting people where they are, actively listening to their needs, and asking, "what can your leaders do to build your community back stronger?"

Trone Garriott embodies this approach. We should seek to emulate it statewide, not only because it resonates with voters and donors, but because it's the right thing to do.

Thanks to the Iowa caucuses, every four years we had the national spotlight, and along with it the presence of many large donors and organizations that would help us fund a robust coordinated campaign to get out the vote. Unfortunately, we have lost that position in the presidential nominating process.

With many national progressive and Democratic organizations or committees writing off Iowa this election cycle, it was more important than ever for Trone Garriott to cultivate relationships and build sustainable coalitions. She laid the groundwork to unite local groups and a new generation of donors around a positive vision for Iowa’s future, without relying on the national organizations that have helped Iowa Democrats in the past.

While reflecting post-election, we see that the overwhelming majority of money Trone Garriott raised came from within not just Iowa, but Senate district 14 itself. That proves a broad base of campaign donors can overcome even big money on the Republican side. It is evident that the key to keeping Iowa Democrats financially competitive is by uniting labor unions, Iowa major donors, and issue organizations. That kind of finance coalition program would allow us to overcome the inevitable loss to our “political economy,” now that we are no longer first in the Democratic presidential selection process.

Over the years, Democrats have shied away from organizing rural communities. Many believe that it’s not worth our efforts. While we may not gain outright wins in rural counties, we cannot discount the votes we do pick up. Many of us know the story of Rita Hart loss of a U.S. House race by only six votes in 2020. Josh Turek, a Democratic candidate for state House in Council Bluffs, won by six votes in 2022. More and more we are seeing key races across our state being decided, for better or for worse, by margins of 2 percentage points or less, which is a margin a strong ground game can make up.

Iowa's rural areas have the potential to swing these outcomes in our favor. The same is true for marginalized communities. Such voters often feel neglected, left behind, and only sought after when they are needed to break tight races. Then they’re forgotten once again.

Unfortunately, continuing to neglect an already apprehensive block of voters will produce more disappointing results in races that were winnable, if enough resources had been invested in every community. Whatever strategy may have worked in the past, Trone Garriott’s victory shows that to win, we must work for every single vote in every single town, county, city, and community.

The people of Iowa will work hard for us if our party and its representatives work hard for them. We must rebuild bridges of trust with our rural and marginalized voters by investing in cultivating relationships with local leadership, year-round, in all communities. Only then will we truly be able to see more outcomes like Senate district 14.

It won't be easy for the Iowa Democratic Party to regain our prominence and stature, and it won't happen overnight. But if we take this opportunity that the Democratic National Committee has given us, with a renewed dedication to rebuilding the party from the ground up, the next generation of Iowa Democratic leadership will usher in a new era of victory for our struggling party.

I have hope, belief, and a vision. I hope you will join me in rededicating ourselves to investing in Iowa. You, our party and all of our communities deserve it.