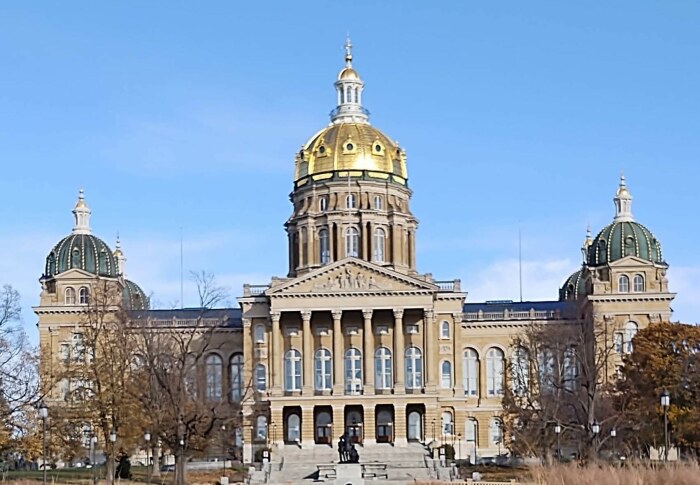 Over the years, I’ve participated in some great Iowa legislative forums and some that left me with what the old commercial called an Excedrin headache. Most of the time, those headaches came because I didn’t prepare, and I left things unsaid or unquestioned. It’s a little like being in a debate with someone and knowing just the right thing to say, a few hours too late.

For that reason, I offer a simple guide for discussing private school vouchers at legislative forums. Although Iowa House Republicans have twice refused to pass Governor Kim Reynolds' scheme, and a statewide poll last year showed 52 percent of Iowans opposed using public money for private schools, the governor seems determined to force a yes vote. Those who oppose vouchers need to be equally determined and prepared.

I believe voucher legislation will come early in the session and will be negotiated behind closed doors, much like the 2017 bill on public sector collective bargaining. It worked once—why not again?

That means opponents must be organized from the beginning.

It will take hard pushback to derail this voucher train. The best way to influence legislators is to meet them face to face at local forums, which are often held on weekends. The key to not having an Excedrin headache is knowing who’s in the room, understanding the format, preparing argument in advance, and asking hard questions.

Who is in the room?

It’s important to know who you’re talking to, so it's helpful to do a little research in advance. Where does your state legislator live? What does the person do when not in Des Moines? Who supported his or her election with time and money? On which committees does the legislator serve? What are their interests?

There are at least three types of legislators you may meet at forums.

The second type simply refuses to attend forums when they know people who attend are poised to ask hard questions. They believe their entire job is in Des Moines, or Washington. DC. They are wrong.

The third type are those who come to forums to make speeches so they can run out the clock and leave before the Q&A begins. They may take a few questions, but only from their friends, and their answers are long winded and full of party talking points. They dodge and weave more than a running back looking for the end zone. Their goal is to escape without saying anything the least bit controversial or meaningful.

I’ve been to a lot of forums where the moderator is more interested in hearing their own voice instead of ideas from the audience or from the legislators. If that happens, an individual or a partner in the coalition sponsoring the forum needs to make their voices heard.

For example, if the forum is sponsored by the school board and the Education Association jointly, but a board member or superintendent tries to dominate the discussion, the union representatives need to make their voices heard too. You don't need to be obnoxious, but you might need to be persistent and assertive. Educators know how to command attention. They do it every day in the classroom. Use those skills.

To avoid this problem, the coalition partners should meet prior to the forum and establish ground rules so no one partner dominates.

On a related note, parents and community leaders are critical in this lobbying effort if they share the coalition’s point of view. They have earned a voice and they should be heard.

Why are school vouchers a bad idea?

These bullet points are not the only reasons to reject vouchers, but are good starting points for discussion.

It’s not enough to sit at home and shout at the TV or click “like” on Facebook. To stop the erosion in Iowa public education, we will need people attending forums to help reshape the narrative.

If parents, educators, students, and community leaders value their public school, it’s time to stand up and help decision makers understand public schools are the foundation of this state. Let’s stop that foundation from crumbling.

Editor's note from Laura Belin: Iowans who attend legislative forums are encouraged to record the audio and/or video using their phones or other devices, so any newsworthy comments from state lawmakers can be confirmed later.

Top photo of the Iowa capitol by Bruce Lear, published with permission.