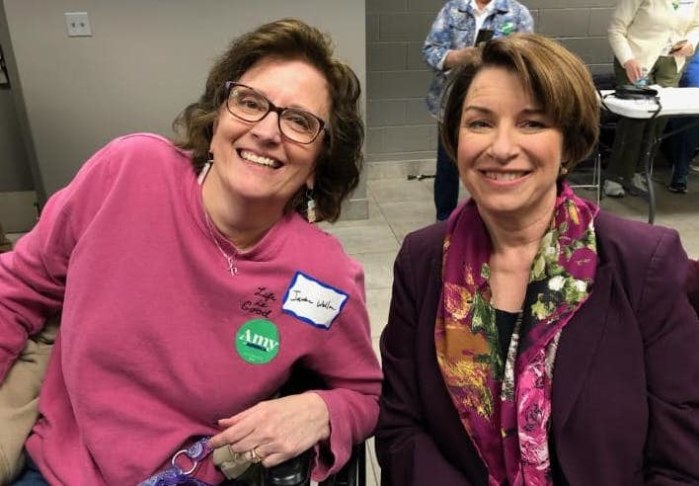 Why I support Amy Klobuchar

Jackie Wellman is a Democratic volunteer in West Des Moines and a board member and Iowa ambassador of the Spastic Paraplegia Foundation. -promoted by Laura Belin

For years I was in denial about having a progressive, rare motor neuron disease, but the fact is that I have Hereditary Spastic Paraplegia.  Senator Amy Klobuchar is the co-sponsor of the rare disease caucus.  When someone is fighting for people like me and my son, they deserve a look.

The senator was at my house in 2016 while stumping for Hillary Clinton.  I went to see her speak to the Asian Latino Coalition last April, walking away with even more appreciation.

After reading more about her and speaking to her, I decided she was the one I would be working for. Last June, I endorsed after trying to see as many candidates as I could.  Here are the reasons why: