I’m sure they’re not keen on Elizabeth Warren, but Bernie strikes a unique terror, because banks know anyone taking them on will have to wield the bully pulpit against them like FDR did. Bernie can do that. And heading up a ticket, no one else will do as well in critical precincts in the upper midwest, Pennsylvania and elsewhere that went for Obama twice, then flipped for Trump when people chose him as the middle finger to Washington, and to Democrats like Obama’s Treasury Secretary, Timothy Geithner, who famously stated that housing policies were “foaming the runway for the banks.” 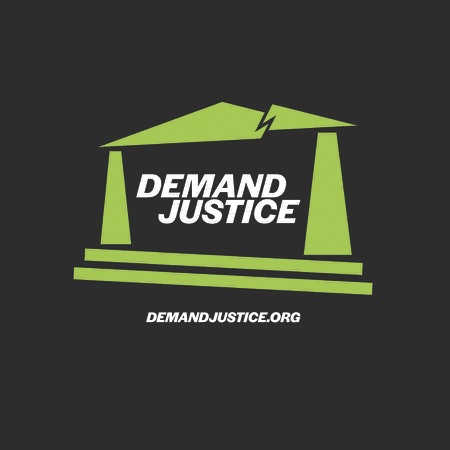 Democrats running for president must lead on the Supreme Court

Brian Fallon of Demand Justice: “Progressives need to hold Democrats accountable for their role in aiding and abetting Trump’s takeover of our courts and insist on a more aggressive response.” -promoted by Laura Belin

Our democracy is broken, and the Republican capture of the Supreme Court is a major reason why.

Over the last two decades, decisions like Bush v. Gore, Citizens United, and Shelby County v. Holder have betrayed the principle of “one person, one vote” and undermined confidence that our elections are truly free and fair.

With its decision this term in a high-profile gerrymandering case, the Republican majority on the court has gone further still, effectively given a green light to the partisan redrawing of maps.

Holder already is one of the longest-serving members of the Obama Cabinet and currently ranks as the fourth-longest tenured AG in history. Hundreds of employees waited in lines, stacked three rows deep, in early February 2009 to witness his return to the Justice Department, where he previously worked as a young corruption prosecutor and as deputy attorney general – the second in command – during the Clinton administration. […]

Holder most wants to be remembered for his record on civil rights: refusing to defend a law that defined marriage as between one man and one woman; suing North Carolina and Texas over voting restrictions that disproportionately affect minorities and the elderly; launching 20 investigations of abuses by local police departments; and using his bully pulpit to lobby Congress to reduce prison sentences for nonviolent drug crimes. Many of those sentences disproportionately hurt minority communities.

Republicans in Congress have long clashed with Holder over many issues, notably the “Fast and Furious” gun trafficking scandal and Holder’s original plan to prosecute the alleged plotters in the 9/11 attacks in federal court in New York City. (Eventually those cases were moved to military courts.)

I had very high hopes for Holder when Obama appointed him, and while he’s far from the worst in the current cabinet, he’s probably the most disappointing from my perspective. As Eric Posner explains well here, “Holder’s Justice Department has helped suppress civil liberties that interfere with what the Bush administration called the ‘war on terror,’ the currently nameless global operation to confront Islamic terrorism wherever it appears.” Although Holder doesn’t explicitly condone torture, the Department of Justice failed to prosecute CIA officials involved in torturing suspects.

Any comments about Holder’s legacy are welcome in this thread. I’ve enclosed below Senator Chuck Grassley’s comment on the attorney general’s plans to step down, and will update this post as needed with other Iowa reaction to the news.

P.S.-Although an early 2009 speech by Holder is now considered a “stumble” or gaffe, there was some truth in his observation, “Though this nation has proudly thought of itself as an ethnic melting pot, in things racial we have always been and continue to be, in too many ways, essentially a nation of cowards.”

Senator Chuck Grassley’s former chief of staff David Young and former U.S. Attorney Matt Whitaker have both officially entered the U.S. Senate race. Highlights from the candidates’ announcements and recent interviews are after the jump.

Any comments about the IA-Sen campaign are welcome in this thread.

A bipartisan group of senators including Iowa’s Chuck Grassley sent President Barack Obama an open letter this week asking for access to “secret legal opinions outlining your authority to authorize the killing of Americans in the course of counterterrorism operations.”

UPDATE: The Obama administration will provide “classified Office of Legal Counsel advice” on this issue to members of Congressional intelligence committees. I agree with Grassley that judiciary committees should be included as well, since they oversee the U.S. Department of Justice.

President Barack Obama announced today that his Chief of Staff Jack Lew is his pick to replace Timothy Geithner as Treasury secretary. I have low expectations, since Lew has been a “central player in two failed attempts at a grand bargain on deficit reduction with House Republicans.” The “grand bargain” would have paired token tax hikes on the wealthy with significant benefit cuts for middle-class and low-income Americans. Republican Senator Jeff Sessions of Alabama did not rule out filibustering Lew’s nomination.

I was surprised to hear that Hilda Solis is leaving as Labor secretary. She was one of Obama’s better cabinet picks, but White House officials have undermined her on several issues, notably efforts to regulate child labor at agricultural facilities. Brad Plumer posted a good summary of Solis’ record.

According to the White House, the following cabinet members will stay on for now: Attorney General Eric Holder, Health and Human Services Secretary Kathleen Sebelius, and Veterans Affairs Secretary Eric Shinseki. I’m concerned that Transportation Secretary Ray LaHood was not on that list.

Any comments about Obama’s cabinet and/or the “embarrassing as hell” lack of diversity in the president’s “inner circle” are welcome in this thread.

UPDATE: I did not realize that the Commerce secretary position has been vacant for almost six months.