I’m sure they’re not keen on Elizabeth Warren, but Bernie strikes a unique terror, because banks know anyone taking them on will have to wield the bully pulpit against them like FDR did. Bernie can do that. And heading up a ticket, no one else will do as well in critical precincts in the upper midwest, Pennsylvania and elsewhere that went for Obama twice, then flipped for Trump when people chose him as the middle finger to Washington, and to Democrats like Obama’s Treasury Secretary, Timothy Geithner, who famously stated that housing policies were “foaming the runway for the banks."

And no one should fear banks more than Iowans. They stand very naked, and very much at risk. My dad’s alma mater, Iowa State University, recently issued a report that Iowa farm finances are continuing to erode, with 44 percent of growers struggling to cover costs. Iowa farm debt hit $18.9 billion in the second quarter, the highest level in the country.

As it is, government aid is now providing nearly 40 percent of U.S. farm income.

Climate change isn’t helping prospects. Last year Iowa finished its wettest twelve months since records began, and it also had a rough drought. The most recent National Climate Assessment from the U.S. Global Change Research Program has nothing but grim news for the Midwest, including increased humidity and participation, eroded soils, rising temperature extremes, more pests and pathogens and major reductions in agricultural productivity. Worsening health conditions are also in the cards, with substantial loss of life by mid-century.

Now contemplate that the banks are about to do to us something similar to what they did to us in the Great Recession, from which many have still not fully recovered. If you don’t want to be blindsided, spend some time at Wall Street on Parade, where you can learn fun facts like a handful of banks are again up to their ears in derivatives exposure, are trading their own stocks in dark money pools, and that since Fall the New York Fed has funneled $6.6 trillion to trading houses on Wall Street in the form of of repurchase agreement (repo) loans, keeping the details opaque. There’s speculation by market watchers that the Fed is fueling a Ponzi-like rally in stocks. What could go wrong?

We’d never know that after the financial meltdown the Fed pumped in various bailouts the equivalent of more than $29 trillion, if Bernie hadn’t hammered away until he finally got that information.

Banks pulled plenty of tricks pursuing their business model of taking what doesn’t belong to them. Recently Citibank, which foreclosed on homes under an alias, was quietly revealed to have illegally held homes off the market for more than five years, while rents are rising dramatically from a shortage of affordable homes for purchase. It got a slap on the wrist. 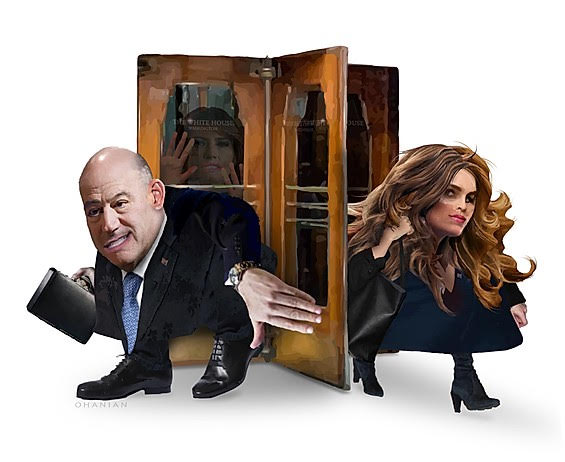 I have found from personal experience in Iowa that inaction against bankers behaving badly is a seamless web between state and federal public offices. The tone is set at the top, and it flows down through all tangential government offices. One of Obama’s greatest failures was setting a tone that talked a good game but threw people under the bus on behalf of banks, which ushered in Trump, who of course has set that tone from day one.

How do I capsulize over a decade of horror stories, involving one bank that was shut down, and another bank that took it over, both of which used the same foreclosure artists? I’ll just give one little slice. I broke my back to pay off in full an unfair settlement that was forced on us, to the astonishment of everyone familiar with the case. I relied on a bank’s representations, both verbally and in emails, that it would cooperate with the payoff arrangement being structured.

On the appointed day, it reneged on its promise, deliberately sabotaging my ability to pay it off in full by the agreed upon plan of having another lender buy the note. The bank knew there was no time for due diligence on another arrangement by the loan deadline. It refused to extend the deadline or modify the loan. It did so because my mom’s family farm, outside of Des Moines in a recreation area, was known to be worth far more than what was owed. The bank simply did not want to be paid off. So my mom, who lived with us in DC until we lost her a year ago at 101, had a very sad note at the end of a life that richly deserved much better. The loss of her farm, the family nest egg, and a great deal more. How does one begin to describe the wear and tear of a krap decade? How does one begin to describe the contempt with which I hold the bankers responsible, or the government officials who enabled them by averting their gaze?

I know what it’s like to go up against a bank on the bank’s home turf, where every decision is like rolling the dice on the cost of a college education. I know what it’s like to encounter the bipartisan fix for political darlings like family-owned and so-called community banks. And I include judges in the mix, because in Iowa they gather campaign contributions to run for retention elections. Over time that’s a recipe for courting pro-business decisions to the disadvantage of individuals. Judges know where the money’s at as well as Willie Sutton did. They can make a seemingly minor unexpected ruling a bank wants that in practicality throws the game. You like judges with a tin cup? Go to Iowa.

At every government level I encountered indifferent if not complicit public officials. It’s a hard education nobody should want, but I have enough stories to fill a book. And may yet do it. Public servants and in particular local prosecutors will claim to be overwhelmed and under-resourced. If you’re not a big headline providing political glory, and you don’t have local political backing and connected lawyers, you can forget about getting a measure of justice on anything that isn’t penny-ante.  Prosecutors also fundraise from banks and their lawyers. If you’re an out-of-towner, a centenarian widow half way across the country, just have a laugh.

These are the people who are to protect Iowans from predatory and deceitful banks. Except that they are all about protecting bankers. They all know each other, it’s a tight little club in Iowa.

Several years ago I sent a well-documented history of my experience to the top regulator. His general counsel responded with a note that said “Mr. Kaltenheuser, you’ve made some very serious allegations.” It had that sort of legal attitude of “wouldn’t you really like to back off and not say those things about a bank?”

I responded that “...yes, I think they're very serious allegations. But tell me, which ones do you find to be the most serious?” Crickets. Several followups asked the same question of both the chief regulator and his general counsel. Nothing but crickets. The regulator has a lot of power. If he finds something serious, like deceptive practices or fraud, he’s supposed to lift the bank’s license. Well, they’re not very keen on doing that to their buddies. So look away, don’t look close.

But what of the “people’s lawyer,” Iowa Attorney General Tom Miller, famed for heading up the multi-state investigation of foreclosure fraud against major banks for misleading or fraudulent statements to evict struggling homeowners from their homes? A top finance writer, David Dayen, summed up the result: “…Miller, the attorney general of Iowa, ran the 50-state investigation of foreclosure fraud, which investigated nothing and moved directly to a weak settlement that delivered 90 percent less relief for homeowners than promised.”

It paid off well for Miller, though. According to Dayen,

Within days of being announced as the lead investigator, we learned that Miller received $261,000 from banking interests for his re-election campaign – 88 times more than he ever took in the previous decade – and that he personally asked bank lawyers for contributions. Miller then famously told community groups in Iowa that "we will put people in jail" for foreclosure fraud, only days later his office backtracked and said they weren’t referring to foreclosure fraud but some separate mortgage fraud investigation in Iowa (which he didn’t put people in jail for either), and then days after that he called the case "inherently civil," and days after that he appeared at the Senate Banking Committee and admitted he had two settlement negotiations with Bank of America within the first month of the vaunted investigation.

In other words he’s a phony, he’s for sale, and you can’t afford him. Miller just endorsed another bankers’ favorite for president, Joe Biden, who’s long carried the water for the finance sector and its most onerous abuses.

Bernie will set a very different tone at the top, and if Iowans miss the opportunity to help him set it, they do so at their peril.

Skip is a writer based in Washington, DC, where he has lived since 1979, after moving there from Kansas, initially to do legal work for the government. His topics include politics, business, law, culture and travel, when possible the latter includes sojourns with his two kids, now young adults. Although he has often tried to explain Washington dysfunction to a variety of audiences, he continues to deny all responsibility for it. What he has left from Iowa are memories of his grandparents and of family visits to a small farm in Polk City.