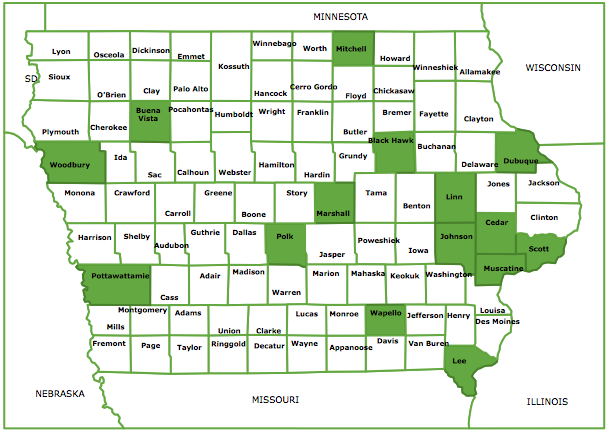 The Iowa Firearms Coalition, an affiliate of the National Rifle Association, has formed a political action committee that is targeting four Democratic-held Iowa Senate districts in its effort to strip power from “anti-gun Senate majority leaders.” The strategy is logical, because in recent years several high-profile gun bills died in the upper chamber after clearing the Republican-controlled Iowa House.

However, I was surprised to see a couple of Senate races missing from the Iowa Firearms Coalition PAC’s list.

Danielson was the Iowa legislative incumbent re-elected by the narrowest margin in 2008, beating Walt Rogers by just 22 votes out of more than 32,000 cast. Although Danielson won his third term by a somewhat larger margin in 2012, Republicans are still likely to target this race as one of their top two or three pickup opportunities. The Republican State Leadership Committee has committed to play for the Iowa Senate majority in 2016. Democrats currently control the chamber by 26 votes to 24.

I enclose below a map of Senate district 30, a review of its voter registration numbers and recent voting history, background on both candidates, and first thoughts on what should be a central issue during next year’s campaign.