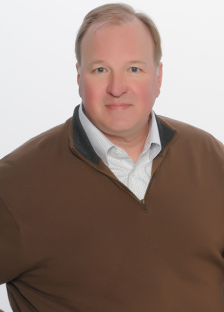 Patty Judge enters the US Senate race in Iowa. It's about Citizens United.

A fourth Iowa Democrat joins the race to un-seat republican US Senator Chuck Grassley. Her name is Patty Judge. US Senate candidate Tom Fiegen — a Sanders Democrat — issued a warning to progressive Iowa democrats this week about the Big Money influence pulling the strings of this latest candidate to enter the race.

"I welcome Lt. Governor Judge to the race because of the contrast between us. Her political base is big money industrial agriculture interests where poisoning Iowa's waters is part of the deal. The majority of Iowans want clean drinking water and small family farmers growing more fresh healthy local food. A majority of Iowans want Citizens United overturned. Make no mistake, this election is a choice between status-quo politics where everything is for sale to the high bidder and the politics of putting the needs of working people ahead of Super PACs."

Patty Judge is a perfect reflection of yet another corporate-owned candidate with a big cache of establishment democrat "endorsements" heaping praise on a candidate who favors laws and policy decisions that cater to billionaire special interests and not working Iowans.

“When Patty Judge was Secretary of Agriculture, in Iowa, she was a vocal supporter of CAFOs (Large, polluting hog confinement operations). Few who are surrounded by CAFO-generated water pollution, flies or the stench of hog manure have fond memories of her tenure,” says Tom Fiegen, is a farm bankruptcy lawyer in Cedar Rapids and former two-term State Senator.

As Bernie Sanders has demonstrated in Iowa and Michigan and lots of other places, in this campaign cycle, like never before, voters are pushing back against the toxic implications of this kind of big-money sponsored candidate, as Jeb Bush, Scott Walker, Rick Perry, Marco Rubio — and others — have discovered. Political war chests full of corporate cash are not translating into wins. Voters are angry - and armed with information.

Bernie's changed the game, and the billionaire special interests know it. Ultimately this US Senate election in Iowa - including Patty Judge's last-hour candidacy - is about insider bet-hedging to protect Citizens United and a nomination that could overturn this toxic law.

In this election it is critical to choose a candidate who represents working Iowans — and not billionaires. A supreme court nominee and confirmation is hanging in the balance. Citizens United is very much on the chopping block. This is our opportunity in Iowa and the country to balance the highest court in the land with justices who answer to working people and not billionaire corporate interests and most importantly, un-rig a very corrupt campaign-finance system.

The Tom Fiegen US Senate campaign, like Bernie Sanders' campaign is grassroots. He is funded by small individual donations. His campaign refuses PAC money because he doesn’t represent billionaire special interests. Unflinching loyalty to working people is the essential candidate yardstick in this election as Bernie Sanders, Tom Fiegen and dozens of other Sanders democrats are demonstrating in races nationwide.