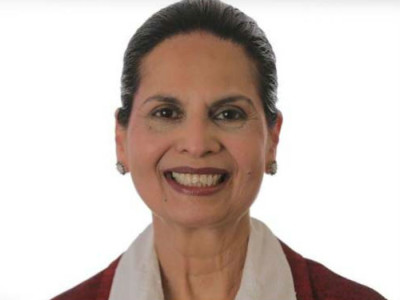 The U.S. Senate has confirmed former State Senator Swati Dandekar as U.S. executive director of the Asian Development Bank, with the rank of ambassador. Senators approved Dandekar’s non-controversial appointment by voice vote on May 17, Senator Chuck Grassley’s office announced the next day. President Barack Obama nominated Dandekar for the position last November. Created in 1966 and representing dozens of member countries, the bank “finances development in the Asia and Pacific region with the aim of reducing poverty” through “loans, technical assistance and grants for a broad range of development activities.”

Grassley commented in a statement,

Swati Dandekar has served Iowa in many ways over a long period of time. She’s shown her talent for building relationships that lead to productive dialogue and initiatives. Her enthusiasm for public service and willingness to take on new challenges and responsibilities are what the public deserves. The President and the Senate made a good decision in choosing Swati Dandekar to represent the United States in this capacity.

Born and raised in India, Dandekar has lived in Marion (Linn County) since the 1970s. She won a seat on the Linn-Mar School Board during the 1990s and was a Governor Tom Vilsack appointee to the Vision Iowa board in 2000. To my knowledge, Dandekar was the longest-serving Asian-American in the Iowa legislature, spending six years in the state House before winning a swing Senate district in 2008. The newspaper AsianWeek named her Asian Pacific American of the year in 2008, and she was a leader of the National Foundation for Women Legislators.

No Asian-American has served in the Iowa legislature since Dandekar resigned her seat in 2011 to accept Governor Terry Branstad’s appointment to the Iowa Utilities Board. She left that position in 2013 to run for Congress, finishing third in the 2014 Democratic primary to represent Iowa’s first district.