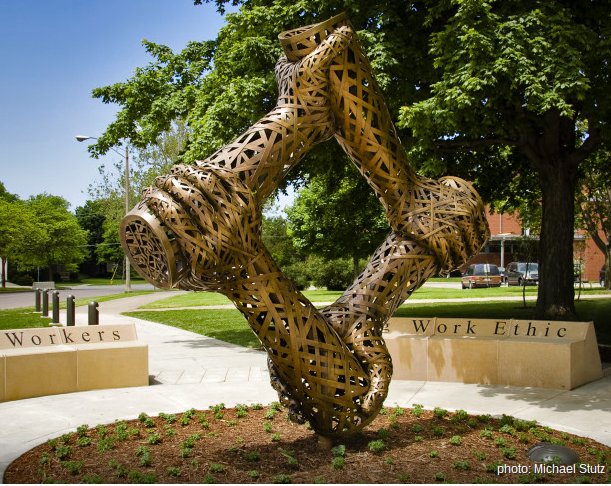 It is vexing to hear assertions of a skills gap in Iowa, or nationwide for that matter, when people are really complaining they can’t find workers to do what they want them to do for the wages they are willing to pay. That is not a skills gap.

Neither the inability of a grain elevator in rural Iowa to find grain handling help nor a manufacturer in Clinton to find computer-controlled machine tool operators or programmers are skills gaps. They may be regionally-specific skilled labor shortages, as is the case in much of rural Iowa because of persistent outmigration, they may be workforce indifference to those job opportunities, but they are not skills gaps.

A skills gap means there is something fundamentally wrong with the workforce – that we collectively failed to teach it something or train it. That is not the case currently. But it is widely assumed a skills gap exists, nonetheless – an uncanny persistence that Paul Krugman called “a prime example of a zombie idea — an idea that should have been killed by evidence, but refuses to die.”

Despite recurring laments about either existing or looming skills shortages, we found, in 2015, after investigating the topic both substantively and spatially, that “as a whole, middle skill jobs have not demonstrably increased their share of the U.S. economy” comparing 2007 with 2013. We also concluded “that producing credible evidence of a middle skills gap requires analytical and definitional‐specificity that is simply not possible using state or regional secondary data.” In short, we found that most folks yammering about the skills gap do not have either the primary or secondary data to validate the assertions that they are making. This was most especially true when reviewing assertions made by manufacturing interests.

We wrote in our conference paper on the topic that the “middle” skills gap that most bothers business and political leaders was frequently mismeasured as a result of incorrect or incoherent conclusions drawn from incompatible data sets. For example, we said

Iowa’s Department of Workforce Development did its own evaluation of middle-skill jobs in 2013. Using Occupational Employment Statistics (OES) data it determined that 56 percent of the jobs held by Iowans were middle-skill jobs. Using Current Population Survey (CPS) statistics the agency further determined that only 33 percent of the persons holding jobs in Iowa possessed the requisite middle-skills (as measured only by educational attainment). In combining the two analyses, they therefore concluded that Iowans were currently doing jobs they were not qualified to do.…. [And as a result, the policy planners urged] de-emphasizing bachelors-level college education in favor of a range of other skill based educational opportunities. * (emphasis added)

Educators, business leaders, and some elected officials have doubled-down in recent years on the need to advocate aggressively for middle skill career preparation, those requiring high school plus either certifications, apprenticeships, or associates degrees. Occupations requiring those education foundations are in high demand or will be they assure us.

These advocates have, however, significantly over-sold the likelihood of middle skill occupational growth and understated the likely demand for college educated labor in their zeal to middle-educate the workforce.

Using the Iowa Department of Workforce Development’s detailed occupation growth projections for 2014 through 2024, and then controlling for the level of education required for the occupations, we can get a handle on the “middle” skill occupational demand anticipated by Iowa firms: demand requiring something more than a high school education but less than a four-year college degree.

The table is remarkable for the overall compositional stability anticipated. Broad middle skill occupation educational requirements are highlighted. In 2014, the gray-shaded component comprised 51.8 percent of Iowa’s occupations; in 2024 it is projected at 51.4 percent. Compositionally, of all the occupational growth anticipated, the last column of the table, 27.1 percent would still have no formal education requirement, 32.8 percent would require a high school or equivalent diploma only, 13 percent would need some education beyond high school but below a bachelors degree, and 27 percent would require four-year college degrees or more.

Further, current surveys indicate Iowa has some catching up to do on the overall education level of its workforce. According to the American Communities Survey, just 27.6 percent of Iowans 25 and over have a bachelors degree or higher compared to 30.1 percent at the U.S. level. But in terms of “middle” skill occupation training, i.e., some college up to an associates degree, Iowa has a competitive advantage of 32.7 percent compared to 29.2 percent nationally. We also have much higher high school diploma rates. We excel, educationally, in the middle, precisely where they claim we are lacking, but we lag at the top of the educational ladder.

And the top of the education ladder, looking to the future, is where Iowa will get the biggest human capital bang for its buck.

Top image: Photo by Michael Stutz of the sculpture he created, which is located outside the Iowa Workforce Development building in Des Moines.