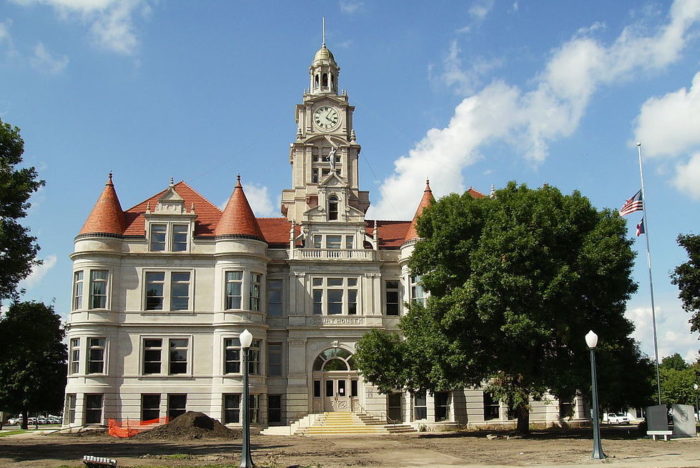 Dallas County screw-up could scare Iowans away from early voting

When I heard elections officials in Iowa's fastest-growing county somehow failed to count 5,842 ballots from the 2016 general election, my first thought was that Dallas County Auditor Julia Helm should resign immediately, along with anyone else responsible for the "human error" that disenfranchised almost 13 percent of the county's residents who cast ballots in the presidential election.

My second thought was that someone on Secretary of State Paul Pate's staff should have suspected a problem much sooner when Iowa's fastest-growing county reported only a few hundred more votes in November than in the 2012 general election.

Since Pat Rynard already covered that ground, I will focus on another concern: the Dallas County disaster could discourage Iowans from voting early in the future.

Early voting has gained wide acceptance here over the past ien years, as Democratic campaigns--joined by Republicans in more recent cycles--devoted a lot of money and volunteer resources to generating absentee ballot requests and "chasing" ballots. Our long window for early voting, beginning 40 days before the election, allows almost any interested voter to find a convenient time to submit an absentee ballot by mail or in person. More than 40 percent of Iowans who voted in the 2012 and 2016 presidential elections cast ballots before election day.

I'm a big advocate of eliminating the chance some unexpected illness, work obligation, or family emergency will keep you from getting to the polls in November.

When speaking to friends or to residents of homes I'm canvassing, I've encountered many who are not open to requesting an absentee ballot. Most often, these people are strongly invested in the ritual of voting on election day. The second-most common reason cited is fear that a mailed ballot will never be counted. Many people have the mistaken impression that election officials only count absentee ballots if those votes could change the outcome. Again and again, I have reassured reluctant voters that they don't need to worry: Iowa law calls for all absentee ballots returned on time to be counted, as long as the voter follows instructions like sealing the secrecy envelope and signing the affidavit envelope.

Dallas County Elections Deputy Kim Owen says this happened because there were two separate runs in the reporting software, one that keeps absentee ballots separate and another that includes those ballots with the election day precinct totals.

Fortunately, no one was wrongly elected because of the mistake. So it appears that no heads will roll. Jason Noble reported for the Des Moines Register,

As a result of the error, the Secretary of State’s Office will issue a “technical infraction” to Dallas County — essentially a strongly worded letter recommending more training for election officials. The letter won’t come with any penalties, and the county will not be subject to any criminal or civil consequences, [the Secretary of State’s Office elections director Dawn] Williams said.

The lingering question now is how to report the updated results. State law does not appear to allow county officials to amend their certified election results, leaving questions about how official documents will reflect the 5,842 additional votes.

The Secretary of State’s Office is working with the attorney general for guidance on how to proceed, Williams said.

Johnson County made a similar mistake, which was much smaller and discovered much sooner, in 2004. At the time, we were told by the Secretary of State's office that the state canvass deadline was absolute and the votes could not be counted. [...]

To make the long story shot, a batch of challenged and provisional ballots, 121 to be precise, got checked and were determined to be OK. They were then set aside to get counted. Someone fumbled the ball and didn't get them opened and fed through the machine. Once the canvass was finished and reported to the state, and the recount period had passed, we started cleaning up... and found them.

Then-auditor Tom Slockett wanted to get the votes counted, so we contacted the Secretary of State's office. We were instructed that since the canvass was already complete and the canvass deadline had passed, we were not legally able to count the votes. Slockett ignored the instructions and did it anyway, calling the second canvass a "Report Of Ballot Information." There is still a discrepancy of 121 total voters between the official 2004 state canvass and the Johnson County canvass. Hopefully, the Secretary of State and Dallas County find a better way to fix the records this time.

Someone needs to be held accountable when an office charged with counting people's votes misses about one of every eight ballots cast in the county.

Dallas County Auditor Helm isn't the right person to clean up the mess. She worked in that elections office for the last seven years but didn't have a clue that thousands of votes weren't recorded properly.

This fiasco should motivate all county auditors to set up additional safeguards before 2018. Nevertheless, I wouldn't blame voters for worrying that their absentee ballot might end up in the wrong pile.

Pate claimed in a statement that the legislation he is pushing (currently known as House Study Bill 93) "would address and fix situations like what happened due to human error in Dallas County":

One of the first components of my Election Integrity Act when I announced it last month was establishing post-election audits. I am asking the Iowa Legislature to give me the authority to conduct those audits. A post-election audit in Dallas County would have caught and fixed this problem.

As Deeth noted, "MIGHT have. IF that particular county was randomly chosen for audit."

I'm not against post-election audits, but someone looking closely at county-level data on the Secretary of State's website could have seen the "unusually big gap" between absentee ballots returned and the total presidential vote in Dallas County, even without any new procedures. Rynard commented,

It’s also incredibly rich that Secretary Pate is continuing his crusade of adding new restrictions to the Iowa voting process in the name of “election integrity,” while his office missed for months the undercounting of thousands of votes in a major county. Do they have no process to compare final turnout to estimated turnout, in which they could investigate when numbers appear off?

This will go down as one of the biggest embarrassments in recent Iowa electoral history. Nearly 6,000 voters were disenfranchised by the incompetence of local elections staff and a Secretary of State’s office that failed to discover it in time. Maybe Republicans like Paul Pate should get their own houses in order before they ram through vast changes to Iowa elections laws that scapegoat problems that don’t exist.

Meanwhile, Pate is trying to make a big scandal out of a minor voter registration problem in Iowa's most Democratic county. Ryan Foley reported for the Associated Press on February 9,

Pate's plan would authorize prosecutors to file charges against parties, campaigns and others that wait longer than seven days before submitting voter registration forms to county auditors.

It's a response to the Democratic Party's submission of 66 incomplete forms in Johnson County several weeks after they were collected. Elections officials worried that the delay — caused by the party's unsuccessful attempts to correct the forms — didn't allow enough time to get voters registered before the Nov. 8 election.

Whose vote was "suppressed" by the Iowa Democratic Party not turning in incomplete forms more quickly? The forms wouldn't be processed if they were missing important information anyway. Any voter affected by that mistake should have been able to register to vote on election day, if his or her name was not already on the voter rolls.

Perhaps Pate is highlighting problems in Johnson County because Auditor Travis Weipert is among the vocal critics of the secretary's voter ID and signature verification proposal.

Any form of ID creates barriers to voting that have a larger impact on new voters and voters with frequent address changes, like University of Iowa students, Weipert said.

"To me, by requiring that ID at the polls it's going to tie up the lines and it disenfranchises voters," he said. [...]

Pate has said every registered voter who does not already own one of the forms of ID allowed by the bill — a driver's license, non-driver's ID, military ID, veterans ID or a passport — will receive a voter ID card in the mail, including new voters when they register. But Weipert said a new ID that people will only use once every two or four years is likely to get lost.

"I know my 90-year-old grandma doesn’t have an ID anymore and she would end up with one of these cards and I know she would lose it," Weipert said.

Iowa Republicans are virtually certain to enact a strict voter ID law this year. The first election after that law goes into effect (either 2018 or 2020), thousands of eligible voters are likely to get turned away on election day, having misplaced or left at home their state-sanctioned identification. I will encourage Iowans to vote early to reduce their risk of being denied at the polls. But I suspect what just happened in Dallas County will deter many committed voters from requesting absentee ballot request forms next time around.

UPDATE: Regarding the voter registration forms being turned in late in Johnson County, Deeth ("a bit player in this drama") provided a definitive account. Excerpts:

Tracking down problem registrations and requests takes a lot of time and has a low success rate. We have far more than any other county because of the nature of our community – a lot of young people who have never voted before and who move every year. [...]

Staffers are only as good as the weakest volunteer. If a volunteer doesn’t get their packet back to HQ on time, or doesn’t catch the mistakes at the door, the staffer is stuck with it - and in the end I’m stuck with it. [...]

The fishy part of HSB78 [House Study Bill 78] is why this particular, relatively minor item in what is usually a low profile bill has been rolled out to the press in such a big way.

In part, it seems timed to distract from the Dallas County debacle where nearly 6000 absentee ballots were not reported. The Secretary of State's office is not the main culprit here, but they should have noticed the problem sooner than February.

But we all know the main reason. It's to push Pate's "voter integrity" agenda by creating the illusion of “fraud,” or shady activity, around the Democrats.

That’s a completely different bill, and the press and the public need to be able to separate the issues. There’s nothing in this honest staffer mistake that voter ID would have “fixed,” and voter IDs will do much more to reduce access to the voting booth than an illegible form turned in late.

As for the post-election audits, which are part of Pate's voter ID bill, the Secretary of State's staff have informed county auditors that absentee precincts would not be drawn randomly for hand counts, according to a Bleeding Heartland reader with knowledge of those communications.

So despite Pate's assertions, his proposed post-election audits would not have prevented mistakes like what happened in Dallas County.