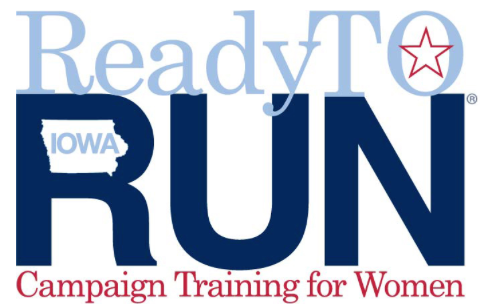 Interest in running for office surging among Iowa women

Iowa has historically not been a friendly environment for female candidates. The number of women in our state legislature is stagnant and below the national average. But Iowa is no exception to a trend observed across the country: since Donald Trump was elected president, record numbers of women are considering running for office and signing up for candidate training programs.

Participants in the latest set of Ready to Run® workshops at the the Carrie Chapman Catt Center for Women and Politics at Iowa State University more than doubled the previous record in the program's ten-year history.

Bleeding Heartland will soon begin publishing an occasional series of commentaries by Iowa women who recently decided to run for state or local offices, or who have become more deeply involved in political or issue advocacy campaigns. I reached out to Dr. Dianne Bystrom, director of the Carrie Chapman Catt Center, for more details on this year's Ready to Run® workshops and participants.

The Center for American Women and Politics at Rutgers University created the Ready to Run® program in 1998 with the goal of getting more women involved in New Jersey politics. The Catt Center joined the national network in 2007 and has been offering workshops in Iowa during odd-numbered years. The training is non-partisan and not restricted to women:

Although Ready to Run® Iowa addresses topics unique to women as they seek greater participation in the political process, the training is open to anyone who is interested in running for all levels of office, getting appointed to public boards and commissions, working on a candidate or issue campaign, or learning more about the political system.

Speakers with experience working on campaigns or holding elected offices cover topics such as raising one's public profile, building a campaign team, fundraising, messaging, media relations, dealing with local political parties, voter outreach, and how to get appointed to a board or commission.

Ready to Run® is among the country's most intensive candidate training programs geared toward women. VoteRunLead and She Should Run primarily offer online assistance or one-day events. Emerge America offers six-month, 70-hour programs in eighteen states (not yet including Iowa), but that organization focuses on helping Democratic women only.

This year, the first and second workshops alone attracted 107 people and 110 people. Bystrom recalled, "Because of unprecedented demand, we made the decision on Jan. 25 to move the Feb. 17 workshops from a room in Iowa State’s Memorial Union, which could accommodate 60 people, to a room at the Holiday Inn Ames Conference Center at ISU, which could accommodate 125 people. We had a full room for both Feb. 17 workshops." All told, 172 unique individuals attended at least one of the six workshops.

According to Bystrom, "participants included people who have decided to run for local elected office in 2017 (school board, city council and mayor) and the state legislature and U.S. Congress in 2018."

I asked Bystrom how many of the women who signed up this year are considering running for office as Democrats, and how many as Republicans.

Participants in the Ready to Run workshops are not only considering running for elected office, they are also considering applying to serve on state, county and local boards and commissions. Also, some people who attend Ready to Run Iowa are interested in working on political campaigns or becoming more involved in their communities. We have not collected political party information in every year we have offered Ready to Run Iowa, most likely because of changes in the registration services used, the transition between the one-day program to six separate workshops, and staffing changes at the Catt Center. And, when we do collect political party information, we allow participants to choose “a prefer not to disclose” option. For our Feb. 17 workshops, we had people registering as Democrats, No/Party Independents, Republicans, Libertarians, and Prefer Not to Disclose. Participants who listed their party affiliation as Democrat comprised more than one-half of the Feb. 17 participants, with the remaining identifying as No Party/Independents, Republicans, Libertarians and Prefer Not to Disclose.

The Catt Center didn't collect political party affiliations for registrants in 2013 and 2015. The 2011 workshop involved "29 Democrats, 18 prefer not to disclose, 8 Republicans and 4 No Party/Independents."

Analysts have identified many factors contributing to the underrepresentation of women in politics. What does Bystrom see as the most significant barriers to women being elected in Iowa?

Not enough women in Iowa are running for office and when they do run for the first time – especially for the state legislature, state-wide elected office, or for the U.S. Congress – they are often running as challengers against incumbents. Research shows that incumbents – both male and female – win more than 85% of the time, whereas challengers – both male and female – win less than 15% of the time. Research shows that women who run for open-seat races win slightly more than 50% of the time. When women run for elected office in Iowa, they often have success rates better than men. For example, in 2016, 54% of the 50 women who ran for the Iowa House of Representatives won, compared to 53% of the 135 men who ran for the House. So, we need more women to run for office in Iowa, particularly in open-seat races where they have their best chance to win.

The lower numbers of women as compared to men running for elected office is not unique to Iowa. It is an issue across the nation, prompting much research on WHY women don’t seek elected office in the same numbers of men. Research has shown that men are 16% more likely than women to say that they have considered running for political office. So, men are more politically ambitious than women overall. Women also are significantly less likely than men to be encouraged to run for political office. Women are significantly less likely to view themselves as qualified to run for office, even with the same experiences and credentials as men. And, women are more likely to say they are responsible for the majority of childcare and household duties and don’t have time to run for office.

Research also shows that women are more successful running for office in districts that are urban, not heavily conservative, and with higher numbers of racial minorities and voters with higher levels of education. Iowa is largely rural and conservative with a population that is less diverse and less college educated compared to the national average, so our state culture may be less amenable to electing women to political office than other states.

Other politicos agree: women need to be asked repeatedly to become candidates and tend to reflexively view themselves as unqualified or not viable. Does Bystrom perceive that most women who sign up for Ready to Run® Iowa are already convinced they would be good public servants? Or do many who attend the workshops still have to be persuaded to run for office?

Based on the questions asked during the workshops, our conversations with participants, and follow-up surveys, it is a mix. Some women need to be convinced to seek elected and/or appointed office in Iowa – and our first workshop, “Getting Started in Iowa Politics,” focuses on that. Other participants already have made up their minds to run for political office and are seeking the knowledge and technical skills to launch a campaign, raise money, hone their message, work with the media, enhance their social media presence, and contact voters. And our workshops address all those skills.

UPDATE: According to a survey of participants in this year's first two workshops, 83 percent of respondents plan to become candidates: 76 percent for a local office, 21 percent for state office and 3 percent for federal office. Also, 70 percent plan to apply for a non-elected position on a board or commission.

The first installment in Bleeding Heartland's series by Iowa women running for office in 2017 or 2018 is coming soon. If you are part of this trend, please consider sharing your story here, whether you are newly-engaged in the political arena or were an active volunteer for many years before thinking about becoming a candidate. There is no maximum or minimum word limit or standard format. Although pseudonyms will always be permitted at this website, for this series I'm asking guest authors to publish under their real names.