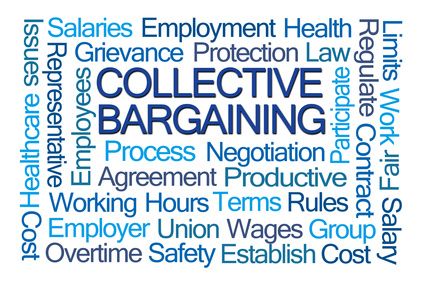 The good, the bad, and the ugly of Iowa’s new collective bargaining law

First in a series by Randy Richardson, a former teacher and retired associate executive director of the Iowa State Education Association. He previously discussed the impact of Iowa's new collective bargaining law on teacher contact negotiations here. -promoted by desmoinesdem

I was asked to write an article about the changes in Iowa’s collective bargaining and how it will impact teachers across the state. As I began to develop my thoughts on this topic, the article got longer and longer, so I decided to break it into three sections.

We’ll start off by looking at what happened when the law changed, then move to its impact on teachers and then take a look into the future.

Last year this at this time, the majority of educators in our state were covered by collective bargaining agreements that spelled out the details of how they would be paid, the conditions of their work and the benefits they received as part of their employment. Those agreements had been bargained by educators and local school boards over a more than 40 year period.

Then in February of this year, House File 291 became the law of the land, and the collective bargaining law that had worked well in this state for over four decades became a thing of the past.

The original bargaining law, known as Chapter 20, created a “laundry list” of items that everyone was required to bargain (mandatory items), items that both sides could mutually agree to bargain (permissive items) and items that the parties were not allowed to bargain (illegal or what is now known as excluded items). Under Chapter 20 issues like wages, hours, vacation time, holidays, insurance, leaves of absence, supplemental pay, evaluation, transfers and grievances were mandatory items. Only early retirement plans were deemed to be illegal.

The new law severely limits the items that educators can bargain. The only item that is a mandatory item of bargaining is base wage. Dues deduction, contributions for political action, insurance, supplemental pay, transfers, staff reduction, and evaluations are now all illegal, or excluded items of bargaining. Other issues, such as holidays and vacation, can only be bargained by the local association if the school district agrees to discuss the issue.

Settlement information from over 150 school districts/local associations was obtained from local sources, school board minutes, or from local newspapers for use in this article.

Approximately half of the 400+ local education associations in the state heeded an early warning from the Iowa State Education Association and rushed to the bargaining table in an attempt to either extend an existing contract or to bargain a brand new contract that would maintain the language they had worked so hard over the years to obtain.

The remaining local associations either didn’t act quickly enough or encountered school superintendents/boards of education that refused to meet until the new law went into effect.