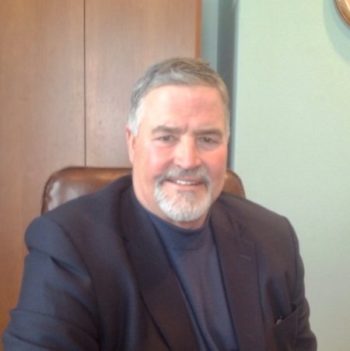 Get ready for a competitive GOP secretary of agriculture race

Craig Lang didn't wait for Governor Kim Reynolds to decide. He is running for Iowa secretary of agriculture, no matter whom Reynolds picks to replace Bill Northey.

In his first comments to journalists about his campaign, Lang advocated more crop diversity and better land management practices, asserting that the dominant approach to farming in Iowa is not "sustainable." That's an unusual message for a Republican. Stranger still is hearing a former president of the Iowa Farm Bureau Federation talk about soil health in terms more often heard from environmental experts than from Big Ag heavyweights.

Though he's a first-time candidate, Lang has plenty of political connections and should have little trouble raising enough money for a credible statewide primary campaign against State Representative Pat Grassley or other contenders.

Best known as a longtime Farm Bureau leader, Lang also was on the Iowa Board of Regents for six years, part of that time as board president. After Governor Terry Branstad nominated him for a second term in 2013, most Iowa Senate Democrats voted against his confirmation for a variety of reasons.

Lang has served on other state government bodies as well. From his official bio at the Prairie Strategy Group website:

Lang is recognized nationally and internationally as a consultant for rural economic development, consensus and opportunity building. He is also recognized as a down to earth public speech writer and speaker willing to give his audience the truth.

Lang was one of the longest serving leaders of both the Iowa Farm Bureau Federation (IFBF), where he served as president for a ten-year period from 2001 through 2011, and the FBL Financial Group, where he served as Chairman of the Board for a concurrent term. While working with the Ministry of Agriculture on agriculture bio-technology in China, Lang signed the first ever NGO memorandum of understanding with the Chinese Ministry of Science and Technology on behalf of the Iowa Farm Bureau. Craig chaired the Iowa Chronic Care Consortium. He was lead director on the Iowa Telecom Board, director of the GROWMARK, Inc. Board. In addition, Lang served as chairman of the Grow Iowa Values Fund and vice chair of the Iowa Economic Development Board under Iowa Governor Tom Vilsack.

Iowa's current Secretary of Agriculture Northey will be confirmed soon to an undersecretary position in the U.S. Department of Agriculture, having cleared the Senate Agriculture Committee last week. Unlike Sam Clovis, whom President Donald Trump has nominated for a different USDA job, Northey is obviously qualified and has attracted no opposition from Senate Democrats or stakeholder groups.

Once Northey resigns, Reynolds will appoint a new secretary of agriculture. Pat Grassley has had his eye on Northey's job for a long time, and Senator Chuck Grassley has made clear he wants the governor to choose his grandson. But Reynolds is considering several other possibilities.

Lately the Des Moines rumor mill has suggested the governor may be leaning toward a placeholder such as Iowa's Deputy Secretary of Agriculture Mike Naig, rather than giving any likely 2018 candidate the advantages of incumbency.

Lang filed his campaign's statement of organization in late September, but few people noticed. I heard the news yesterday from Donnelle Eller's story for the Des Moines Register. Mike Mahaffey, a former Iowa GOP state chair and nominee for Congress in 1996, is Lang's campaign treasurer, signaling to potential Republican donors that this candidacy is serious.

Lang was an early endorser of Rand Paul for president and later hosted an event for Paul at his dairy farm. Paul is something of an iconoclast in his party, and Lang indicated yesterday that he will take an unconventional approach to his own campaign. From Eller's story for the Register:

"I want farmers to lead the discussion about cleaner water, working with our urban friends," Lang said.

Iowa growers need to find crops, in addition to growing corn and soybeans, that bring value, he said. [...]

"I believe diversification in agriculture is the real answer," he said. "I don't believe rotating half our state to soybeans and half to corn every year is sustainable."

"I'd like to create wealth through healthy Iowa soils," said Lang, who also served on the state's economic development board.

From James Q. Lynch's report for the Cedar Rapids Gazette

Lang, 66, farms 1,200 acres with his father, brother and sons near Brooklyn, including land that has been in his family since 1860. For the past 15 years, Lang said, they used cover crops to protect and enrich the soil between harvest and planting.

“I’ve seen the tremendous increase in soil health because of the diversity of our agriculture with livestock, rotating crops of legumes, meadow, corn and beans,” Lang said. [...]

He estimated cover crops are planted on about 600,000 acres of Iowa farmland. His goal would be to increase that to 5 million acres or more.

“We know that will increase productivity of the soil and be cash back in our pockets,” he said.

I don't trust any former leader of the Farm Bureau to make soil conservation and water quality a priority if elected to the state's top job in agriculture. However, in fairness to Lang, he did come out in favor of requiring farmers to comply with conservation standards as a condition for receiving federal crop insurance. That stance probably cost him the Farm Bureau presidency in 2011.

Moreover, it can't hurt to have a Republican campaigning statewide on the message that the current way of doing business is unsustainable. For years, Northey has given us happy talk about how Iowa's farmers are fantastic stewards of the land, despite zero progress toward reducing agricultural runoff that pollutes our waterways. I can't remember any prominent Iowa Republican questioning the dominant corn-and-beans farming model.

Lang told Lynch he "expects a crowded primary field." While many Republicans aspire to be secretary of agriculture, I'm skeptical others will take on the Grassley machine, assuming Pat Grassley leaves his Iowa House seat to run for statewide office.

P.S.- Democrats do not have a declared candidate for secretary of agriculture yet. Iowa Starting Line posted this summer that former USDA official Tim Gannon is considering the race. I've heard of efforts to recruit Wayne Gieselman, who led the Iowa Department of Natural Resources' Environmental Protection Division until Branstad forced him out in 2011. Gieselman gained enemies in the agriculture sector after the DNR tried to enact air quality standards for factory farms. In recent years he has worked as a doorman for the Iowa legislature.

Top image: Photo of Craig Lang from his LinkedIn page.