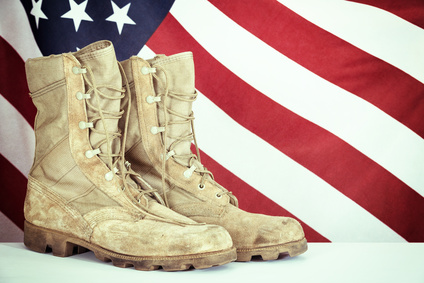 Thanking a veteran is easy. Tackling problems that face veterans is hard.

At no time is that political reality more apparent than on the 11th day of the 11th month.

After the jump I’ve posted some concrete ways members of Congress could show they care about veterans. This is an open thread: all topics welcome.

DO: Insist on adequate funding for Medicaid, through which an estimated 1.75 million veterans nationwide receive their health care (many don’t qualify for or can’t access services through the Veterans Affairs Department). 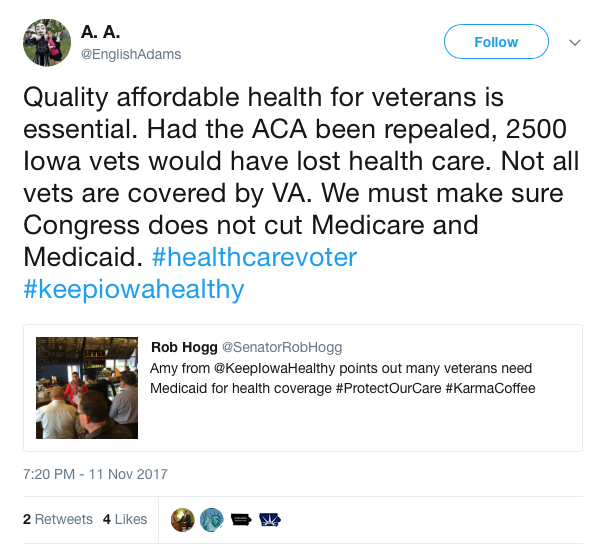 As a veteran I dont care about "thank you's"

I care about Vets who are struggling with substance abuse.

I care about Vets stuggling with mental health issues.

I care about Vets living on the streets.

Stop saying thank you, and help solve the problems.

DO: Spread the word about resources that can help veterans with PTSD and/or suicidal thoughts. It’s a national disgrace that an estimated 20 veterans take their own lives every day.

Veterans in crisis/having thoughts of suicide or those who know a Veteran in crisis, can call the Veterans Crisis Line for confidential support 24h/day, 7 days/week, 365/year. Call 800-273-8255 and press 1, chat online at https://t.co/apXXpy2YAU, or text to 838255. #VeteransDay

DO: Support adequate funding for the Supplemental Nutrition Assistance Program (formerly known as food stamps). According to the Center on Budget and Policy Priorities, “Almost 1.5 million veterans live in households that participate in SNAP.”

Thousands of low-income #veterans in every state are helped by #SNAP– check out the number in your state here: https://t.co/nrKN8Ss3YS #VeteransDay pic.twitter.com/RAglgBpmgV

DON’T: Pass a tax plan that ends the Work Opportunity Tax Credit or eliminates the break for out-of-pocket medical expenses or reduces other deductions and credits used by many veterans.

The GOP's tax plan will cut deductions these veterans rely on pic.twitter.com/RKwomNTD8B

As we observe Veterans Day, we want to spotlight the brave transgender Iowans who serve our country. https://t.co/ILVK1ybVck

DON’T: Support policies that allow veterans to be deported for minor offenses.

DON’T: Use veterans to lobby for changing a law designed to help 9/11 families and survivors, especially without telling them the Kingdom of Saudi Arabia is footing the bill.

Iowa Gov. Reynolds: NFL protests 'so disrespectful' to veterans; “I was raised to pay respect to the flag" she said https://t.co/IiOvqhljWP 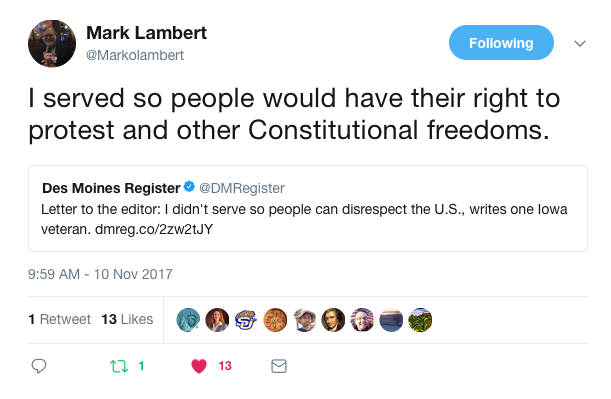