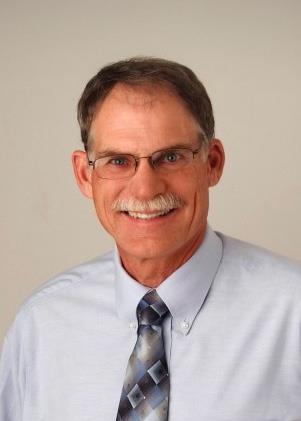 One of the loudest social conservative voices in the Iowa Senate GOP caucus, Guth is floor manager for the so-called “Religious Freedom Restoration Act." Introduced as Senate Study Bill 3171, the bill cleared the Local Government Committee on a February 14 party-line vote.

The bill would legalize discrimination by creating a sweeping religious exemption to state laws, as Andrew Duffelmeyer explained here. But support for the idea is far from unanimous in religious circles: while the Iowa Catholic Conference, Iowa Faith and Freedom Coalition, and FAMiLY Leader are registered in favor of the bill, the Iowa Annual Conference of United Methodist Church, Episcopal Diocese of Iowa, and Interfaith Alliance of Iowa Action Fund joined more than a half-dozen progressive or civil rights groups to oppose it.

Also registered against this legislation: major corporations, both national (Apple, Amazon, Google, Microsoft) and Iowa-based (Wellmark, Principal Financial Group), along with some of our state's most influential business lobby groups (Iowa Association of Business and Industry, Greater Des Moines Partnership, Iowa Chamber Alliance, Federation of Iowa Insurers). Some local chambers and the Travel Federation of Iowa are opposing the bill as well, having seen the aftermath of a law Indiana Republicans enacted three years ago.

During the committee meeting, "Guth disputed arguments that the proposed legislation would hurt Iowa businesses, saying his research indicated no negative impact in other states that have passed similar laws," William Petroski reported for the Des Moines Register.

What kind of research, senator? It took me less than 60 seconds to find multiple news reports about boycotts stemming from Indiana's law. Nine months after then Governor Mike Pence signed that state's Religious Freedom Restoration Act, a leader of Visit Indy announced that Indianapolis had already "lost more than $60 million in future convention business as a result of the RFRA controversy."

After the law passed on March 26, 2015, reaction was swift, strong and negative, with cancellations of planned events and business expansions, travel bans and denunciations from across the spectrum: companies including Salesforce, Apple, Eli Lilly and Angie's List; sports leagues including the NCAA, NBA and WNBA; states and municipalities coast to coast; rock concerts; comedy shows and church groups.

Chump change this isn't. "More than 60% of our annual $4.5 billion in tourism economic impact comes from conventions/meetings," [Chris] Gahl says. [...]

"Anytime a convention doesn’t pick our city, we ask for feedback," Gahl says. "To date, proactively, 12 different meeting decision makers have cited RFRA as a reason they didn’t select Indy their host city." He declined to name names as the city is hoping to win their business back.

Like Indianapolis, Iowa isn't blessed with national parks or other landmarks to make our state a top-tier tourist destination. I don't always agree with business lobbyists, but they are on target here. Joyce Russell covered the February 12 Senate subcommittee hearing on this bill:

Industry leaders said the bill could result in discrimination against people based not just on their sexual orientation, but on disabilities, race, and ethnicity. They said the legislation would open up Iowa businesses to liability and litigation and could prompt the NCAA to avoid Des Moines as a venue for tournaments.

"As we've seen in a number of other states, legislation such as this has a great negative impact for companies and organizations to recruit highly skilled workers and all workers of all skills into critical jobs,” added Joe Murphy with the Greater Des Moines Partnership.

Such concerns may keep Iowa's Religious Freedom Restoration Act from reaching the Senate floor. Majority Leader Bill Dix controls the agenda and is not required to put every bill coming out of committee to a vote in the full Senate. Notably, the nineteen co-sponsors of a companion bill (Senate File 2154) do not include any of the top GOP leaders: Dix, Senate President Jack Whitver, or Majority Whip Charles Schneider. Only one of the four assistant majority leaders (Randy Feenstra) is a co-sponsor.

Although Guth disputes easily verified consequences for Indiana, he accepts without question fantasies voiced by some clergy in his district. From Petroski's story:

Church pastors throughout his Senate district in northern Iowa have told him they are concerned with the current legal environment, Guth said.

"There is a fear that government will come in and start telling them what they can and cannot preach. It is the sort of thing that suppresses religion in its entirety," Guth said.

When has the government ever told pastors "what they can and cannot preach"? Guth's paranoid constituents can rest easy. The Iowa Civil Rights Act has protected sexual orientation and gender identity since 2007, and Iowa has allowed same-sex marriage since 2009. Never in that time have state authorities told churches they must stop preaching against homosexuality or change their teachings on marriage. For that matter, Iowa has been a no-fault divorce state since the early 1970s, yet Catholic churches have never been required to recognize divorces or perform remarriages.