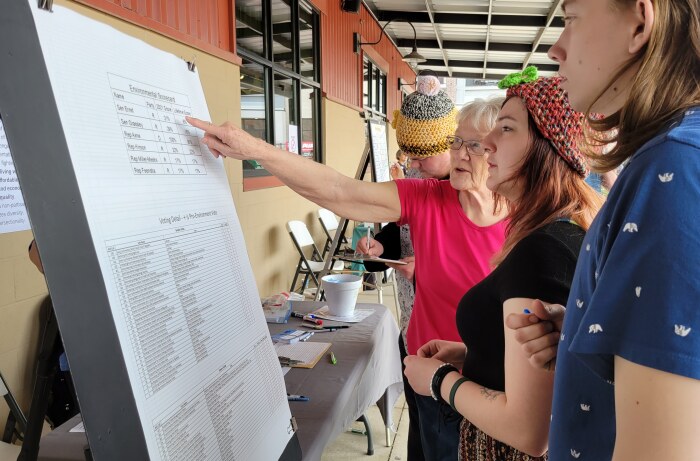 Environmental scorecard for the Iowans in Congress

Sheri Albrecht is a member of Indivisible Cedar Rapids Metro and on the executive committees of the Sierra Club’s Iowa Chapter and Cedar-Wapsie Group.

EcoFest 2022 was held on April 23 at the NewBo City Market in Cedar Rapids in celebration of Earth Day.

Our local Indivisible CR Metro group hosted a table. We had three goals: 1) Find out what issues were most important to the people who visited our table; 2) In keeping with the ecological theme of the event, provide data showing attendees how their legislative representatives voted on environmental issues; and 3) Encourage ordinary citizens to engage with their elected representatives. 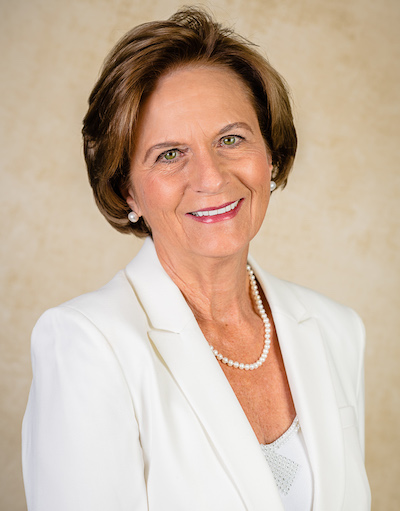 As a state legislator from 2007 through 2010, I was honored to represent 30,000 Cedar Valley constituents. I represented Iowa’s 3 million citizens while in a leadership position with the Board of Parole from 2011 to 2014. To me, people always came before party.

It perplexed many of my fellow legislators when I supported my constituents’ values and went against the party line. Now, I’m perplexed by the actions of Iowa Republicans who are supposed to represent our wishes in Washington, D.C.

In 1972, then State Representative Chuck Grassley voted for Iowa to ratify the Equal Rights Amendment (ERA). But as a U.S. senator, he’s not carried that banner forward.

All four Iowans serving in the U.S. House of Representatives were among 398 members of Congress the Russian Federation sanctioned on April 13. The Russian Foreign Ministry described the move as a reaction to the Biden administration’s sanctions against hundreds of Russian parliamentarians.

U.S. Representatives Ashley Hinson (IA-01), Mariannette Miller-Meeks (IA-02), Cindy Axne (IA-03), and Randy Feenstra (IA-04) have all voted for military assistance to Ukraine in recent weeks. And it’s unlikely any are bothered by the prospect of being denied entry to Russia.

In fact, Hinson tweeted that the sanctions were a “badge of honor,” adding, 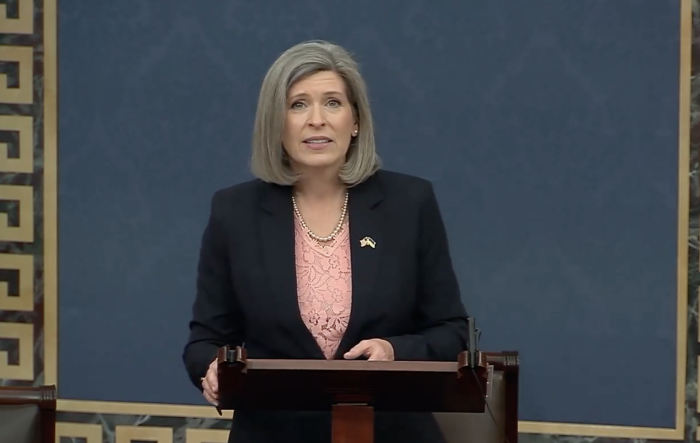 President Joe Biden has signed into law a $1.5 trillion omnibus spending bill, which funds the federal government through September 30. The president’s action on March 15 ends a cycle of short-term continuing spending resolutions that kept the government operating on spending levels approved during Donald Trump’s administration.

The enormous package combines twelve appropriations bills covering portions of the federal government, as well as an additional $13.6 billion in aid to Ukraine and several unrelated pieces of legislation. One of those reauthorized the Violence Against Women Act through 2027, a task that had remained unfinished for years. Congress last reauthorized the 1994 legislation addressing violence against women in 2013, and that authorization expired in 2019.

Iowa’s Senator Joni Ernst was a key negotiator of the final deal on the Violence Against Women Act and celebrated its passage this week. 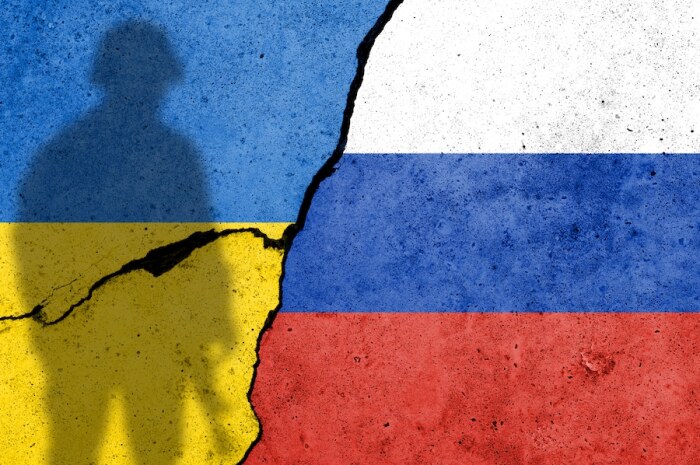 Like many, I’ve been consumed this week by the horrifying news of the Russian invasion of Ukraine. Although Vladimir Putin and his hostility to democracy occupied a lot of my head space in my “past life” covering Russian politics, I never imagined all those years ago that he would go so far as to annex Crimea, let alone launch a full-scale assault on Ukraine.

Foreign policy and military strategy are not my areas of expertise, so I have no insight on how Putin imagines he could benefit from this invasion. Even if he manages to install a puppet government in Kyiv, how will Russian forces maintain control of Ukraine, and how will the Russian economy weather the crushing sanctions? What’s his endgame?

I reported extensively on Putin’s rise to power in late 1999. Russian President Boris Yeltsin had appointed the virtually unknown security official as prime minister that August. But Putin didn’t become popular until a few months later, through a military campaign in the breakaway Republic of Chechnya. The Russian people broadly supported that war, in part due to slanted media coverage, and also because of apartment bombings (that may have been instigated by Russian security forces) and widespread racist attitudes toward Chechens.

Perhaps Putin hopes to replicate that formula for his political benefit. But I find it hard to believe that any significant share of the Russian population support all-out war against Ukraine. Who really believes that a country with a democratically-elected Jewish president needs to be “denazified” by force?

It’s been more than 30 years since I visited Ukraine’s beautiful capital city and the Black Sea resort town of Sochi. For that matter, I haven’t visited Russia in more than two decades. Even so, I’m heartbroken to see the avoidable loss of life on both sides. Please spare a thought for the citizens of Ukraine—whether they are Ukrainian- or Russian-speaking—because I don’t think anyone outside the Kremlin wants this war.

Most of Iowa’s leading politicians reacted to the invasion on February 24. I’ve compiled their comments after the jump.

Iowa’s four U.S. House members all entered the election year with substantially more cash on hand than their opponents, the latest quarterly filings with the Federal Election Commission show.

However, Democratic challengers in the first and second districts are raising enough money to fund strong general election campaigns.