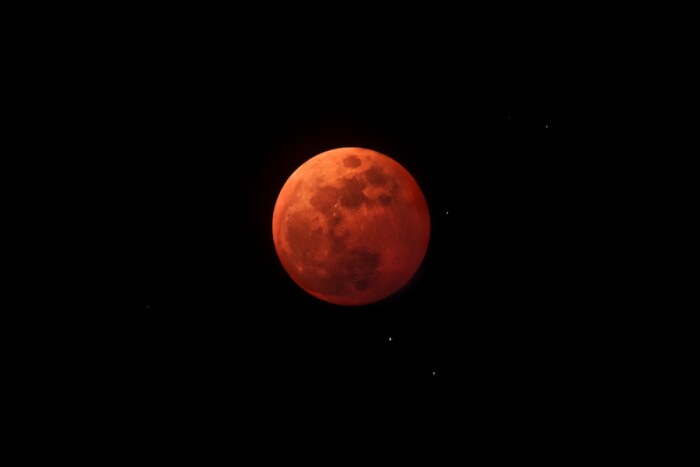 First in a series interpreting the results of Iowa’s 2022 state and federal elections.

The red wave many pundits expected on November 8 didn't materialize in most of the country. But it certainly crashed over Iowa.

Governor Kim Reynolds was re-elected by a massive 225,000 vote, 19-point margin, according to unofficial results, and she carried Republican candidates along with her.

Senator Chuck Grassley defeated Mike Franken by a 12-point margin. The GOP is on track to hold all four of Iowa's Congressional districts. Challengers Brenna Bird and Roby Smith defeated 40-year statewide Democratic incumbents, Attorney General Tom Miller and State Treasurer Mike Fitzgerald. The state auditor's race is too close to call, with Democrat Rob Sand clinging to a lead of a few thousand votes after outspending his challenger by more than a million dollars.

Further down the ballot, Republicans posted a net gain of two seats in the Iowa Senate, giving them the 34-16 majority they need to rubber-stamp all of Reynolds' appointees. With a few Iowa House races too close to call or headed for recounts, the GOP has clearly expanded its 60-40 majority in the lower chamber, most likely to 64-36 or 63-37.

To cap it all, the GOP-backed state constitutional amendment that could undo what remains of firearms regulations in Iowa passed by a massive 65 percent to 35 percent margin.

Forthcoming Bleeding Heartland posts will analyze many of these races in more detail. For today, I want to look at the big picture and what it means for Iowa to be so far out of step with the prevailing political winds nationally.

For decades, Iowa was a fairly good barometer for the national political atmosphere. The presidential election results in Iowa closely matched the nationwide popular vote for six straight elections, starting in 1992.

Iowa began to sharply diverge from the national trend in 2016, when Donald Trump carried this state by 9 points. I thought perhaps Hillary Clinton was simply a poor fit for the Iowa electorate, especially after Democrats did relatively well in state legislative and U.S. House races in 2018. But Joe Biden barely moved the needle in 2020 and didn't flip a single county Trump had carried. Democrats lost two of the three competitive Congressional districts in 2020 as well.

Now U.S. Representative Cindy Axne appears to have lost narrowly to Zach Nunn in IA-03, even as many targeted House Democrats were re-elected around the country. Republicans Mariannette Miller-Meeks and Ashley Hinson won by comfortable margins in IA-01 and IA-02. The map has slightly changed following redistricting, but the reality has not: every Iowa Congressional district favors Republicans.

Aside from Florida, no other state seems to have experienced such a large GOP landslide this week.

The most immediate result will be the Democratic National Committee replacing Iowa on the presidential nominating calendar. I believe that would have happened anyway, since lots of Democrats object to the lack of diversity in Iowa and disenfranchising elements of the caucus system. This election will cement the idea that Iowa is a lost cause, and the national party should invest in more competitive states.

For many years, presidential candidates crisscrossing Iowa have been helpful to local Democratic party groups and down-ballot candidates. Without the caucus campaign, organizing and fundraising will be that much harder in future election cycles.

Recruiting candidates will also be an uphill battle. Why devote hundreds or thousands of hours of your life to run for the legislature or county offices, knowing the electorate may be hostile to Democrats generally, or susceptible to Republican attack ads?

Looking ahead to 2024, the Democratic nominee for president (whether it's Biden or someone else) will not devote any significant resources to Iowa during the general election campaign. That will make it harder for the Iowa Democratic Party to fund its GOTV efforts.

When Senator Joni Ernst and Reynolds are up for re-election in 2026, it's unlikely national Democratic organizations will spend any resources helping the Iowa challengers. That will complicate fundraising for the eventual Democratic nominees for governor and senator, again making it hard to fund the outreach the party needs to improve its standing.

If Republican lawmakers push ahead with a state constitutional amendment on abortion, national organizations may question how much to help Democrats defeat the measure when it appears on the ballot sometime in 2023 or 2024.

REALIGNMENT HAS GIVEN THE GOP SECURE LEGISLATIVE MAJORITIES

Republicans have held the governor's office in Iowa for most of the last five decades. But from the 1970s through the mid-2010s, Democrats more often than not controlled at least one legislative chamber. Six years after the GOP gained control of the Iowa Senate on Trump's coat-tails, the party's trifecta now looks as secure as ever.

It's not just the numbers, though a 34-16 Senate and a 60+ seat House would present a steep hill to climb. The larger problem is that Democrats are not remotely competitive in the vast majority of legislative districts anymore.

Even after the 2010 landslide, when Republicans posted a net gain of sixteen Iowa House seats, Democrats held quite a few legislative districts covering small towns and mid-sized cities. Not anymore. Every Iowa Democratic lawmaker will represent an urban or suburban district next year.

The few bright spots for Democrats on November 8 all occurred in the suburbs of Des Moines. State Senator Sarah Trone Garriott defeated Iowa Senate President Jake Chapman in the most expensive legislative race of the cycle. Molly Buck and Heather Matson appear to have picked up two state House seats in Ankeny.

Here's what has happened in legislative districts covering medium-sized cities, also known as "micropolitan" areas, since Iowa Democrats last had a trifecta in 2010:

Meanwhile, some smaller rural counties that were once open to Democrats in northeast or southeast Iowa have shifted to the right and are now giving GOP candidates 60 to 70 percent of the vote.

Democratic voters are more concentrated in urban areas, suburbs, and college towns now. That's created more deep blue districts, but it does nothing to build a majority. It's not possible to reach 51 House seats or 26 Senate seats without being able to play for districts in other types of communities. Democrats must find some way to reach white voters without a college degree, who make up most of the electorate in most parts of Iowa.

IS THERE ANY HOPE?

Many Democrats are ready to give up on this state. Truly, it's hard to find any silver lining from last night's results. It's one thing to have a GOP landslide in Iowa when the same thing is happening all over the country, like in 1994, 2010, and 2014. It's another to see Iowa veer sharply right while Democrats perform reasonably well in most other states.

I expect more progressives, young people, and members of marginalized groups will look to move elsewhere as our GOP trifecta continues punching down on vulnerable Iowans, starving public services, and trampling on reproductive rights. Reynolds' campaign message was loud and clear: this state is governed by straight white Christians, for straight white Christians.

It's too early to say Iowa is destined to be "Alabama north" forever, though. For one thing, our political maps are not gerrymandered like those in Wisconsin or Ohio. So there is potential for Democrats to gain ground in Iowa.

Incidentally, one leading contender to replace us on the presidential nominating calendar is Michigan, where voters just elected the first Democratic trifecta in 40 years. The nonpartisan political map adopted after the 2020 census was crucial to making those legislative gains possible.

Alternatively, Iowa could follow the trajectory of Kansas. A Republican trifecta passed enormous tax cuts that eventually broke the state budget. Although the GOP has retained control of the state legislature, voters elected Democrat Laura Kelly as governor in 2018 and re-elected her this week. Democrat Sharice Davids was able to win a third term in a Kansas U.S. House district, despite a tougher map.

Reynolds and the state legislature already passed big tax cuts this year and have promised more. When those are fully phased in and the influx of federal funds during the pandemic runs out, our state budget could be facing the same kind of crisis that moved many voters in Kansas. The governor's voucher scheme could severely damage public schools that are the backbone of many small towns.

Tough times are ahead for Iowa, and there are no easy answers. But recognizing a problem is the first step toward solving it. So it's important for Democrats to face the reality: we aren't a swing state anymore.