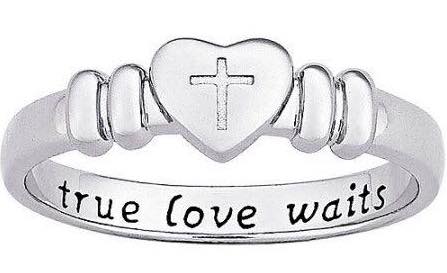 I was raised without bodily autonomy. The Iowa GOP is doing the same thing

Alexandra Rucinski is a patient advocate for Planned Parenthood and an activist for sex education and reproductive rights. Iowa's near-total abortion ban inspired her to write this commentary. -promoted by desmoinesdem

I vividly remember the only sex-ed class I ever took in high school. A woman who worked for Planned Parenthood came to teach our class. I remember eyeing her with distrust as she talked about things absolutely forbidden to me. I didn’t listen because I felt like I wasn’t supposed to listen.

I doodled in my planner and wished my parents had written me an exemption from the class, like some of my classmates' parents had. “True love waits,” I scribbled in a heart with pencil. I knew what was expected of me. I knew who I was born to be. Abstinence was the only thing that could protect me.

Waiting until I was married was the sole option. I was raised to believe the words of my church leaders, told that my virtue was more important than my very life. Nothing mattered more than being and staying pure.

My body was not my body. My body was my heavenly father's. He was saving me for a righteous man. I grew up never actually feeling like I owned myself. I was the property of men, both celestial and human, but always was it was made clear that I did not own myself.

I dressed with this in mind. My body was not mine to show. My body was for my husband’s eyes only. My body would bear his children. They told me I was special. I was precious, and that was why I had to live my life for them. I believed them. I trusted them. I was confident I would do everything right.

I strived for perfection. Perfection was the goal. Spinning on a hamster wheel for righteousness. Convincing myself, I was happy living my life this way--cut off from my body, afraid to explore my sexuality. Sex was for marriage. Until then, I would wait.

Fast-forward to my early twenties. I didn’t wait until marriage, but I did wait until after my teen years to have sex. When I did become sexually active, I did so with zero knowledge about my reproductive health. I knew nothing about birth control. I knew I could become pregnant, but truthfully I had no idea how quickly unprotected sex can lead to pregnancy.

I look back at that time, and I am angry. I don’t blame myself for the way I was raised and the things I was never taught by the people I trusted. I’m angry at a conservative mindset that swore it was protecting me, and instead of protection, I was left completely vulnerable and uniformed about one of the most important life-changing events.

The reality is the more sexual knowledge a young person has, the more empowered they are to make healthy decisions for themselves. Access to education and birth control is so vital for women, especially because it gives us the power to plan our lives, instead of our lives being something that happens to us.

Motherhood was something that happened to me. It wasn’t an active choice I made from the beginning. I love my child with all my heart. He’s here and he’s wonderful, but I still wish someone had told me that I had options before I got pregnant.

I wish someone had said, “I know you want to wait until marriage, but if you don’t, it’s ok and here’s how you can protect yourself if you do make that decision.” We have a responsibility to young women to send them out into this world with as much education about their reproductive health as possible.

Young men need to learn too, but at the end of the day, it's a woman’s body that is now a political battleground. My anger at the Iowa legislature is very personal. These supposed leaders have stripped Iowa women of their right to have ownership of their bodies.

It’s a feeling I know well because I was raised with it, but I thought finally I was free and in control of my own body. It’s hard to express the raw pain I felt waking up after the "heartbeat" bill passed, knowing the Iowa GOP is writing laws to legislate my body.

They are making laws they have no right to make. They feel entitled to my autonomy in a way that is so familiar to me. This is what religion has done to me almost my entire life. The Iowa Republican legislature is governed by a mindset that seeks ownership of a woman’s body and control over her sexuality.

This isn’t about protecting life. This isn’t about protecting young people. This is not and never has been about real protection. This is about power; it's about control. No matter what they say, I know why they are doing this, because I have already lived it. Their false ideas about morality are wrong, but they are not only wrong. They are dangerous.