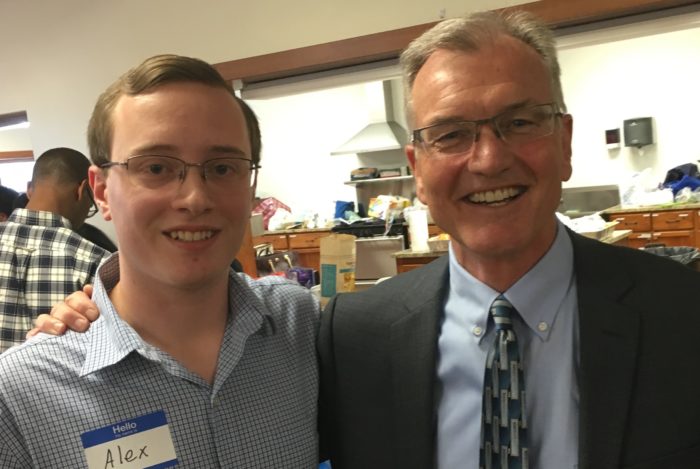 Why I am supporting John Norris for governor

I have been undecided on who I will support for the Iowa gubernatorial race for a long time. There are just so many great candidates to choose from. There was a point where I was wondering if I would ever be able to choose before election day.

But as this race has gone on, one candidate has stood out from the crowd, and that candidate is John Norris. The first time I met John was at a gubernatorial forum in Des Moines last June. He made a strong impression on me as being an honest and genuine person, who isn't afraid to tell it like it is.

John has the experience to be able to implement his platform on day one of the job, which is important because he will need to work hard to reverse all of the bad policies the Republicans have implemented over the last couple of years. John has served as chief of staff to Tom Vilsack, as chair of the Iowa Utilities Board, and in several roles in the Obama administration. John certainly has the most impressive resume of any of the candidates.

But it's not just his vast experience that won me over; it's also his strong progressive policies. He wants to support Iowa's rural hospitals, expand early learning programs, encourage family farms, and expand access to high-quality and affordable childcare. These are strong progressive policies that can win over swing voters in rural Iowa, which is absolutely critical in a statewide run.

John also has a long history of advocating for progressive policies, having organized Jesse Jackson's Iowa caucus campaign in 1988 and having marched with Cesar Chavez for farm workers' rights.

John grew up on the family farm near Red Oak, Iowa, and he still carries those experiences with him today. John has the best chance of winning over swing voters outside of Johnson, Linn, and Polk counties, which is necessary to win a statewide race. In fact, he's been strongly campaigning in small-town Iowa while most of the other candidates have been making the rounds in the bigger cities, only occasionally campaigning in small towns.

Over the course of this long campaign season, John Norris is the one candidate who has stood out to me. He has the skills and experience to win in November and to hit the ground running when he is sworn in as our next governor. But most importantly, he has the genuine personality and policy needed to bridge the gap between urban and rural Iowans. I hope you join me in voting for John Norris for governor on June 5.