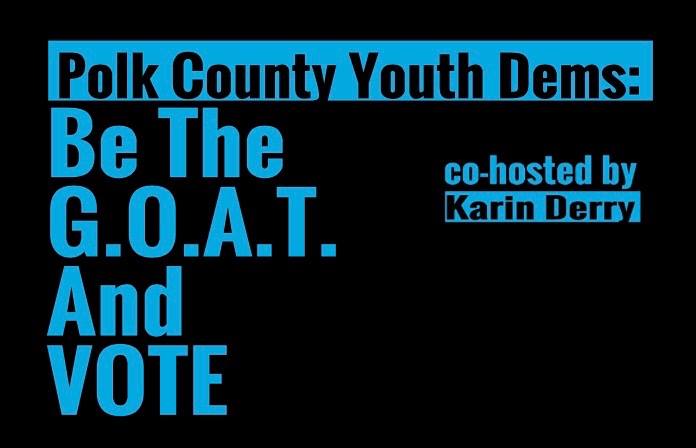 "Be the G.O.A.T. and Vote": Youth registration drive launching

In 2016, as is usually the case, voters 18 to 29 years old had the lowest voter turnout of all age groups. Youth Polk County Dems and Karin Derry, candidate for Iowa House District 39, want to change that in Polk County this November. Together they are launching a youth voter registration drive.

The event will also feature live music by Blues DuJour until 9 p.m. Free food and beverages will be served. Everyone is welcome to attend.

* Greatest Of All Time