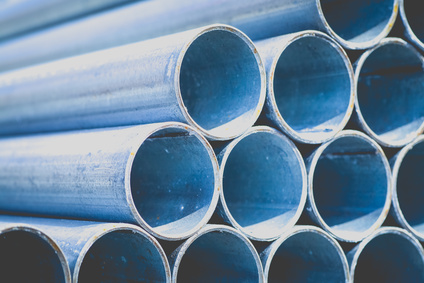 Ed Fallon, a leading opponent of the Dakota Access (Bakken) Pipeline, recently told the Des Moines Register that acts of sabotage were "very misguided," "didn't accomplish anything significant in terms of stopping the pipeline," and "alienated a lot of people who we need on our side." -promoted by desmoinesdem

I want to respond to feedback I received, some of it harsh, to a recent article I wrote about the destruction of equipment along the route of the Dakota Access Pipeline by Jessica Reznicek and Ruby Montoya in 2016/2017. I concede that some of what I wrote previously could have been explained more clearly, so here goes.

I want to start, perhaps not unexpectedly, by clarifying the role of Mahatma Gandhi in my life and work. I first learned of Gandhi when I was 21. Despite aspects of Gandhi’s character that are troubling and deeply flawed, he quickly became my historical mentor. His role in that capacity continues forty years later.

In 1995, I became friends with Gandhi’s granddaughter, Sumitra Kulkarni, and organized a speaking tour for her. Later, when I visited India, I stayed with her before traveling to meet activists who were employing Gandhi’s principles to address current social and environmental injustices. I became very fond of Sumitra, and she of me. She would refer to me occasionally as being like a son to her.

I share these details to underscore how important is my relationship — on a political, spiritual, and personal level — with Gandhi, his family, and his legacy.

Everyone is entitled to the philosophy or religion of their choice, providing they don’t bludgeon others with it. Just as it would be disrespectful, for example, to tell a Catholic that the Pope is a fraud or to tell an atheist that Nietzsche was an idiot, it’s disrespectful for someone to tell me that my interpretation of and dedication to Gandhi’s philosophy is wrong.

Similarly, it was wrong of me to judge the actions of Jess and Ruby using the barometer of my own understanding of Gandhi. As I’ve said in print on two occasions, I admire Jess and Ruby’s passion and courage. I also admire their commitment to a higher moral ideal and their willingness to take great personal risk.

But as I’ve said, strategically, we have to remain focused on the goal of launching a full-scale mobilization against climate chaos. That means building more power through bringing new people into a movement. It means being deeply thoughtful about how to communicate a message that resonates beyond the choir.

In my opinion, torching bulldozers is not an effective strategy. That’s my opinion, to which I’m entitled, just as Jess and Ruby are entitled to undertake the actions they took. For me, an effective action is one that brings new people on board instead of pushing them away.

To be clear, I’m no stranger to poor decisions when it comes to effective strategies. To cite just a few examples:

– A few of the protests I’ve led have proven counter productive.

– Filing over fifty bills my first year as a lawmaker was just dumb.

– Stumping for Ralph Nader in 2000 was ill-conceived. [Editor's note: Fallon discussed that decision and its fallout with Bleeding Heartland in 2016.]

Because the fight to save our earthly home is a fight not only against injustice but against time, we have to challenge ourselves and each other to act wisely, strategically, and civilly. Name calling and public shaming weaken our movement more than any damage opponents might inflict. United, we are strong. Divided, we fall.

As anyone who knows me can attest, I’m always willing to respond to civil conversation. I’m happy to talk about ways we can collaborate, and happy to address differences of opinion.

Ed Fallon is a former Iowa lawmaker who now hosts a weekly talk show and directs Bold Iowa. He can be reached at ed@fallonforum.com.