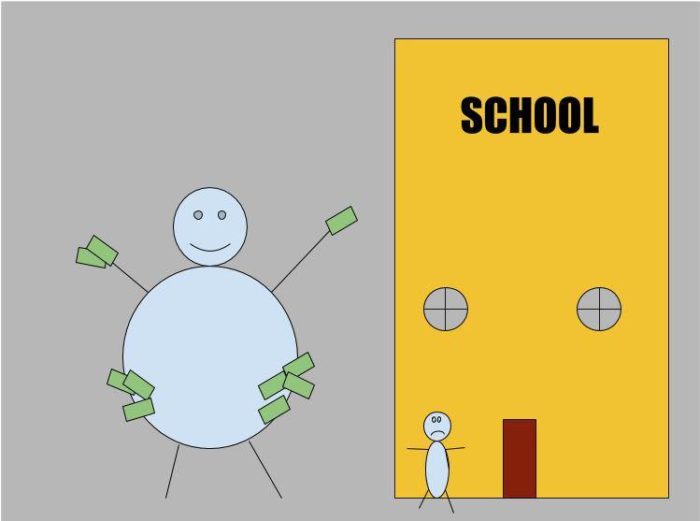 Part 1: How to corrupt a school district

First in a series by Tyler Higgs, an activist and former candidate for Waukee school board. -promoted by desmoinesdem

Let's say you are a corrupt school administrator, and you want to accept kickbacks from vendors, manipulate time cards, and/or take school property. If you work in Waukee, just go ahead and do it. In this instance, crime really pays. Based on what happened with the the district's current chief operating officer Eric Rose, here's what you can expect:

Even if the police find probable cause to support an arrest, the county attorney will decline to prosecute. In addition, the school board will give you a 6 percent raise followed by an additional 2 percent raise. (Note: Lori Lyon was the only Waukee school board member ethical enough to dissent to giving Rose a raise.)

If anyone speaks with investigators about your wrong-doing, don't worry about it. Their jobs can be eliminated, or they can be forced to resign. They might claim retaliation, but the district will probably pay more than $1 million to settle the cases. Who cares? It's not your money; it's the taxpayers’!

There's another benefit to eliminating positions: a similar job can be posted with unusual job qualifications that restrict the job to your friends. For example, you can require a “Juris Doctorate or similar experience” if you want to give a kickback to a lawyer friend.

At this point, outrage from the many scandals might lead local state representatives to ask the Iowa auditor to begin an investigation of the school district. If you are a chief financial officer who was named in a retaliation lawsuit, this would be a good time to resign, like Waukee's Lora Appenzeller-Miller did. It should be easy to find a job with one of the districts’ vendors. Appenzeller-Miller now works for Forecast5, which has provided financial planning services to Waukee schools for years.

Waukee is a great place to be if you are a corrupt school administrator, but corruption doesn’t end at the schoolhouse gate in this Dallas County suburb west of Des Moines. In Part 2, I explore how to corrupt the Iowa House.